Today I’m guest hosting on “Once Upon a Time in the 70s.” If you can please give them a visit and leave a comment…I would appreciate it! They have a great site and they will be guest hosting my site one day this week! Now back to our song…

This one has always been a favorite of mine. Many people I know thought it was a religious song because of Mother Mary but Mother Mary was Paul’s mother. It does have a gospel feel though. 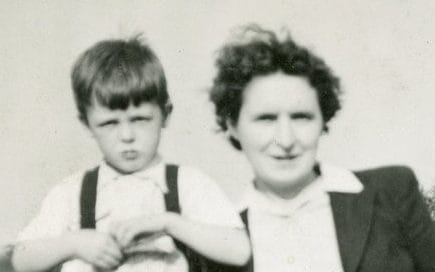 It’s always had a calming effect on me. The song is part of my DNA and although it’s been played quite a bit on radio…I can still enjoy it.

Paul McCartney has said he wrote “Let It Be” and “The Long and Winding Road” on the same day. How is that for a day’s work?

One thing that makes the song unique is what solo are you going to hear from George? The single version of the song has a good solo, but the album version has the best. On January 4, 1970, Paul, George, and Ringo went into the studio to clean up tracks for the album release. George put down one of my favorite solos of all time. It’s the solo that has some growl to it and is highly melodic. Later on, in 2003 when Let It Be Naked was released…yet another version of the solo was on there but not as good as the distorted version.

On October 31st, 1956, Paul’s mother Mary Patricia McCartney had passed away from breast cancer. Paul had said she was the unsung leader of their family. John and Paul bonded later on when John’s mother was killed by getting hit by a car.

At the time some critics didn’t like the album as much. I’ve always liked the raw feel of it. The album contained Let It Be, The Long and Winding Road, Get Back, and I’ve Got A Feeling…plus a song that could have been a single…The Two Of Us. It shows what high standards they were held to.

I bought the Let It Be at a yard sale when I was a kid. The single had a B side that I had never heard of at the time.  The song is called You Know My Name (Look Up The Number). It’s so off the wall it has to be heard…not described. It is basically John and Paul making a comedy record…with Brian Jones of the Rolling Stones on sax.

Mal Evans: “Paul was meditating one day, they were writing all the time, and I came to him in a vision. I was just standing there, saying, “Let it be, let it be,’ and that’s where the song came from. It was funny; I had driven him back from a session one night (at Twickenham Film Studios in London, January 1969) a few months later. It was three o-clock in the morning, it was raining, it was dark in London and we were sitting in the car, just before he went in, just laughing and talking. He said, ‘Mal, I’ve got a new song and it’s called “Let It Be,” and I sing about “Mother Malcolm,” but he was a bit shy. So, he turned to me and said, ‘Would you mind if I said, “Mother Mary,” because people might not understand?’ So, I said, ‘Sure.’ But, he was lovely.”

Paul McCartney: “One night during this tense time, I had a dream. I saw my mum, who’d been dead ten years or so. And it was so great to see her because that’s a wonderful thing about dreams: you actually are reunited with that person for a second; there they are and you appear to both be physically together again. It was so wonderful for me and she was very reassuring. In the dream she said, ‘It’ll be all right.’ I’m not sure if she used the words ‘Let it be’ but that was the gist of her advice. It was, ‘Don’t worry too much, it will turn out okay.’ It was such a sweet dream. I woke up thinking, ‘Oh, it was really great to visit with her again. I felt very blessed to have that dream. So that got me writing the song ‘Let It Be.’ I literally started off ‘Mother Mary,’ which was her name. ‘When I find myself in times of trouble,’ which I certainly found myself in. The song was based on that dream.”

“She was reassuring me, saying, ‘It’s going to be OK, just let it be.’ I felt so great. She gave me the positive words. I woke up and thought, ‘What was that? She said ‘Let It Be.’ That’s good.’ So I wrote the song ‘Let It Be’ out of positivity.”

Since Let It Be was The Beatles’ last album, it made an appropriate statement about leaving problems behind and moving on in life. The album was supposed to convey an entirely different message. It was going to be called “Get Back,” and they were going to record it in front of an audience on live TV, with another TV special showing them practicing the songs in the studio. It was going to be The Beatles getting back to their roots and playing unadorned live music instead of struggling in the studio like they did for The White Album. When they started putting the album together, it became clear the project wouldn’t work, and George Harrison left the sessions. When he returned, they abandoned the live idea and decided to use the TV footage as their last movie. While the film was being edited, The Beatles recorded and released Abbey Road, then broke up. Eventually, Phil Spector was given the tapes and asked to produce the album, which was released months after The Beatles broke up. By then, it was clear “Let It Be” would be a better name than “Get Back.”

According to McCartney, this is a very positive song, owing to its inspiration. One night when he was paranoid and anxious, he had a dream where he saw his mother, who had been dead for ten years or so – she came to him in his time of trouble, speaking words of wisdom that brought him much peace when he needed it. It was this sweet dream that got him to begin writing the song.

Many have been moved by the song on a deeply personal level, including Corden, who broke down when they sang it together. “I remember my granddad, who was a musician, sitting me down and telling me, ‘I’m going to play you the best song you’ve ever heard,’ and he played me that,” he said. “If my granddad was here right now he’d get an absolute kick out of this.” McCartney replied, “He is.”

It was John Lennon who wanted Phil Spector to produce the album. Spector worked on Lennon’s “Instant Karma” and was known for his bombastic “Wall Of Sound” style. McCartney hated Spector’s production, and in 2003 he pushed to have the album remixed and released without Spector’s influence. The result was Let It Be… Naked, which eliminated most of Spector’s work and is much closer to what The Beatles intended for the album. “Maggie Mae” and “Dig It” were removed, and an entirely different guitar solo was used for this song.

The Beatles weren’t the first to release this song – Aretha Franklin was. The Queen of Soul recorded it in December 1969, and it was released on her album This Girl’s In Love With You in January 1970, two months before The Beatles released their version (she also covered The Beatles “Eleanor Rigby” on that album).

Aretha recorded it with the Muscle Shoals Rhythm Section, who were a group of musicians that owned their own studio in Alabama, but would travel to New York to record with Aretha. David Hood, who was their bass player, told us that Paul McCartney sent demos of the song to Atlantic Records (Franklin’s label) and to the Muscle Shoals musicians. Said Hood, “I kick myself for not grabbing that demo. Because I think they probably dropped it in the garbage. Our version was different. We changed it a little bit from his demo, where their version is different from that demo and from Aretha’s version, as well. Just slightly, but little things.”

In April 1987, this was released as a charity single in aid of The Sun newspaper’s Zeebrugge ferry disaster fund. Featuring Paul McCartney, Mark Knopfler, Kate Bush, Boy George and many others, it was called “Ferry Aid” and spent three weeks at #1 in the UK.

Billy Preston added organ and electric piano to this track. Preston was such a significant contributor to the Let It Be album that John Lennon floated the idea of making him a full band member. Preston’s contributions were more than musical: He came in after George Harrison got frustrated with the sessions and quit the band. After his bandmates agreed to his terms (including abandoning a live performance they had planned), Harrison returned to the sessions after 12 days and arranged for Preston to join them. Having Preston there kept tensions at bay and greased the creative gears, allowing them to complete the album that was looking precarious when he arrived.

This was the first Beatles song released in The Soviet Union. The single made it there in 1972.

In 2001, McCartney helped organize the “Concert For New York,” to benefit victims of The World Trade Center disaster. He closed the show with this, inviting the other acts and some New York cops and firefighters on stage to sing with him.

This song was played at Linda McCartney’s funeral.

On July 18, 2008, Paul McCartney joined Billy Joel onstage at Shea Stadium in New York and played this as the final song of the final concert at Shea. As a member of The Beatles, McCartney played the first stadium rock concert when they performed at Shea on August 15, 1965.

Until 1994 and the recordings for “Free As A Bird,” the session for this song on January 4, 1970 was the last Beatles recording session. Lennon wasn’t present that day, as he was on holiday.

A cover by American R&B artist Jennifer Hudson featuring the Roots, who are the house band on NBC’s Late Night with Jimmy Fallon, debuted at #98 on the Hot 100 in February 2010. She recorded it for the Hope For Haiti Now charity telecast after the earthquake that devastated the country. It was the third time the song had entered the US singles chart as Joan Baez’s version peaked at #49 in 1971.

A month after Jennifer Hudson’s version reached the Hot 100, Kris Allen took the song to the chart for a fourth time when his cover debuted at #63. Allen’s cut charted after he performed the song on American Idol, with proceeds from its digital sales benefiting Haiti earthquake relief efforts through the Idol Gives Back Foundation.

John Legend and Alicia keys performed this song on the tribute special The Beatles: The Night That Changed America, which aired in 2014 exactly 50 years after the group made their famous appearance on Ed Sullivan Show. Legend introduced it as “a song that has comforted generations with its beauty and its message.”

Sesame Street used this with the title changed to “Letter B.” The lyrics were changed to list words that begin with B.

Paul sings “Brother Malcolm” in this rough version near the end

And when the night is cloudy there is still a light that shines on me
Shinin’ until tomorrow, let it be
I wake up to the sound of music, Mother Mary comes to me
Speaking words of wisdom, let it be