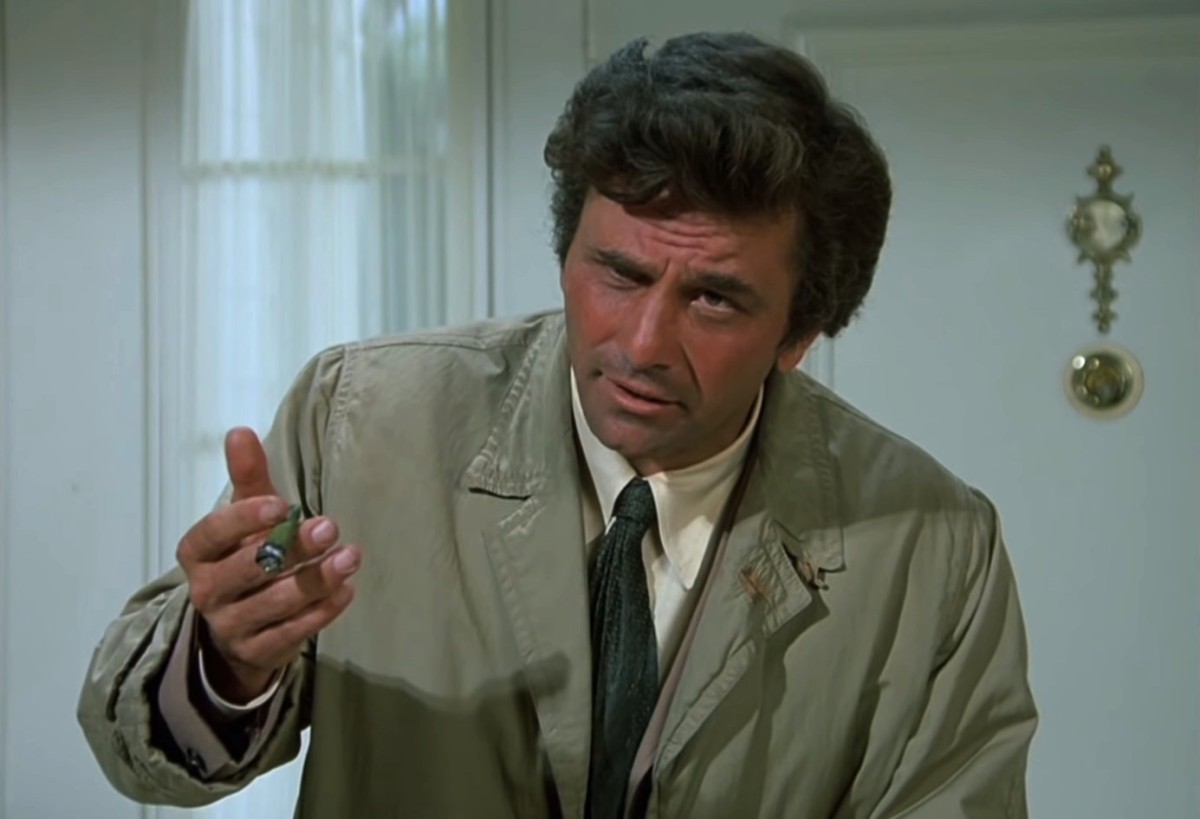 I remember Columbo well when I was a kid but I never watched it much…until the lockdown that we all are going through. Now I know why this show was popular. A detective show that shows you “who done it” before you are into it for 10 minutes. You get enjoyment out of seeing how Columbo can find the killer. Back in the early seventies…Columbo was one of the most popular characters on television.

Peter Falk played Columbo for 35 years and in five different decades (1968-2003) counting the pilots. He looked like a walking unmade bed but was brilliant at solving cases. He would pester his suspect to death…very polite with “I’m sorry” and the main phrase as he was walking away…”There’s just one more thing.” that is followed by “There’s something that bothers me” and so on.

The killer would end up confessing or probably wanting to beg for jail simply to escape him.

The show lasted for 69 episodes. Each episode was over an hour long. It was part of The NBC Mystery Movie program that worked on a rotating basis – one per month from each of its shows. The shows were McMillian and Wife, McCloud, Hec Ramsey, and Columbo. Columbo was taken off the air in the late seventies but came back on the air in the eighties.

Falk had to wear a glass eye because his eye was taken out because of a tumor when he was 3 years old. That made Columbo’s trademark squint. He wore his raincoat and later on had a basset hound. Stories of his wife were always at hand all the while studying his suspect to see if they would slip.

Falk really made that role. If you get a chance to see it…try it. The stories are interesting and you will see some stars you might have forgotten about.