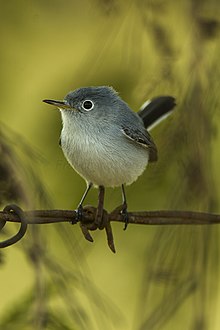 We got her October the 4th and she was 7 months old March 18, 2020. She is like a teenager right now….a big body with a toddler’s mind. She loves grabbing a shoe…not both but one…taking off with it. Many mornings I’ve had to search for my other shoe because of her shenanigans.  She is getting much better about chewing…she doesn’t do it much if any now.

She wants to play 24 hours a day though. Our other Saints were much calmer when they were her age but she is starting to slowly calm down just a little bit. Sometimes though when she is full of energy you brace yourself and get ready for the adventure. She still has a lot of growing to do and so far so good.

I will update again when she is a year old.

Some people have asked me to post an update since I posted about the new puppy we got on October 3rd…Martha…here you go. She has been the most active puppy (and the most clumsy) we have had ever. She is growing into her paws… She will walk through things rather than walk around. Everything has to go in her mouth to chew… but she is fitting in just fine.

When we got her in October I could pick her up with one arm…that is not happening now. She has much more growing to do.

Things will not be boring around our household for the foreseeable future.

After losing Molly last November we decided we were finally ready for another dog. We got her Thursday night and she has more energy than we do by a mile. It’s going to be cool watching her grow and becoming one of us. Her name is Martha and I’m trying to keep up. Hard to believe that one day she will weigh more than some people do.

It’s fun to pick her up and carry her…knowing that won’t be possible in a few months/weeks. We are trying to find every wire, shoe, piece of anything, book, anything she can possibly put in her mouth and chew to bits out of reach.

I hear “no no no no” echoing through our house…that is how I know exactly where she is at that moment. Here are a few pictures…some are blurry because she doesn’t stop moving.