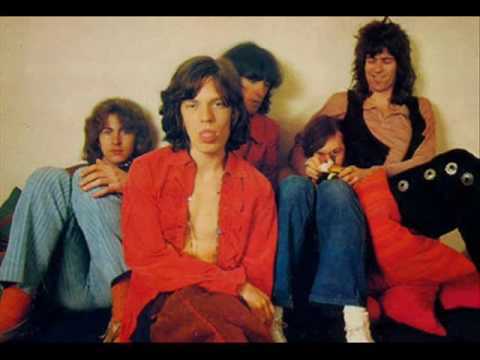 Don’t you think it’s sometimes wise not to grow up?

100 Years Ago has a good melody and it changes it’s focus in the last three-quarters of the way through…a good song with an interesting outro. It’s an album cut and you never hear much on the radio. It’s worth a listen. If you see them in concert and want to hear this song…don’t hold your breath.

It was only played on the first two performances of European Tour of 1973, and has not been performed live since. Come on guys! Play it again…it’s not like the world can’t do without another version of Satisfaction.

I took an instant liking to this song. It starts with a little country influence and then ends with a funky free for all. I have the new version of Goats Head Soup and this one cleaned up really well. 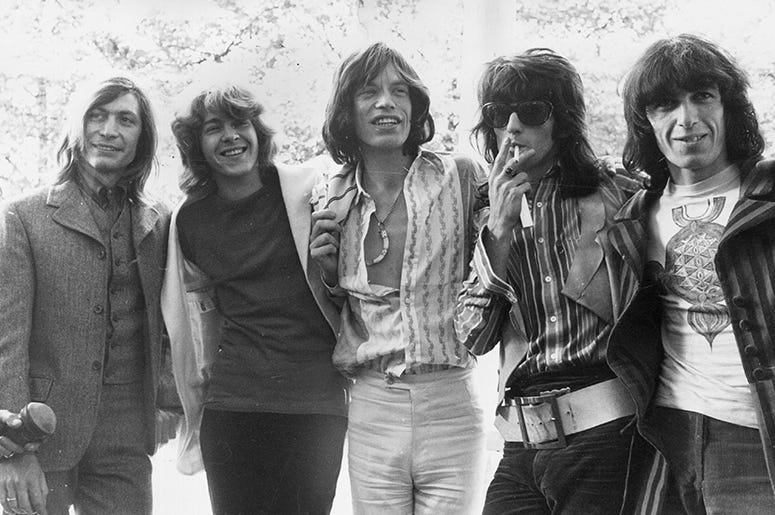 A new old song from the Stones. This song has been in the vault…it will be included with the reissued “Goats Head Soup,” out Sept. 4. Two more unheard tracks will be on the reissue. Thanks to Deke for pointing this song out last week.

“The remastered “Goats Head Soup” box set and deluxe editions will all feature 10 bonus tracks, including “Criss Cross,” the previously unheard “Scarlet,” featuring guitar by Jimmy Page, and a third newly unearthed song, “All The Rage.” All three songs were recorded more than 40 years ago but were never officially released until now. ” 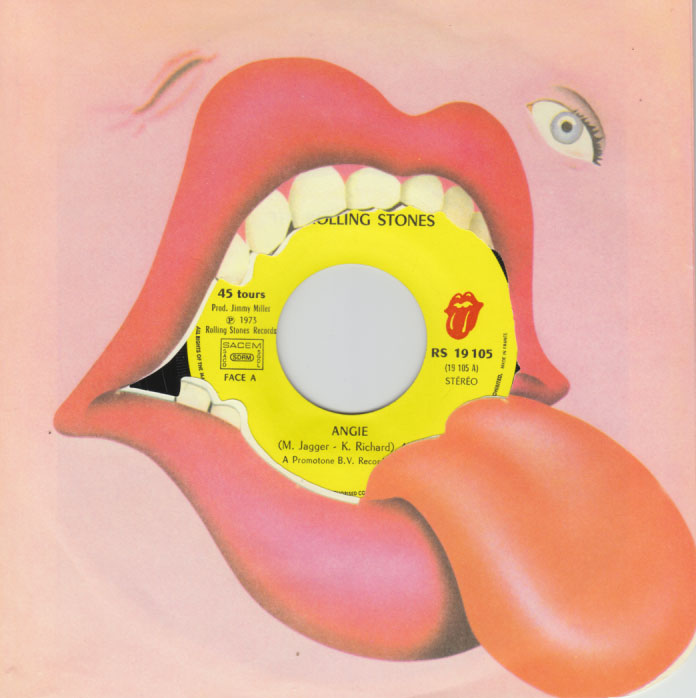 This song is a great ballad by the Rolling Stones. Keith Richards wrote this song in Switzerland after the Exile on Main St. album had been approved by the record company, but before it was released. “Angie” was one of the first songs The Stones recorded for Goat’s Head Soup.

It was on 20 October 1973 that the Rolling Stones secured their 7th US No.1 when ‘Angie’ made the top of the Billboard chart.

It has been speculated that it was inspired by Angie, David Bowie’s wife, or even Keith’s daughter. Keith, who wrote the majority of the song’s music and lyrics. Keith said in his autobiography that the name Angie came to him while in Switzerland detoxing from his heroin addiction. “I wrote ‘Angie’ in an afternoon, sitting in bed, because I could finally move my fingers and get them in the right place again…It was not about any particular person, it was a name, like “Ohhh, Diana””I didn’t know Angela was going to be called Angela when I wrote ‘Angie.’ In those days you didn’t know what sex the thing was going to be until it popped out.”

The big rumor about this song is that it was written about David Bowie’s wife, Angela, who wrote in her autobiography that she once walked in on Bowie and Mick Jagger in bed together – a story Jagger denies. According to the rumor, Jagger wrote this song to appease her, but it was Jagger’s bandmate Keith Richards who wrote most of the song. Jagger had this to say about it: “People began to say that song was written about David Bowie’s wife but the truth is that Keith wrote the title. He said, ‘Angie,’ and I think it was to do with his daughter. She’s called Angela. And then I just wrote the rest of it.”

There was also speculation that Richards’ girlfriend Anita Pallenberg inspired this song, but Keith cleared it up in his 2010 autobiography Life, where he wrote: “While I was in the [Vevey drug] clinic (in March-April 1972), Anita was down the road having our daughter, Angela. Once I came out of the usual trauma, I had a guitar with me and I wrote ‘Angie’ in an afternoon, sitting in bed, because I could finally move my fingers and put them in the right place again, and I didn’t feel like I had to s–t the bed or climb the walls or feel manic anymore. I just went, ‘Angie, Angie.’ It was not about any particular person; it was a name, like ohhh, Diana.

A rare ballad for The Stones, this was the first single released from Goat’s Head Soup. It wasn’t typical of their sound, since most of the band’s material at the time was hard and aggressive. Still, it was a huge hit, and their only ballad that hit #1 in the US.

This is one of the few Rolling Stones songs that is acoustic.

The Angela Bowie rumor picked up steam in 1990, when she went on The Joan Rivers Show and claimed she once walked in on David Bowie and Mick Jagger in bed together naked. What’s even more shocking is that Rivers had her own talk show. She was quickly replaced by Arsenio Hall.

Nicky Hopkins played piano on this track. He became part of the band’s inner circle after working on the 1966 Stones album Between The Buttons.

In 2005 German chancellor Angela Merkel appropriated this acoustic ballad for her Christian Democratic Union Party. “We’re surprised that permission wasn’t requested,” said a Stones spokesman of Merkel’s choice of song. “If it had been, we would have said no.”

The line from this song, “Ain’t it time we said goodbye,” was used as the title to Robert Greenfield’s 2014 book, which chronicles his time covering the Stones’ 1971 British tour and their Exile on Main St. sessions for Rolling Stone magazine. Greenfield is not a fan of the song, however, calling it “soppy and far too sweet for my taste.”

Angie, you’re beautiful, but ain’t it time we said good-bye?
Angie, I still love you, remember all those nights we cried?
All the dreams we held so close seemed to all go up in smoke
Let me whisper in your ear:

Angie, Angie, where will it lead us from here?
Oh, Angie, don’t you weep, all your kisses still taste sweet
I hate that sadness in your eyes
But Angie, Angie, ain’t it time we said good-bye?

With no loving in our souls and no money in our coats
You can’t say we’re satisfied
But Angie, I still love you, baby
Ev’rywhere I look I see your eyes

There ain’t a woman that comes close to you
Come on baby, dry your eyes
But Angie, Angie, ain’t it good to be alive?
Angie, Angie, they can’t say we never tried 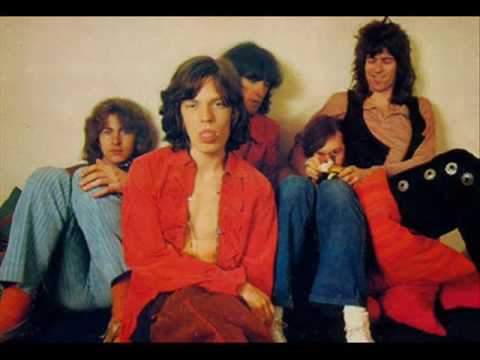 100 Years Ago is a Rolling Stones song off of their 1973 album Goats Head Soup. It’s a song where Jagger is nostalgic which doesn’t happen often…  Some of the lyrics…

Now all my friends are wearing worried smiles
Living out a dream of what they was
Don’t you think it’s sometimes wise not to grow up?

The song has a good melody but it changes it’s focus in the last three-quarters of the way through…a good song with an interesting outro. It’s an album cut and you never hear it much on the radio. It’s a good song and worth a listen. If you see them in concert and want to hear this song…don’t hold your breath.

“100 Years Ago” was only played on the first two performances of European Tour of 1973, and has not been performed live since.