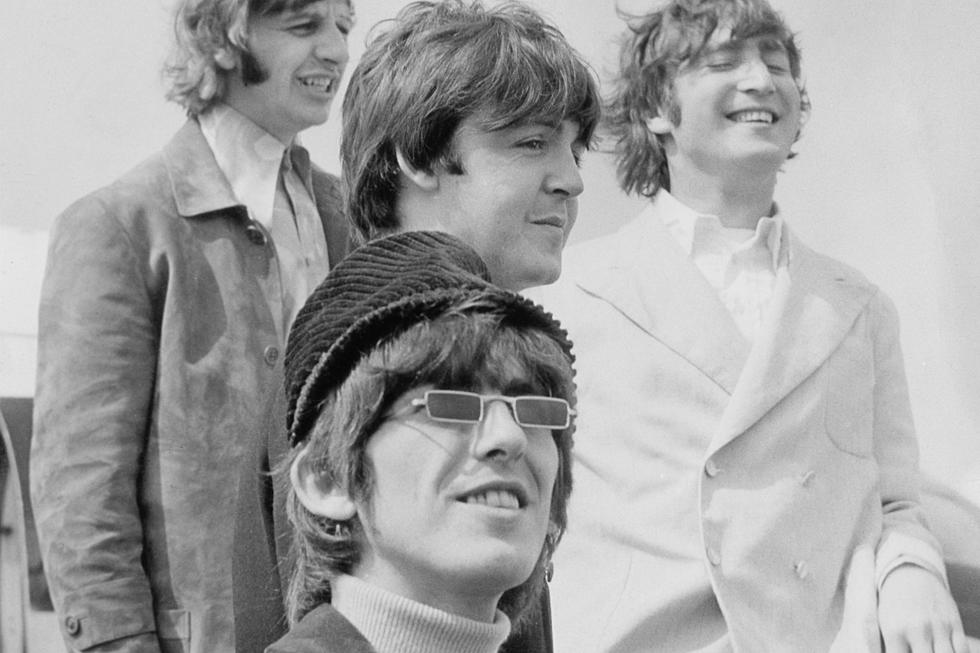 George steps up to the plate on Revolver and knocks it out of the park. If you think you pay too much tax…The Beatles were in a 95% tax bracket.

At the time, high earners paid exorbitant taxes in England. Many successful entertainers left the country so they could keep more of their money. As a result, The Beatles, as well as The Who and The Rolling Stones, spent a lot of time in America and other parts of Europe as tax exiles.

This is a strong one by George and it was the opener for the album. On the song, it wasn’t George that played the solo…it was Paul. It’s a brilliant small solo and adds a lot to the song. Paul played it with an Indian feel for George.

Revolver is the only album on which Harrison has three songs. On all the others he only has two or fewer. On The White Album he had four, but it was a double album so he was only allotted his usual one track per side.

George Harrison: “You are so happy that you’ve finally started earning money – and then you find out about tax. In those days we paid nineteen shillings and sixpence out of every pound (there were twenty shillings in the pound), and with supertax and surtax and tax-tax it was ridiculous – a heavy penalty to pay for making money…It was, and still is, typical. Why should this be so? Are we being punished for something we have forgotten to do?…That was the big turn-off for Britain. Anybody who ever made any money moved to America or somewhere else.”

George Harrison: “‘Taxman’ was when I first realized that even though we had started earning money, we were actually giving most of it away in taxes.”

George Harrison wrote this song. The music was inspired by the theme song for the popular 1960s TV series Batman, which was written and originally recorded by the conductor/trumpeter Neal Hefti, and covered by the surf rock group The Marketts early in 1966 in a version that hit #17 in the US. Harrison was a big fan of the show.

This was the first track on the Revolver album. It was the first song Harrison wrote that was given such prominent position, indicating that he was capable of writing songs as good as Lennon and McCartney’s.

“Mr. Wilson” and “Mr. Heath” are mentioned in the lyrics. They are British Prime Ministers Harold Wilson and Edward Heath, who were being scorned in the song for contributing to English tax laws. Before this song was released, Wilson had presented The Beatles with the award for England’s Show Business Personalities of 1963 at the Variety Club of Great Britain Annual Show Business Awards held on March 19, 1964 in London.

Over the next few years, George Harrison came to realize that money, when you have lots of it, is a rather ephemeral concept and does not translate to happiness. This played into his spiritual awakening. In 1969, he told BBC Radio: “No matter how much money you’ve got, you can’t be happy anyway. So you have to find your happiness with the problems you have and you have to not worry too much about them.”

The fade-out ending is a reprise of the guitar solo as all completed takes of the song ended with John and Paul singing “Taxman!”

There’s been a lot of confusion over who played lead guitar on this track. Harrison said in his 1977 Crawdaddy interview: “I helped out such a lot in all the arrangements. There were a lot of tracks though where I played bass. Paul played lead guitar on ‘Taxman,’ and he played guitar – a good part – on ‘Drive My Car.”

Jeff Emerick said in his book on recording the Beatles that Harrison just couldn’t get the solo right, so Paul played most of the guitar parts, including the solo. The repeat of the solo at the end of the song was the same “exact” solo by Paul, which Jeff dubbed from the middle of the song to another piece of tape and cut into the fade at the end.

Seth Swirsky, who worked as a staff songwriter before producing the Beatles documentary Beatles Stories, told Songfacts: “I think Paul McCartney was one of the greatest guitar players of the ’60s. Nobody really recognized him as an electric guitar player, or an acoustic guitar player, but his leads on ‘Taxman’ and on different songs that you think George played, they ripped. I think George is great, but when Paul played lead on some songs, they tore. They were just very unique. There’s no one like Paul McCartney in the history of the world.”

The guitar solo at the end is a straight copy of the middle-eight. This same solo was later reused as a tape spool on “Tomorrow Never Knows.” >>

“Weird Al” Yankovic recorded a parody of this song called “Pac-Man” in 1981. It was never officially released on any of his albums (possibly because Pac-Man Fever got there first), but a demo version can be found on Dr. Demento’s Basement Tapes No. 4. The song is very faithful to the Beatles’ original, plus some musical and well-placed Pac-Man sound effects. Sample lyrics:

This wasn’t the last Beatles song to question who else is getting their cash. On their 1969 Abbey Road album, Paul McCartney contributed “You Never Give Me Your Money,” where he takes aim at their unscrupulous business partners.

Harrison put some math into the lyrics. In the beginning of the song, he sings, “There’s one for you, 19 for me” before “If 5 percent appears too small.” One of 19 is 5 percent.

In his 1987 reminiscence “When We Was Fab,” it was clear that the taxation of long ago was still on George Harrison’s mind, as he sang, “Income tax was all we had.”

In 2002, H&R Block used this in commercials for their tax preparation service. The ads aired shortly after Harrison died.

Now my advice for those who die
Declare the pennies on your eyes
‘Cause I’m the taxman, yeah, I’m the taxman
And you’re working for no one but me.