Sixteen Blue was inspired by bassist Tommy Stinson. Tommy played his first gig with the Replacements in June of 1980 when he was just 13. The other members were 5-6 years older than Tommy.

Westerberg had witnessed how Stinson had been forced to grow up way faster than most kids, yet still faced the typical teenage issues and doubts. Westerberg also said it was about his lonely teenage years.

The song is on their Let It Be album released in 1984. Let It Be was the first of a three album stretch (Let It Be, Tim, Please To Meet Me) that they are probably best remembered for today.

Peter Jesperson (manager): “Hearing it the first time they did it, at a sound check in Boston, I thought, Jesus, he’s written a song about Tommy.”“Tommy was kind of the mascot of the band, and Paul had written about him in songs before. But this wasn’t just some goofy thing. This was serious and tender.”

Paul Westerberg on why they named the album Let It Be

“We were riding around . . . kicking around silly [album] names and we thought, ‘The next song that comes on the radio, we’ll name it after that.”

“We peed our pants [laughing], and Peter (manager and Beatles fan) is at the wheel, silent as hell, thinking, ‘They’re not going to do this, ““We did it pretty much to piss him off and pretty much to show the world, in a Ramones kind of way, how dumb-smart we were. . . . Just to figure how many feathers we can ruffle.”

Drive yourself right up the wall
No one hears and no one calls
It’s a boring state
It’s a useless wait, I know

Brag about things you don’t understand
A girl and a woman, a boy and a man
Everything is sexually vague
Now you’re wondering to yourself
If you might be gay

Your age is the hardest age
Everything drags and drags
One day, baby, maybe help you through
Sixteen blue
Sixteen blue

Drive your ma to the bank
Tell your pa you got a date
You’re lying, now you’re lying on your back

Your age is the hardest age
Everything drags and drags
You’re looking funny
You ain’t laughing, are you?
Sixteen blue
Sixteen blue…

This is raw, raw, and more raw. It didn’t fit in with the 80s mainstream and is one of the reasons I like it so much.

There are not as many answering machines anymore…although we still have one that is connected to our VOIP phone. We live in the middle of the country where cell phones are iffy sometimes.

Paul is the only Replacement on this song. He did the guitars, percussion, and vocals.

Westerberg liked a girl in Ann Arbor, Michigan, and would court her long-distance. Sometimes he’d call to talk her and get her answering machine instead. He said at the time that he wasn’t a modern person and that technology irritated him. If technology did in the 80s I can’t imagine what he feels today.

He poured that frustration into “Answering Machine.” He considers it one of the best songs he did with the Replacements. The song was on the album Let It Be released in 1984 and is considered one of their best albums. It was ranked number 241 on Rolling Stone‘s list of the 500 greatest albums of all time.

At the song’s conclusion, amid a wall of noise and effects, he would shout out Michigan’s 313 area code; he also threw out a couple others, including New York City’s 212, to cover his bases with a few other girls, just in case.

Paul Westerberg: “There was real passion, and there was a real person on the other end, and that made it all come to life.”

(If you’d like to make a call, please hang up and try again
If you need help, dial the number…)

I get enough of that

(If you’d like to make a call, please hang up and try again…
If you need help…)

This is a perfect song to remember alternative radio with today. This  is Paul Westerberg’s tribute to college radio in the 1980s. Of all the bands I’ve covered on Mondays…this band is my favorite of them all. They were more straight rock and roll with some quirks thrown in for good measure.

Left of the Dial celebrates the spirit of the eighties American indie rock scene and was a tribute to the tiny watt college stations populating the far end of the FM radio band—many let the Replacements crash after shows at campuses. Westerberg had said that is where they got most of their airtime…“We ended up going to college in an odd kind of way.”

The song is also about Westerberg’s infatuation with Lynn Blakey, singer-guitarist for North Carolina’s Let’s Active. They’d met when the bands shared a bill at San Francisco’s I-Beam in the fall of 1983. “He followed me around and bummed cigarettes off me,” recalled Blakey. The following night, after a show in Berkeley, the two spent hours walking together. They would exchange calls and letters as Blakey moved to Athens, Georgia, where she joined Michael Stipe’s sister Lynda in the band Oh-OK. 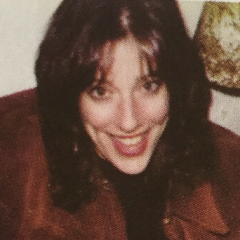 “I figured the only way I’d hear her voice was with her band on the radio . . . on a college station,” said Westerberg. “And one night we were passing through a town somewhere, and she was doing an interview on the radio. I heard her voice for the first time in six months for about a minute. Then the station faded out.” The moment provided the song’s lyric “If I don’t see ya, in a long, long while / I’ll try to find you / Left of the dial.”

The song was on the album Tim and it was released in 1985.

Left of the Dial

Weary voice that’s laughin’, on the radio once
We sounded drunk, never made it on
Passin’ through and it’s late, the station started to fade
Picked another one up in the very next state

Bring your own lampshade
Somewhere there’s a party

This song has just a slight early sixties vibe and shows their expanding repertoire.

Paul Westerberg has said Swingin Party drew on Sinatra’s version of Rodgers and Hart’s standard “Where or When” and The Springfield’s “Flying on the Ground Is Wrong.” It had a trace of Frank and Nancy Sinatra’s “Somethin’ Stupid” and Brian Hyland’s “The Joker Went Wild.” He said if you steal from everything nobody can put a finger on you.

The song’s oscillating rhythms and guitars provided a perfect backdrop for the lyrics.

This song was on their 4th studio album Tim. Yes, they named the album Tim which is pretty funny. It would be the last album founding member and lead guitarist Bob Stinson worked on.

Paul Westerberg: “We named it Tim for no reason at all”.This was the first time we named an album after it was done.We sat around a bar,we were gonna call it Whistler’s Mammy,Van Gogh’s Ear,or England Schmingland.”I think I said Tim and we sat and laughed for a few minutes and then we said,”Why not?”

Paul Westerberg: “One of the reasons we used to drink so much is that it was scary going up onstage. That’s one of the things ‘Swingin Party’ is all about” “The funny thing is, people think you must have all this confidence to get up onstage.”

New Zealand singer Lorde covered Swingin Party”= as the B-side to her second single, “Tennis Court.” The song peaked at #10 in the New Zealand singles chart in 2013.

This is the Replacements 3rd album “Let It Be.” They named it that to joke with their manager who was an obsessed Beatles fan. The song to me sounds like an early Rod Stewart song in style.

While most of the popular music in the world at the time were playing New Wave or Heavy Metal…the Replacements were themselves. No special stage clothes just whatever they were wearing at the time. The word “alternative” was used for the Replacements in the 1980s. Only college stations would play them regularly. They were not good with compromises…and that part took a toll on their popularity…and one of the reasons they are not as well known today.

A band that had one of the best songwriters of the 80s could not get out of their own way and to the masses.

“Unsatisfied” may have been inspired by Westerberg’s developing interest in palmistry. Every palm reader he saw told him that the lines of his hand meant he was doomed to be unhappy forever. The song was a testament to the band’s ad-lib approach. Westerberg barely had any lyrics, save for the “I’m so unsatisfied” hook, and improvised as he sang.

Bob Stinson hadn’t even heard the song before cutting it. “We ran through it one time. Then Bob came in and played along for about half of it. Steve rolled the tape, and that was it,” said Westerberg. “That one was really nice because there was no time to think. He played real well on that—reserved, but with emotion.”

Later on when the Replacements opened up for Keith Richards this song was dedicated to Keith who wrote Satisfaction.

Everything goes
Well, anything goes all of the time
Everything you dream of
Is right in front of you
And everything is a lie (or) And liberty is a lie