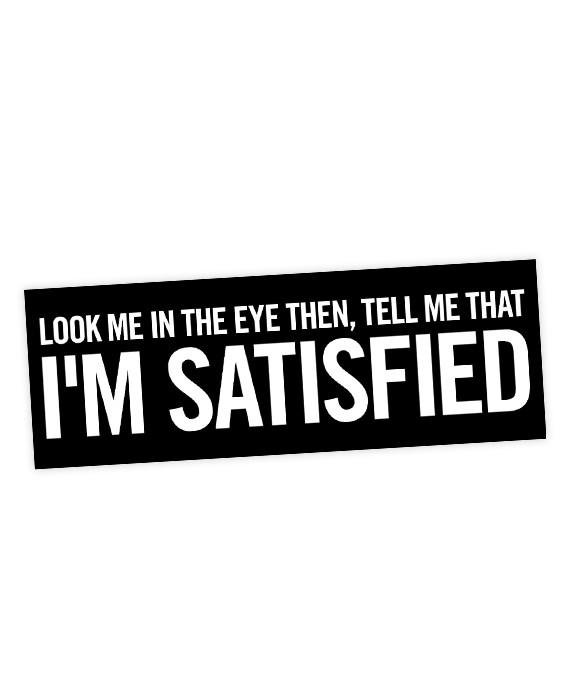 This is the Replacements 3rd album “Let It Be.” They named it that to joke with their manager who was an obsessed Beatles fan. The song to me sounds like an early Rod Stewart song in style.

While most of the popular music in the world at the time were playing New Wave or Heavy Metal…the Replacements were themselves. No special stage clothes just whatever they were wearing at the time. The word “alternative” was used for the Replacements in the 1980s. Only college stations would play them regularly. They were not good with compromises…and that part took a toll on their popularity…and one of the reasons they are not as well known today.

A band that had one of the best songwriters of the 80s could not get out of their own way and to the masses.

“Unsatisfied” may have been inspired by Westerberg’s developing interest in palmistry. Every palm reader he saw told him that the lines of his hand meant he was doomed to be unhappy forever. The song was a testament to the band’s ad-lib approach. Westerberg barely had any lyrics, save for the “I’m so unsatisfied” hook, and improvised as he sang.

Bob Stinson hadn’t even heard the song before cutting it. “We ran through it one time. Then Bob came in and played along for about half of it. Steve rolled the tape, and that was it,” said Westerberg. “That one was really nice because there was no time to think. He played real well on that—reserved, but with emotion.”

Later on when the Replacements opened up for Keith Richards this song was dedicated to Keith who wrote Satisfaction.

Everything goes
Well, anything goes all of the time
Everything you dream of
Is right in front of you
And everything is a lie (or) And liberty is a lie