What other band in the world would not release this song as a single? That alone shows that they had quality as well as quantity. It was on Rubber Soul released in 1965. I always considered Revolver and Rubber Soul sister and brother albums. Rubber Soul was released first and Revolver could have been the continuation of Rubber Soul or the wilder older brother/sister. 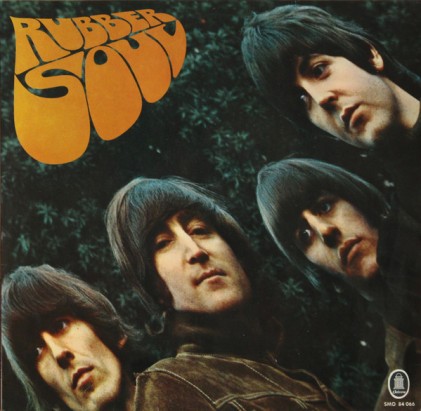 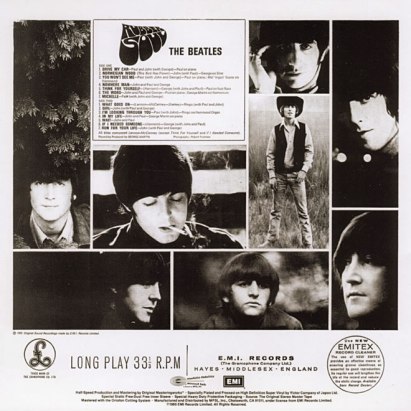 This song is one of the most beautiful songs ever written. We have a short journey through John Lennon’s life up to that point. This song is as close to perfection as you can get.

Pete Pete Shotton, who was a close childhood friend of John, has related how John once told him that the lyric about the friends who were “dead” and “living” was about Stuart Sutcliffe, a close friend and former Beatle who died of a brain tumor in April of 1962, and Pete himself as the “living” friend.

John was picky with Beatle songs. There were some he claimed not to like but this one was one of the songs he was most proud of.

Before his death, Lennon gave an extensive interview with Playboy magazine and the interviewer went down a list of Lennon and McCartney songs. Lennon gave his feelings about each song and who wrote what. McCartney, later on, agreed with most of all John’s memories on who wrote what…except on a couple of songs. John and Paul seem to disagree on two songs in particular: “Eleanor Rigby” and this song.

John claims he wrote everything except the middle eight, which he attributed to Paul. Paul has said that he wrote most of the melody and helped with the lyrics. I tend to believe Paul on this but I’m amazed that they both seemed to agree on most of the other songs. John could write some beautiful melodies but this one sounds like Paul had a lot to do with it.

In the studio, something seemed to be missing so George Martin slowed down the tape and recorded an Elizabethan piano solo. Not that Ringo Starr needs any defending…but people seem to downgrade him because he wasn’t like Keith Moon or John Bonham. No Ringo played for the song…this song is a great example. If he would have been busy it would have ruined it. Ringo played this one perfectly as he did with most other Beatles songs.

This was voted the best song of all time by a panel of songwriters in a 2000 Mojo magazine poll.

Paul McCartney on writing the song: “So I recall writing the whole melody. And it actually does sound very like me, if you analyze it. I was obviously working to (John’s) lyrics. The melody’s structure is very me. So my recollection is saying to John, ‘Just go and have a cup of tea or something. Let me be with this for ten minutes on my own and I’ll do it.’ And with the inspiration of Smokey and The Miracles, I tried to keep it melodic but a bit bluesy, with the minors and little harmonies, and then my recollection is going back up into the room and saying, ‘Got it, great! Good tune, I think. What d’you think?’ John said, ‘Nice,’ and we continued working with it from then, using that melody and filling out the rest of the verses. As usual, for these co-written things, he often just had the first verse, which was always enough: it was the direction, it was the signpost and it was the inspiration for the whole song. I hate the word but it was the template.”

“We wrote it, and in my memory we tagged on the introduction, which I think I thought up. I was imaging the intro of a Miracles record, and to my mind the phrases on guitar are very much Smokey and The Miracles. So it was John’s original inspiration, I think my melody, I think my guitar riff. I don’t want to be categorical about this. But that’s my recollection. We then finished it off and it was a fine song which John sang.”

John Lennon: “’In My Life’ was, I think, my first real, major piece of work. Up until then it had all been glib and throw-away. I had one mind that wrote books and another that churned out things about ‘I love you’ and ‘you love me,’ because that’s how Paul and I did it…It was the first song that I wrote that was really, consciously, about my life…a remembrance of friends and lovers of the past.”

John Lennon:  “I wrote that in Kenwood (his home at the time). I used to write upstairs where I had about ten Brunell tape recorders all linked up, I still have them, I’d mastered them over the period of a year or two – I could never make a rock and roll record but I could make some far out stuff on it. I wrote it upstairs, that was one where I wrote the lyrics first and then sang it.” He added that was usually the case with songs such as this one and “Across the Universe” and “some of the ones that stand out a bit.”

In my life I love you more