The guitar intro to this song is worth the price of admission.

Some rockabilly bands, or roots rock bands, sound like they came in on a nostalgia wave from the 1950s. There is nothing wrong with that but…not the Blasters. They sounded contemporary in the 80s even in the middle of a period where production was at its height. Their music still sounds timely now…years after it was released.

Just the intro to this song sends shiver up my spine. This song was on the Hard Line album released in 1985. This album featured Stan Lynch from Tom Petty and the Heartbreakers on a few tracks and Blasters fan John Mellencamp wrote and co-produced a track (Colored Lights) also.  Hard Line was the Blasters’ final studio album with their original lineup.

Dave Alvin wrote all the songs on the album except the Mellencamp song. He left the band in 1986 for a solo career. He has played in some other bands like X and with The Flesh Eaters. Now he occasionally will rejoin The Blasters on reunion tours with the original lineup.

The song has gained recognition for its appearances in several films and tv shows with its most famous being in the 1996 vampire movie From Dusk Till Dawn of which it is the main theme.

The song was also used in an episode of Miami Vice in 1985.

First of all…Happy 4th of July to those that celebrate it! I also want to thank CB for bringing this song up last year on July 4th. I have posted the X version as well as Dave Alvin’s (who wrote the song) solo version of this song…I also threw in a live version from the Blasters.

This song was released in 1987 on X’s See How We Are album. The album peaked at #107 in the Billboard Album Charts.

This was written by the guitarist Dave Alvin, who had recently replaced Billy Zoom in X. Alvin still had ties with his former band, the Blasters, when he wrote the song, and in early 1986 he recorded the song with the group, with Nick Lowe producing. The sessions when downhill when Lowe decided that Dave should sing the song, not the group’s lead singer, his older brother Phil Alvin. The Blasters album was never released, and it ended up being an X song, with their vocalist John Doe singing it.

Nick Lowe told Dave Alvin something in these sessions that was interesting and career changing. Dave Alvin wrote the song but didn’t think he could sing it but Nick wanted him to. Lowe told him “I can’t sing either, but I’ve somehow made a living doing it.”

Lately I’ve been listening to a lot of Blaster’s music. Dave Alvin seems to cover everything from  blues, rock, rockabilly, country,  Americana and more. Here is a quote from him

I’ve always considered myself as basically a blues guy
but I don’t want to limit myself to what some people define as
blues. The “blues form” and the “blues scale” is a constant
in just about all American folk and roots music as well as jazz
and pop. Because of that, I can hear the blues in country music
as well as in the loud garage band down the block.
As a songwriter, if I feel like writing a polka one day,
I’ll write a polka. If I feel like writing a country song
or a rockabilly song, then I’ll do it. It’s hard enough
writing songs to have to bother yourself with somebody’s
categories.

Dave Alvin: “I wrote a long poem is how it really started,” Alvin said in the Zoo Bar’s upstairs dressing room before his latest show there last month. “It’s based on a true story in my life, back when I was a fry cook in Downey (California). Everything in the song is true,” “There was this little cul-de-sac and there were all these beat-up duplexes. We lived in the upstairs duplex. She didn’t want smoking in the place, so I’d sit on the top of the stairs and just stare at the cul-de-sac.”

“I was just trying to capture that moment. This is long before I even thought of being a songwriter. I was 21, 22 and I looked at the Mexican kids shooting fireworks and I looked at everything and I thought, ‘This is a song.’ Eight years later, I finally wrote it.”

Alvin wrote a third verse, but decided the song had more impact without it, as it leaves the ending up to the listener. He told us: “When X wanted to record the song and we recorded a couple of demos for Elektra, one of the producers, who is a notable musician who shall remain nameless, said, ‘I’m not getting enough. It needs more.’ So, I thought, well, maybe I should pull that third verse back into it? But then I thought, no, it’s getting the point across. They’re either breaking up or they’re staying together.'”

This song is beloved by the band’s fans and has grown in popularity, but it was never a hit. A victim of timing, the late ’80s found X out-of-favor at radio stations, as anything perceived as “Punk” had a hard time getting airplay (Billy Idol excepted). A few years later, Nirvana knocked down that wall, but it was too late for “4th Of July.”

She’s waitin’ for me
When I get home from work
Oh, but things ain’t just the same
She turns out the light
And cries in the dark
Won’t answer when I call her name

What ever happened I
Apologize
So dry your tears and baby
Walk outside, it’s the Fourth of July

On the stairs I smoke a
Cigarette alone
Mexican kids are shootin’
Fireworks below
Hey baby, it’s the Fourth of July
Hey baby, Baby take a walk outside

If I’m feeling a need of some old school driving Rock and Roll/Rockabilly…I look no further than the Blasters. No studio embellishments, no gimmicks, no tricks…just rock and roll.

The Blasters never had mainstream success…but popular radio back in the 80s would have been greatly improved by these guys.

The Blasters are a rock and roll band formed in 1979 in Downey, California, by brothers Phil Alvin (vocals and guitar) and Dave Alvin (guitar), with bass guitarist John Bazz and drummer Bill Bateman.

Marie Marie was released in 1980 on The Blaster’s debut album American Music on the small independent label Rollin’ Rock. It was then re-recorded a year later for The Blaster’s second album The Blasters, released by Slash Records and distributed by Warmer Bros. 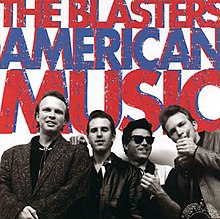 The song was written by Dave Alvin…here he is talking about how he wrote it.

Dave Alvin: “About 30 minutes before we left to go to rehearsal, I sat down at our kitchen table and I just wrote the lyrics – just came to me. I was kind of – I remember being a little kid and we were driving down this road up near the Puente Hills. And there was an old Victorian farmhouse and there was a girl sitting on the porch with a guitar. And for whatever reason, that image stuck with me and so I just wrote that. So in like 20 minutes we had [the song].”

Phil Alvin:  “I thought Joe Turner’s backup band on Atlantic records – I had these 78s – I thought they were the Blues Blasters. That ends up it was Jimmy McCracklin. I just took the ‘Blues’ off and Joe finally told me, that’s Jimmy McCracklin’s name, but you tell ‘im I gave you permission to steal it.”

Marie Marie
Playing guitar on the back porch
I sit in my car
While she sings so sad
Marie Marie
It’s so lonely in these farmlands
Please come with me
To the bright lights downtown
Marie Marie
I said, “Hey, pretty girl Don’t you understand
I just want to be your loving man”
Marie Marie
The sun is down in the corn fields
The evening is dark
And you sing so sad
Marie Marie

Marie Marie
I got two weeks in back pay
There’s gas in my car
And your folks say I must go
I said, “Hey, pretty girl Don’t you understand
I just want to be your loving man”
Marie Marie
Marie Marie
Playing guitar on the back porch
I leave in my car
While you sing so sad
Marie Marie 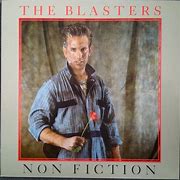 You can hear, feel, and get a thrill from this song that was obviously influenced by early rock and roll. It’s like a car that hits you and just keeps rolling on…and you never catch the license plate…but you still feel honored to get hit by this one.

The Blasters released this song in 1981 and it was off of their self titled album. 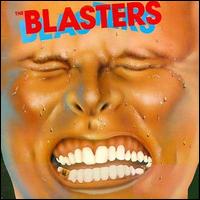 The song was written by Phil Alvin  wh o was the guitarist, singer, and main songwriter for the band.  The band produced a range of “rockabilly, country, blues, and New Orleans roadhouse R&B.”

I have never known the band well but I have recently started to get into them. Just some great pure music with a groove.

Border radio’s greatest asset was the sheer reach of its signal. Free from U.S. regulation, signals ranged from 50,000 to 500,000 watts. Listeners could often hear radio signals coming through barb wire fences, bed springs and dental work. The signal was so powerful that the “X” stations would often overpower stations broadcasting from American soil. Signals from border radio stations could sometimes be heard as far away as Russia… Wolfman Jack came from a Border Radio station.

One more midnight, her man is still gone
The nights move too slow
She tries to remember the heat of his touch
While listening to the Border Radio

She calls toll-free and requests an old song
Something they used to know
She prays to herself that wherever he is,
He’s listening to the Border Radio