Turn off your mind relax and float down stream…

Like “A Hard Day’s Night,” the title came from an expression Ringo Starr used. Ringo’s turn of the phrase took the edge off the heavy philosophical lyrics. Working titles for the song before Ringo gave them inspiration were “Mark I” and “The Void.”

It was on what perhaps is the greatest Beatle album…Revolver.

The inspiration for the song came from a book entitled “The Psychedelic Experience: A Manual Based On The Tibetan Book Of The Dead.” This book was published in August of 1964 by Timothy Leary, Ralph Metzner, and Richard Alpert

The Beatles made “tape loops”…short tapes of grandfather clocks, sitars, seagulls, laughter, and other things. They brought them to the studio and put them together at different speeds, played forward, and backward. That is what you hear at the beginning.

John wanted his voice to…sound like the Dalai Lama chanting from a mountaintop, miles away or like a group of Tibetan monks chanting on a mountain top. Well, that was impractical so John suggested they suspend him from a rope in the middle of the studio ceiling, put a mike in the middle of the floor, give him a push and he’d sing as he went around and around. They didn’t do that either but they ended up putting Lennon’s voice through a Leslie Speaker Cabinet (a rotating speaker cabinet) and that made John happy.

Tomorrow Never Knows was a great innovation. It opened the door to Sgt Pepper and was one of the great psychedelic rock songs.

John Lennon on LSD: “Leary was the one going round saying, ‘take it, take it, take it,’” Lennon remembered in 1980, “and we followed his instructions in his ‘how to take a trip’ book. I did it just like he said in the book, and then I wrote ‘Tomorrow Never Knows,’ which was almost the first acid song: ‘Lay down all thought, surrender to the void,’ and all that sh*t which Leary had pinched from ‘The Book Of The Dead.’”

John Lennon wrote this, and described it as “my first psychedelic song.”

The most overt reference to the book is the line:

The book states: “Whenever in doubt, turn off your mind, relax, float downstream.”

To accompany the psychedelic imagery in Lennon’s lyric, each Beatle created strange sounds which were mixed in throughout the recording, often backward and in different speeds. Their producer, George Martin, was older and more experienced, but he allowed the group to experiment in the studio as much as they pleased.

The night before they recorded this song, Paul McCartney created 16 tape loops of guitar sounds and odd vocals that he brought in to the studio to create some of the effects. Several people remember standing around the room holding pencils for the tape to loop around and back into the recording machine as the various sound effects and instrumentation were faded in and out.

John Lennon used only one chord in this whole song, which creates a hypnotic feeling. For his vocals, he asked producer George Martin to make him sound like the Dali Lama.

Drugs influenced the creation of this song, but the Beatles recorded sober. “We would have the experiences and then bring that into the music later,” Ringo Starr explained.

George Harrison played a droning Indian instrument called a tambura on this track, which added an ethereal feel to the soundscape.

The musical break that comes in about a minute into this song consists mostly of guitars that were heavily processed. This wild passage makes use of just about every studio trick at their disposal, including passing from one channel to the other. Those listening in mono (often in cars) didn’t get the full experience.

This was the first track recorded for the Revolver album, but the last one on the tracklist.

On May 6, 2012, this song was featured in an episode of the popular American TV series Mad Men. The episode was set in 1966, and part of the plot was the ad agency in the show helping a client capitalize on Beatlemania. This was a big deal, since Beatles songs are very rarely licensed for TV shows – at least in their original versions. Cover versions and performances (think American Idol) show up from time to time, since those just have to be approved by Sony/ATV, which owns the publishing rights. Getting permission to use an actual Beatles recording requires permission from Apple Corp, which is controlled by The Beatles and their heirs.

The Wall Street Journal reported the payment for the song at $250,000, and that Mad Men creator Matthew Weiner had to reveal to Apple exactly how the song would be used, which was a big deal since he is very secretive about scripts. In the episode, the main character Don Draper has trouble adapting to changing musical times. He plays this song to see what all the fuss is about, and after a character-developing montage while the song is playing, he switches it off. The song then comes back to play over the closing credits.

Phil Collins covered this on his debut solo album, Face Value, in 1981, using synthesizers to create many of the unusual sounds. Like The Beatles did on Revolver, Collins used it to close the album.

Our Lady Peace remade this song for the soundtrack to the movie The Craft. It’s played during the opening credits.

Oasis pays tribute to this song in “Morning Glory” with the line:

The Beatles were a huge influence on Oasis.

This song is featured on the 2006 Beatles album Love (a soundtrack to the Cirque du Soleil show based on their music) remixed with “Within You Without You.”

Lay down all thoughts, surrender to the void
It is shining, it is shining

Yet you may see the meaning of within
It is being, it is being 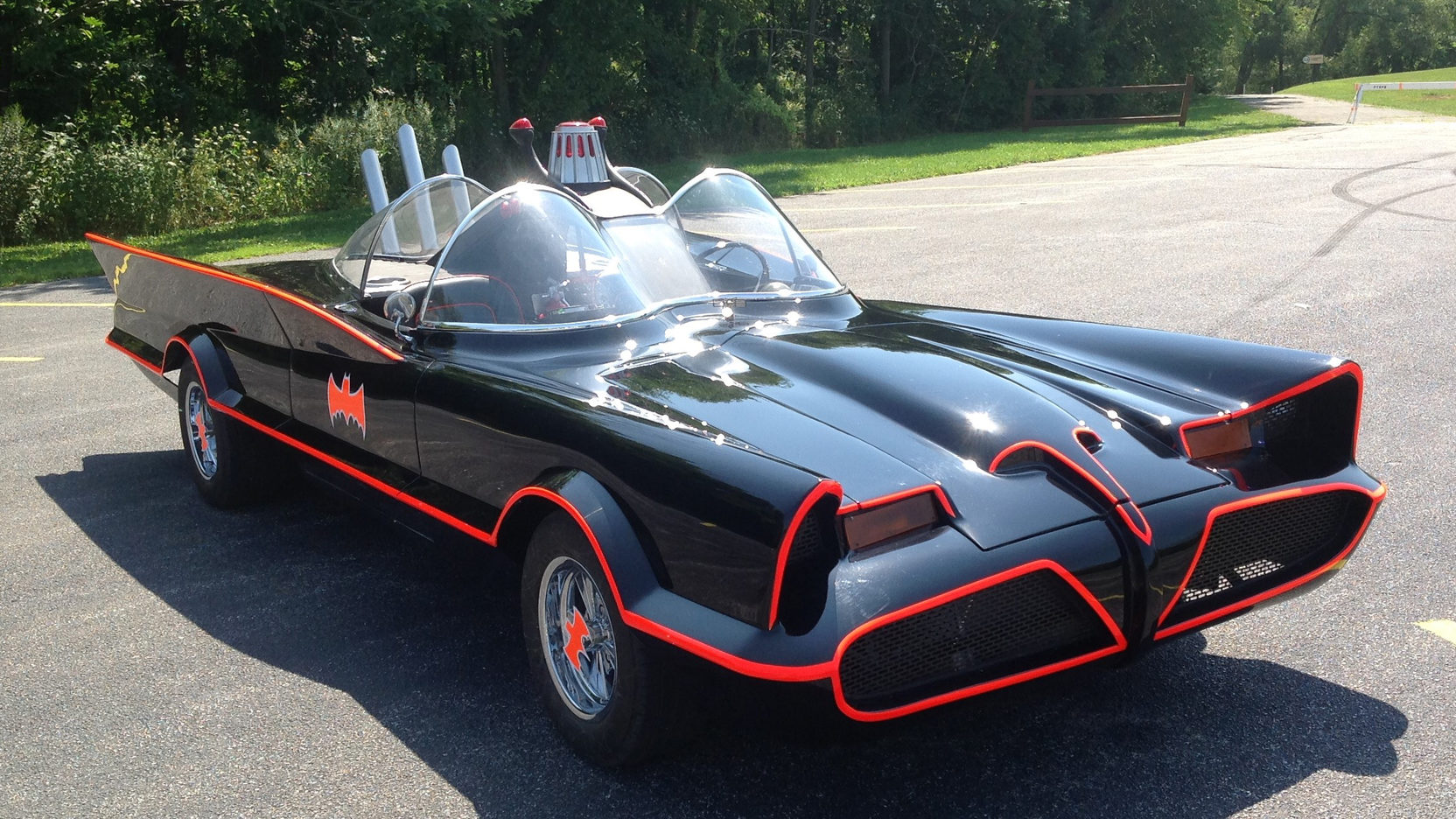 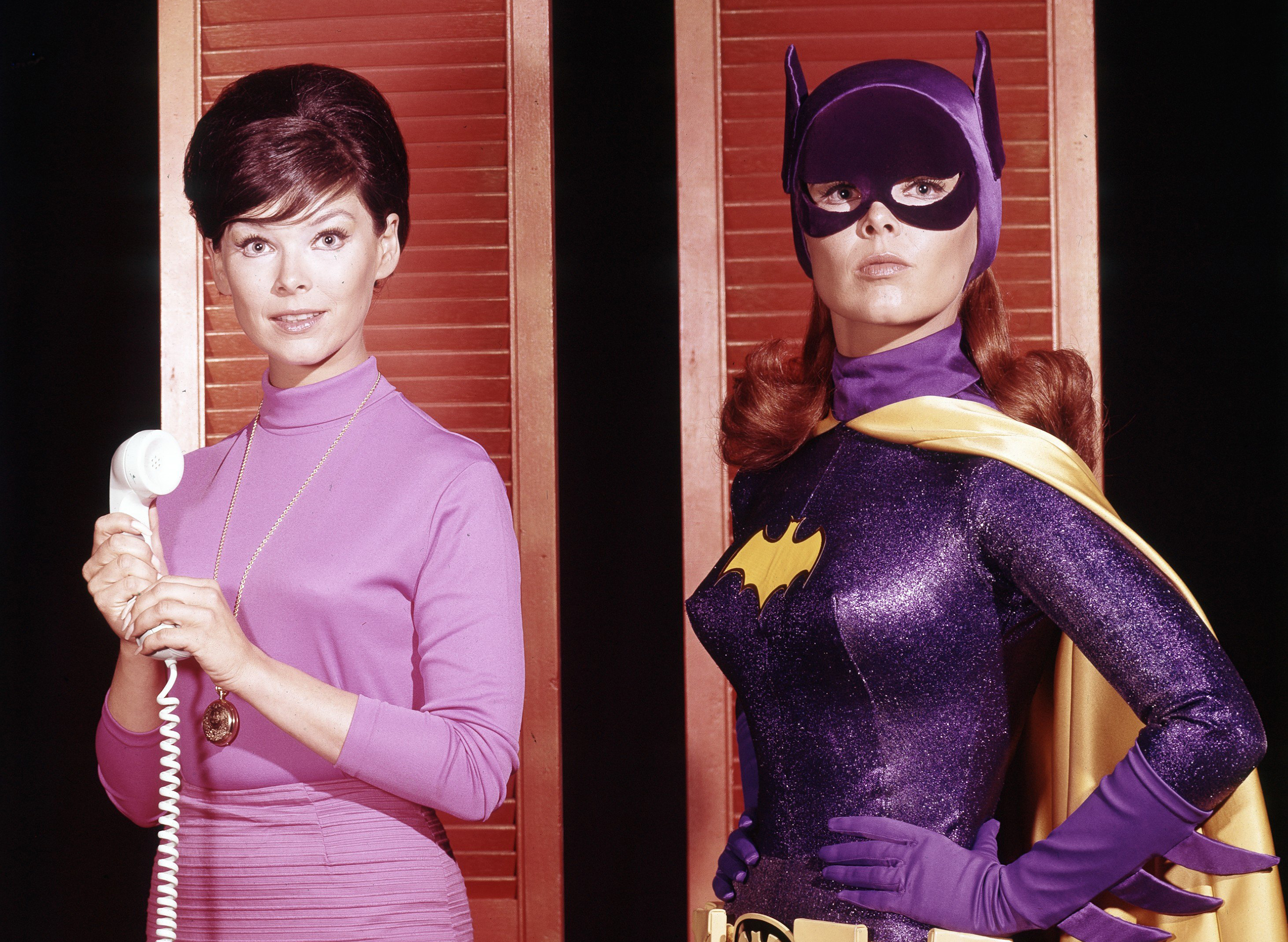 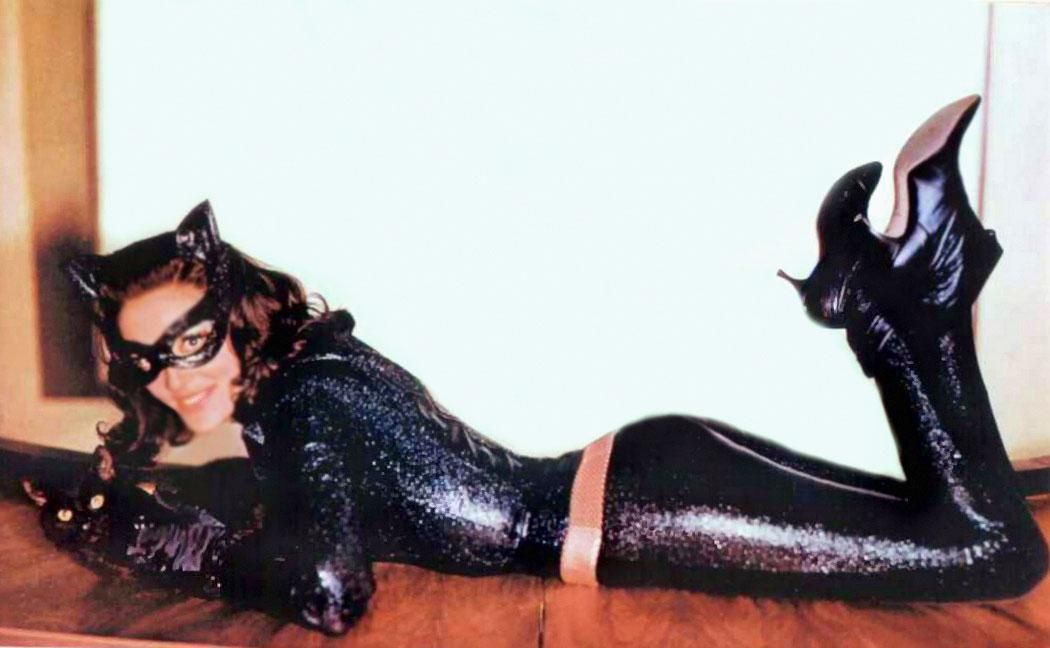 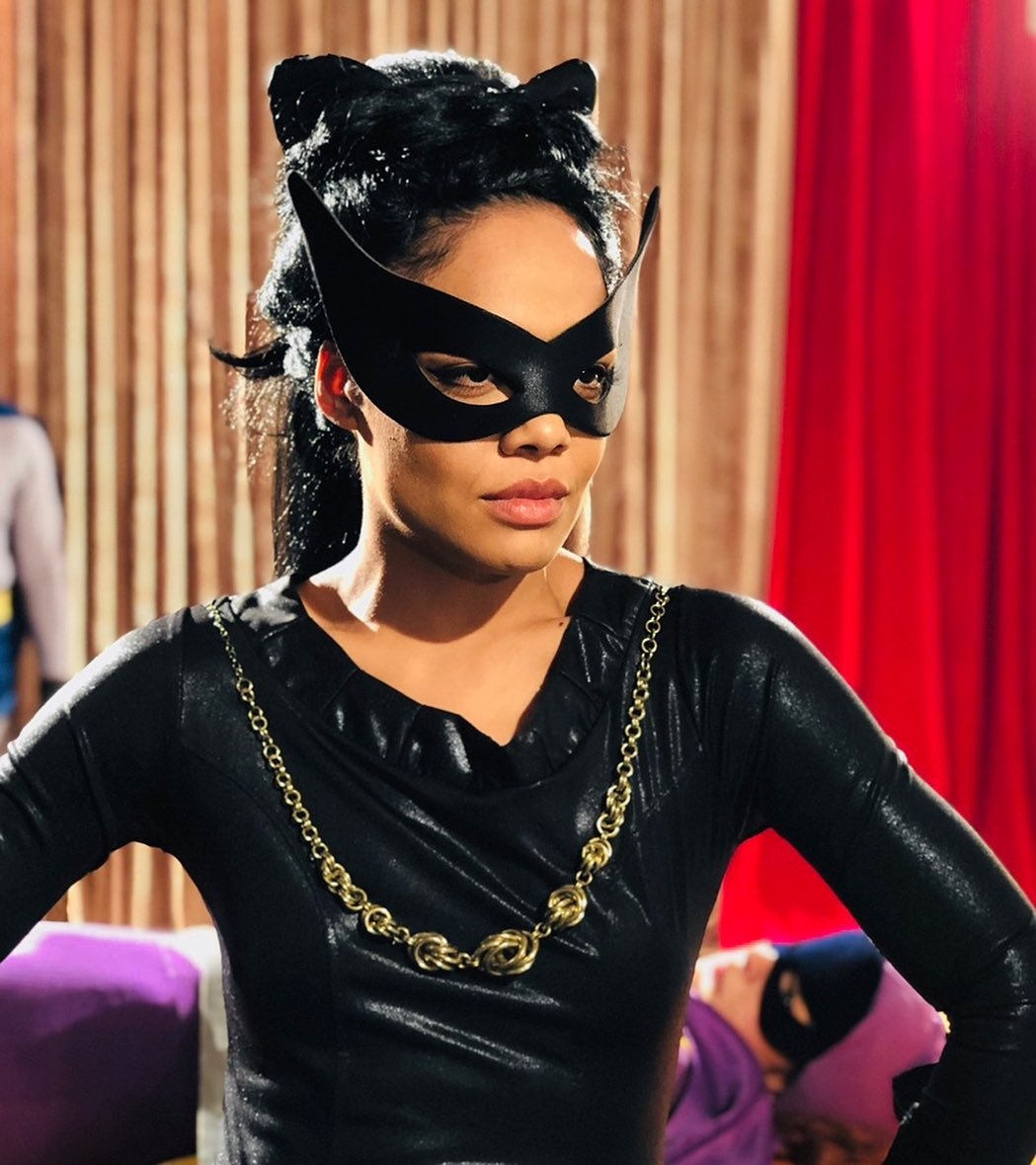 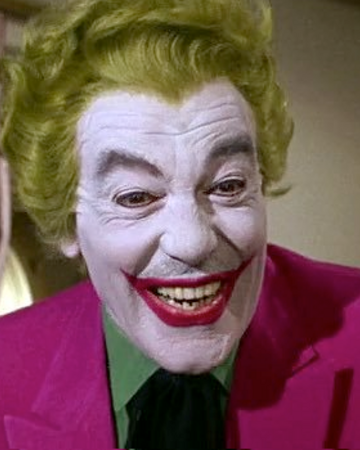 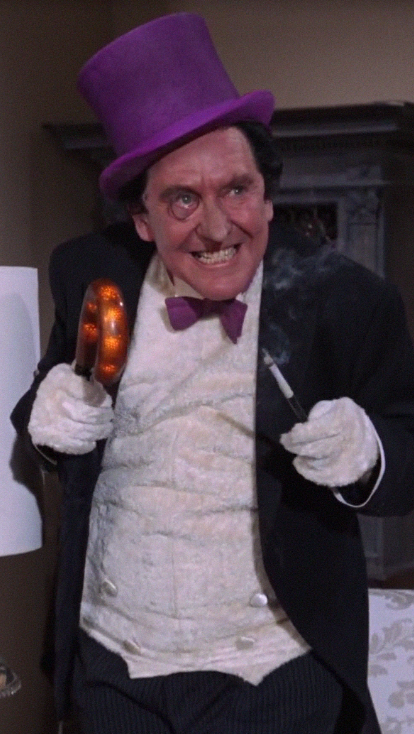 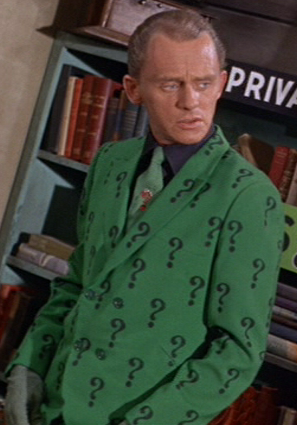 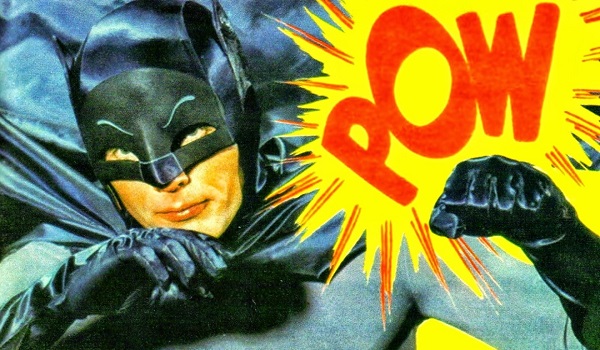 It’s funny how you don’t know what you have when you have it. I was 16 in 1983 and my mom surprised me with my first car. It was used…it cost her 1000 dollars. I thought it was cool and everything but I didn’t know cars. The car was a year older than I was at the time. It was purplish…I currently cannot find a picture of it. Inside was off-white cloth seats with blue carpet…not factory I assure you.

I drove the wheels off of that car. The engine was decent and it didn’t burn much oil at all for an old car.

Was it a perfect car for a 16-year-old boy? NO, it was not the perfect first car for a kid.

My mom had bought me a 1966 Mustang. I still cannot believe I had this car. No sixteen year old should have a classic Mustang…but then again…in 1983 they were not classic yet.

Those cars do not have much room but my friends and I made it work. Our band would have gigs or practice and the four of us would pile into the car…with our amps and drum kit. The passenger back window would not roll all the way up and in winter our drummer would be in the back seat on that side…he said his teeth would hurt because he was so cold when we arrived at our destination with the bass drum in his lap.

The first time it snowed, I got out in the car. I didn’t know what I was doing at all. No one ever taught me how to drive in snow. In middle Tennessee, we don’t get much snow now… but in the 70s and 80s, we did. We got off of school early that day because of the snow so a couple of friends of mine (Kenny and Paul) jumped in the car and we went out exploring the winter wonderland. Kenny was in the backseat with my Epiphone guitar that stayed with me. Paul was riding shotgun and we were happy getting out of school early.

I drove us around most of the day and it was at least 5 inches of very wet snow on the roads. I thought well, this is no problem. That is until we started down a certain snow-covered hill. I did the one thing you don’t do on snow…locked up the breaks. Everything was slow motion when that happened. I suddenly said…”we are going to wreck guys”. I heard a laugh and sure enough, off we went into a creek.

We hit the creek bed with a crunching thud… everybody was tossed around. What was the first thing your humble writer asked? Did I ask how everyone was? No, the first thing I asked was “Hey, Kenny… is my guitar ok?”…Ya, I was a sensitive 16-year-old. They never let me forget that to this day. By the way, the guitar was ok and Paul and Kenny still walk the earth today so no one was seriously hurt.

We had no money on us, we walked through the snow for a couple of miles…me carrying my guitar to a friend’s house and I borrowed $25 for a tow truck.

I was extremely lucky with the Mustang. The only damage was the passenger side fender. It took me months to find a fender for that car. I finally had to order it from a junkyard and it cost me 75 dollars in 1984.

In 1985 the Mustang broke down and I got another car instead of getting it repaired but not after racking up a lot of mileage and fun… You only get one first car…and mine was something to remember. Now when I see an old Mustang I think of how I wish I would have appreciated mine more.