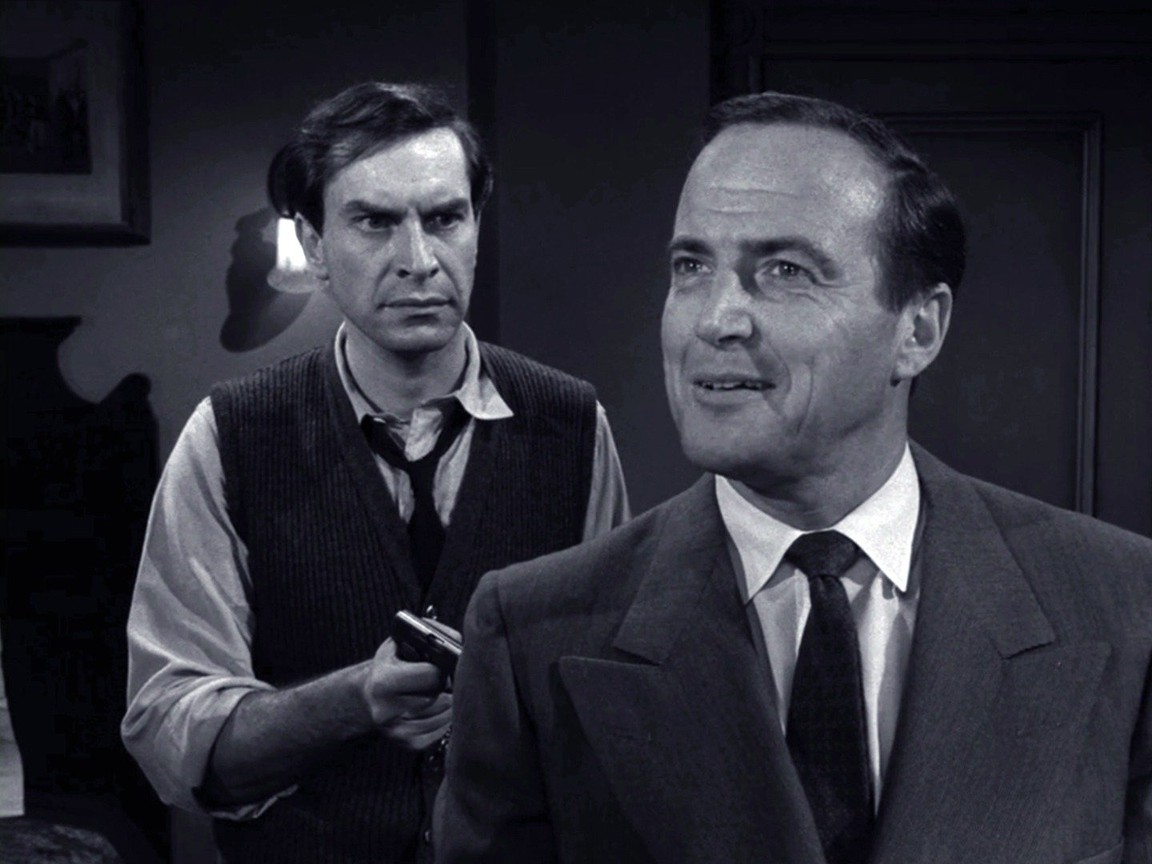 This is another episode in which I’m in the minority. I rated this one a 4 1/2 -star episode though not many have rated it that high. This one is great. It’s not exactly Twilight Zone-ish. You won’t see science fiction in this one. It could be a separate spy show or something out of a James Bond film. Martin Landau plays Major Ivan Kuchenko and he escaped from the Soviet Union to find freedom. He plays a cat and mouse battle between him and his KGB opponent John van Dreelen who plays  Commissar Vassiloff.

You could call this one from a different era… a Cold War film but wait…the era may not be so far gone anymore. Thrilling and suspenseful and worth a watch. It’s one of the highlights of the 5 season. The battle of wills between Kuchenko and Vassiloff is very entertaining.

The cast of characters—a cat and a mouse, this is the latter. The intended victim who may or may not know that he is to die, be it by butchery or ballet. His name is Major Ivan Kuchenko. He has, if events go according to certain plans, perhaps three or four more hours of living. But an ignorance shared by both himself and his executioner, is of the fact that both of them have taken the first step into the Twilight Zone.

After spending twelve years in a Soviet prison, Major Ivan Kuchenko has fled his homeland and is now in transit in a third country hoping to soon leave and seek asylum in the USA. He is not alone however as Commissar Vassiloff, his torturer during his imprisonment, has caught up with him. Vassilof could easily kill him – he has an assassin with him, Boris – but he decides to give him a chance to walk away. He’s placed a bomb in Kuchenko’s room and he gives the Major 3 hours to find and disarm it. Kuchenko proves himself to be a worthy adversary.

Major Ivan Kuchenko, on his way West. On his way to freedom: a freedom bought and paid for by a most stunning ingenuity. And exit one Commissar Vassiloff, who forgot that there are two sides to an argument – and two parties on the line. This has been the Twilight Zone.