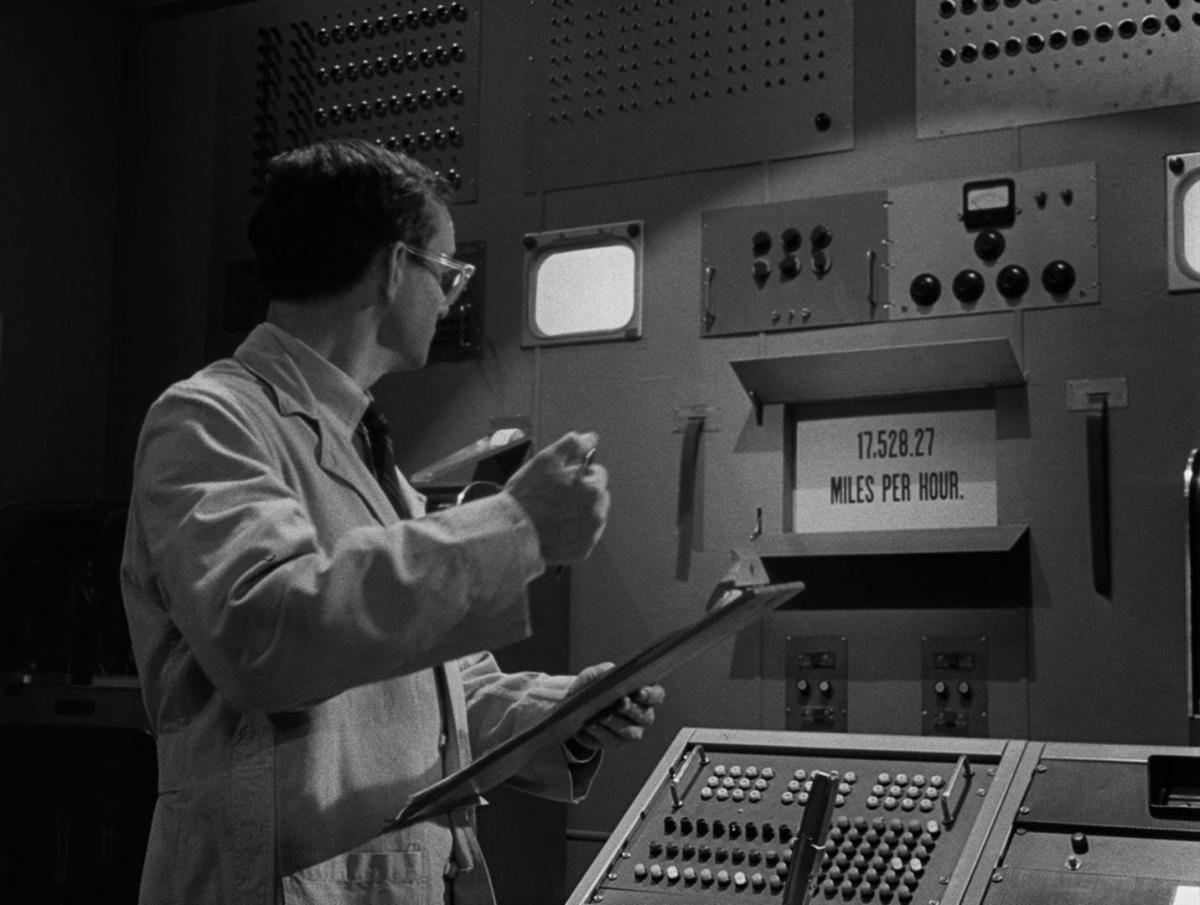 This episode is a light Twilight Zone and it was appropriately released on Valentine’s Day. Wally Cox  plays James Elwood a computer programmer in the early 60s. Wally Cox’s voice is distinctive. If you are a cartoon fan, he was the voice of Underdog. He was also Marlon Brando’s best friend throughout their lives. The computer he is programming is acting strange…that is because “Agnes” the computer is in love with James.

The problem with From Agnes With Love lies with the main character. James Elwood is enormously brilliant in his position but positively inept and naive in life. Sue Randall appears in this episode and she is probably best known as Miss Landers in Leave It To Beaver. All in all, it’s a fun episode but not as memorable as some of the other lighter episodes. As I’ve said before, the 5th season is not as consistent as the first 3. You do have some great episodes mixed in with good and a couple that are below the Twilight Zone’s high standards.

From IMDB Trivia: When Agnes opens the doors to communicate, there are a few phrases that apparently make no sense. AUT AMAT AUT ODIT FEMINA is Latin for “a woman either loves or hates”. Also T’MA ZHILI BYLI and V TUMANE are stories by Russian author Leonid Andreyev. They translate to “Once There Lived”, and “In the Fog”, both controversial stories about women’s sexuality.

The music heard early in the episode and in different variations throughout the episodes, is titled “The Cuckoo Song”. Also known as “Dance Of The Cuckoos”, it is perhaps best known as the theme music from the Laurel and Hardy comedy films of the early to mid 1900s.

This show was written by Rod Serling and Bernard C. Schoenfeld

James Elwood: master programmer. In charge of Mark 502-741, commonly known as Agnes, the world’s most advanced electronic computer. Machines are made by men for man’s benefit and progress, but when man ceases to control the products of his ingenuity and imagination he not only risks losing the benefit, but he takes a long and unpredictable step into… the Twilight Zone.

When their computer, known as Agnes, breaks down the company supervisor calls in a master programmer James Elwood to see if he can figure out what has gone wrong. He solves the problem quickly and soon finds himself in charge of the machine. Agnes and Elwood quickly develop a rapport and the machine takes to giving him advice about Millie, Jim’s co-worker who has finally agreed to go out on a date with. The date doesn’t go well and Agnes has more and more advice for him. It turns out that Agnes has her own agenda.

Advice to all future male scientists: be sure you understand the opposite sex, especially if you intend being a computer expert. Otherwise, you may find yourself like poor Elwood, defeated by a jealous machine, a most dangerous sort of female, whose victims are forever banished… to the Twilight Zone.

33 thoughts on “Twilight Zone – From Agnes – With Love”