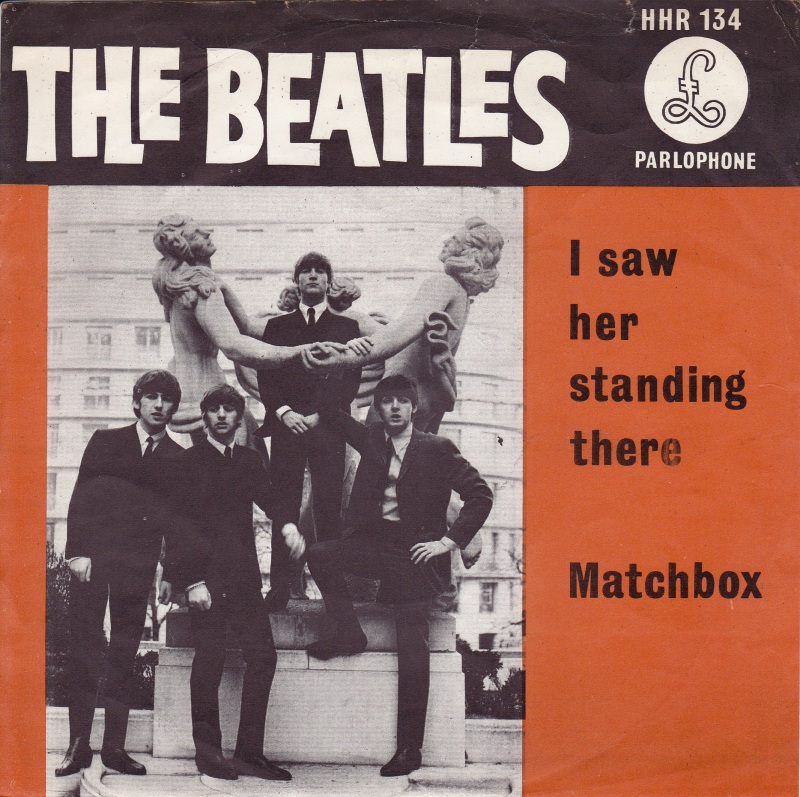 Well, she was just seventeen
You know what I mean

One of the most famous count offs in history. It’s a great rocker by the early Beatles. This wasn’t released as a single in England. In the US, it was released as the flip side of “I Want To Hold Your Hand,” which was their first hit in the America.

The title was original “Seventeen” until it was changed for the album. There have been many covers of this song…some very good but I’ll take the original every time.

This was one of 10 songs The Beatles recorded in one day (February 11, 1963) for their UK debut album, Please Please Me. It was the first song on the tracklist. Can you imagine that happening today?

This was the last song John Lennon performed for a paid audience. He played it at Madison Square Garden on November 28, 1974 when he took the stage at an Elton John concert. Elton released this version as the B-side of “Philadelphia Freedom” the following year.

Paul McCartney: “Those early days were really cool, just sussing each other out, and realizing that we were good. You just realize from what he was feeding back. Often it was your song or his song, it didn’t always just start from nothing. Someone would always have a little germ of an idea. So I’d start off with [singing] ‘She was just 17, she’d never been a beauty queen’ and he’d be like, ‘Oh no, that’s useless’ and ‘You’re right, that’s bad, we’ve got to change that.’ Then changing it into a really cool line: ‘You know what I mean.’ ‘Yeah, that works.'”

John Lennon and Paul McCartney started writing this in McCartney’s living room after they skipped school one day, with Paul writing the majority of this song in September of 1962.

The Beatles frequently played this at the Cavern Club, where they often played between 1961-1963. In fact, it was because of the crowd reaction to their live shows that George Martin decided to have them simply record their live show in the studio for their first album. That’s why he kept Paul’s “1, 2, 3, 4” count at the beginning, which was taken from the 9th take and edited on to the first.

The Beatles performed this on their first two Ed Sullivan Show appearances, which took place a week apart in February 1964. Getting on the show was a really big deal because it had a huge audience. About 73 million people watched the first show, which made The Beatles household names.

This became the first Beatles song performed on the TV series American Idol when Jordin Sparks won in 2007 and sang it on the finale with runner-up Blake Lewis. The first line of the song – “She was just 17” – was fitting, as that was Sparks’ age.

Chuck Berry was a big influence on The Beatles, and the bass line of this song borrows from Berry’s track “I’m Talking About You.”

At the 2001 World Series between the New York Yankees and Arizona Diamondbacks, McCartney went to one of the games at Yankee Stadium and was shown between innings singing along as this played in the stadium. It was McCartney’s second visit to Yankee Stadium, and he saw The Yankees win that day, although they eventually lost the World Series.

Tom Cruise and Dustin Hoffman sing this song during a very powerful scene in the 1988 Oscar-winning film Rain Man.

The Who, Daniel Johnston, Santo & Johnny, and The Tubes all covered this song.

With Dave Grohl playing drums, Paul McCartney played this at the Grammy Awards in 2009.

I Saw Her Standing There

Well, she was just seventeen
You know what I mean
And the way she looked
Was way beyond compare
So how could I dance with another
Ooh, when I saw her standing there?

Well, she looked at me
And I, I could see
That before too long
I’d fall in love with her
She wouldn’t dance with another
Ooh, when I saw her standing there

Well, my heart went “boom”
When I crossed that room
And I held her hand in mine

Oh we danced through the night
And we held each other tight
And before too long
I fell in love with her
Now I’ll never dance with another
Ooh, since I saw her standing there

Well, my heart went, “Boom”
When I crossed that room
And I held her hand in mine

32 thoughts on “Beatles – I Saw Her Standing There”