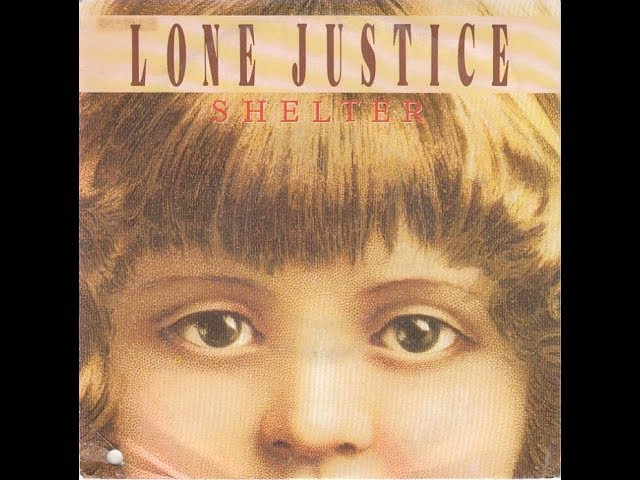 Dolly Parton: “it makes me so happy that after all of these years they are still Lone Justice with Maria, the greatest girl singer any band could ever have. ”

If I could have controlled the outcome of the 80s…Maria McKee and Lone Justice would have been huge. She is one of my favorite singers of that decade. I had friends listening to more commercial music…while I was stuck on Maria.

Lone Justice had all the potential in the world, but ended up more of a cautionary tale. They had a charismatic lead singer with Maria McKee, a big time producer in Jimmy Iovine, the backing of a major label and contributions from Tom Petty, Bob Dylan, Little Steven, and many more. The problem is none of these people knew what to do with their blend of classic country and punk leaving Lone Justice to wither on the vine. One problem is that Geffen just was not patient enough.

Lone Justice was formed in 1982 and played rockabilly and country music as part of the cowpunk scene.

After signing with Geffen, the band recorded their debut album, and hit the road, opening for U2. They hype was in overdrive and the pressure was on.

The critics loved the album but it didn’t sell well. I first noticed them with the song Ways To Be Wicked that was written by Tom Petty and Mike Campbell. I personally thought that one would hit the top ten…I was wrong yet again. The album could not meet the expectations of all of the hype and failed to connect with a rock audience.

For their 2nd album, a new lineup was thrown together. Their album Shelter was released in November of 1986 and saw the newly assembled group shift away from its rockabilly sound to a more polished pop sound, with synthesizers and drum machines. I will admit I didn’t like this as much as the debut album. The band broke up not too long after this album.

Shelter peaked at #47 in the Billboard 100 and #26 in the Mainstream Rock Tracks.

In 2014 This Is Lone Justice: The Vaught Tapes, 1983 was released…this was pre-Geffen recordings with old country, traditional, and a few originals. I will be posting something from that collection.

I have loved Lone Justice and Maria McKee since they first started out as a group. I remember going to see them at The Music Machine in Los Angeles in 1984. I was so impressed that I told everybody about them and encouraged different management people to manage them. I remember that different management groups and record labels wanted to break the group up and record the band and Maria as separate acts. And I remember hearing that they did not want to separate. No matter what might have gone on in the years between, it makes me so happy that after all of these years they are still Lone Justice with Maria, the greatest girl singer any band could ever have. Maria has such charisma and stage presence. I love her voice and her vocal style as well as the way the plays that big ol’ guitar and how she looks while she is playing it. I especially love this new CD. It has some of my favorite old songs on it and some new favorites that I’ve never heard. Hope you enjoy Lone Justice everybody…I know I will.

Respectfully and musically yours.
Dolly Parton 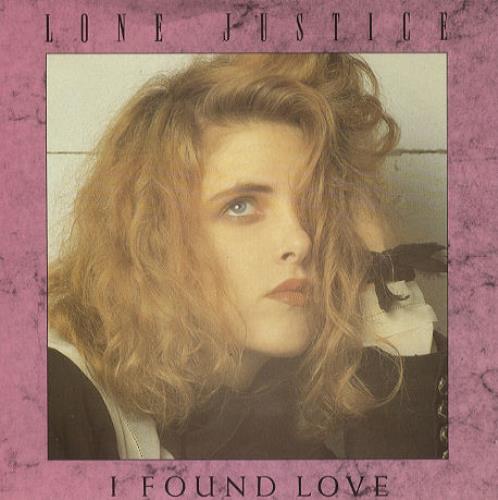 This is a band I had a lot of hope for in the eighties. After Ways To Be Wicked I thought they would be more successful than they ended up being. This song didn’t chart in the US but did make it to #45 in the UK.

It was off of their second album Shelter released in 1986. The album peaked at #62 in the Billboard Album Charts. They started off as a country-rock band in the early eighties. At the urging of Linda Ronstadt, who was impressed by their live shows, they were awarded a contract with Geffen Records…their self-titled debut appeared in 1985, followed by a tour in support of U2. Still, despite good press and media hype, Lone Justice failed to sell…produced by Jimmy Iovine, it failed to connect with either country or rock audiences. 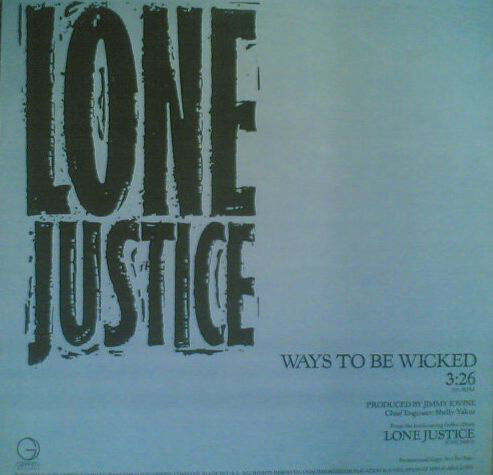 First time I heard this song I loved it. It was by a group called Lone Justice with lead singer Maria McKee. The song was Ways to be Wicked and it was written by Tom Petty and Mike Campbell. I loved McKee’s voice.

In 1985 the song peaked at #29 in the Mainstream Rock Charts and #77 in the UK. This is a surprise to me because I heard the song quite a bit back then and thought it charted higher. They had two more songs that come to mind. “I Found Love” and “Shelter”. They should have made it further than they did. Maria did have a number 1 in the UK with “Show Me Heaven” in 1990.

Ways To Be Wicked

Honey, why you always smile
When you see me hurt so bad?
Tell me what I did to you, babe
That would make you act like that?

Well, you know so many
Ways to be wicked
Ooh, but you don’t know one little thing
About love

Well, I can take a little pain
Yeah, I can hold it pretty well
I can watch your little eyes light up
While you’re walkin’ me through Hell

Well, you know so many
Ways to be wicked
But you don’t know one little thing
About love

Those cobra eyes
Lie with a smile
Baby you take pride
In the devil down inside, yeah

Well, I can take a little pain
Yeah, I can hold it pretty well
I can watch your little eyes light up
While you’re walkin’ me through Hell

Well, I’ve been your fool before
Yeah, and I probably will again
You ain’t afriad to let me have it
No, you ain’t afraid to sitck it in

Well, you know so many
Ways to be wicked
Ooh, but you don’t know one little thing
About love

Well, you know so many
Ways to be wicked
Yeah, but you don’t know one little, one little thing
About love

Yeah you know so many
Ways to be wicked
But you don’t know one little, one little