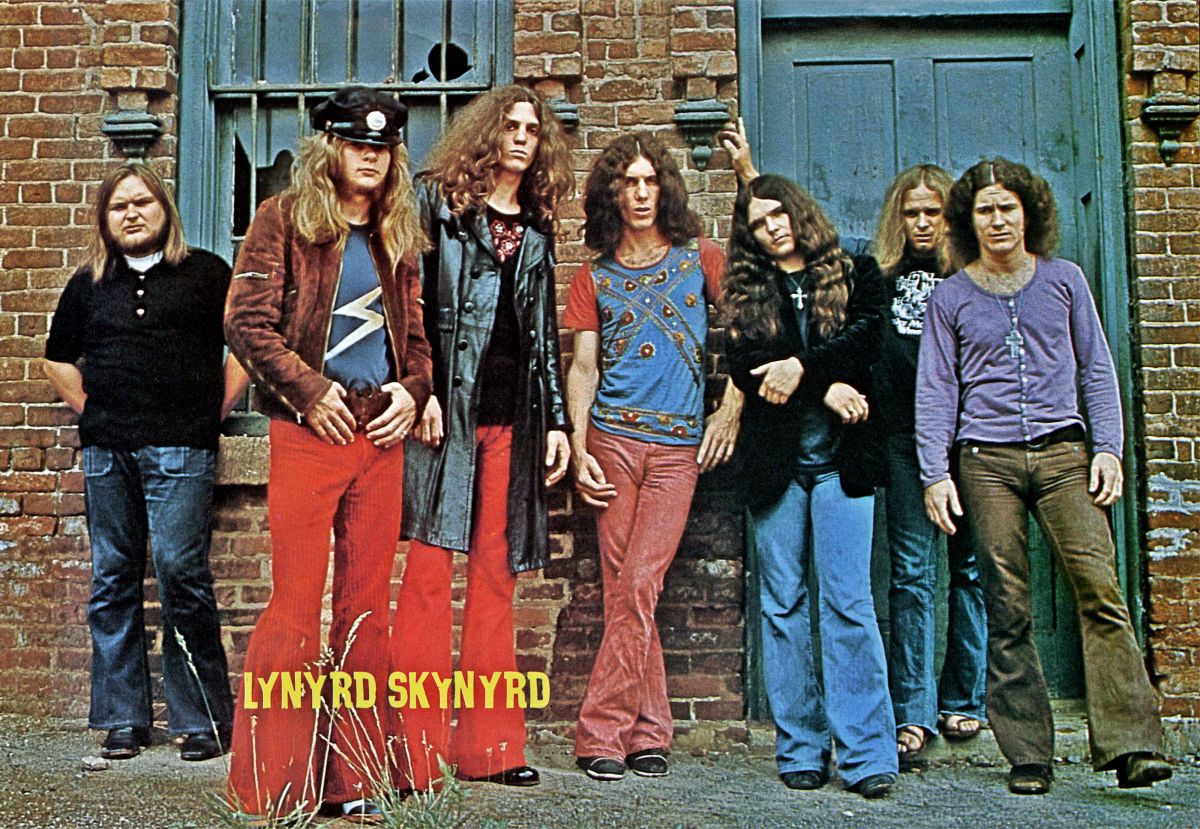 This song was on their debut album (Pronounced Leh-Nerd Skin-erd ) but if it were up to their producer (Al Kooper) it wouldn’t have been recorded.

Kooper didn’t like how the song was sounding and wasn’t crazy about it in the first place. He kept on saying he didn’t want it on the album.

At the studio, Van Zant told him to go somewhere and not come back for a while. He then proceeded to walk Kooper outside and to his car…he opened the door and then waved Kooper goodbye.

They recorded the song while he was away and it stayed on the album. Kooper later overdubbed an organ on the song.  It’s a huge favorite with fans and has been featured in movies and commercials. It’s one of those album songs that has gotten more popular as the years go by.

Van Zant’s grandmother passed away around the same time, so Gary Rossington and Van Zant got together at Van Zant’s apartment to share memories of their grandparents. As they talked, the stories they passed back and forth suddenly began to form into a song. Rossington came up with a chord progression, and Van Zant wrote the lyrics based on advice the women had given them over the years. They wrote it in about an hour.

Rossington was raised by his mother, and Van Zant was like a father figure in his life, even though he was just a few years older than him. Van Zant taught the guitarist how to drive a car or the other things that youngsters needed to learn in their teenage years.

The song was not released as a single but it finally charted in 2021 on Billboard US Hot Rock & Alternative Songs.

Ed King: I really enjoyed working with Al Kooper. I believe, had it not been for Al, no one would’ve heard of Skynyrd. He was the visionary behind the band and how it should be presented to the world. We didn’t always agree with Al, but I certainly enjoyed his presence.
When we drove up to Atlanta to record “Simple Man,” we played the song for Al in the studio. He hadn’t heard it. He didn’t care for it and said “You’re not putting that song on the album.” Ronnie asked Al to step outside. He escorted Al to his Bentley and opened the car door. Al stepped in. Ronnie shut the door and stuck his head in thru the open window. “When we’re done recording it, we’ll call you.”
Al came back a few hours later, added the organ part and it was a keeper. I don’t think any band before or since, making its debut album, could get away with doing that to the record producer. There was a healthy respect happening there…and that is a really funny story that reflects that.

Gary Rossington: “We just put down in a song what our mama or grandma had said to us, they really wrote it, we just played it.”

Al Kooper: Early on I begged Skynyrd to change their name. It looked on paper like it was pronounced “Lie-nerd Sky-nerd.” It didn’t make any sense at first glance, and it certainly didn’t conjure up what their music was about. I tried everything, but to no avail. They would not budge. So, I decided if I was stuck with it, I’d make the best of it.
They were also always getting in fistfights. If they couldn’t find anyone to fight, they’d fight each other. I decided to paint a rough-house image for them. I designed a skull head and spelled their name out in a bones typeface.

Mama told me when I was young
“Come sit beside me, my only son
And listen closely to what I say
And if you do this it’ll help you some sunny day”

“Oh, take your time, don’t live too fast
Troubles will come and they will pass
You’ll find a woman and you’ll find love
And don’t forget, son, there is someone up above”

“Forget your lust for the rich man’s gold
All that you need is in your soul
And you can do this, oh baby, if you try
All that I want for you, my son, is to be satisfied”

Oh yes, I will

“Boy, don’t you worry, you’ll find yourself
Follow your heart and nothing else
And you can do this, oh baby, if you try
All that I want for you, my son, is to be satisfied” 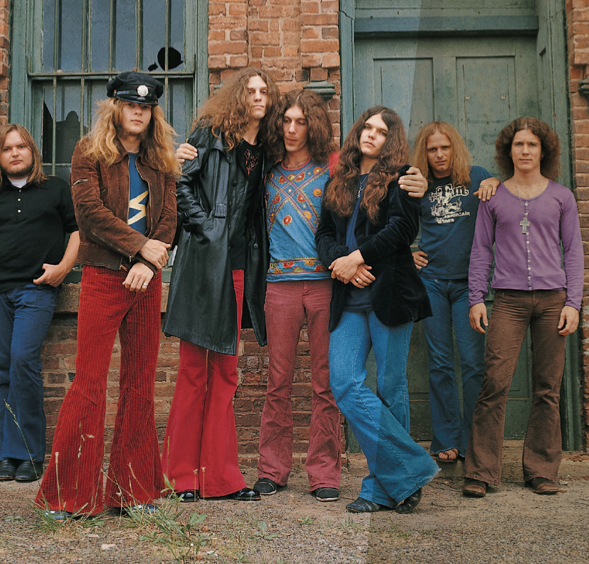 I Ain’t the One has a great opening riff and it was written by guitarist Gary Rossington and lead singer Ronnie Van Zant, and was featured as the first track on Skynyrd’s debut album (pronounced ‘Lĕh-‘nérd ‘Skin-‘nérd).

The album was one of the great rock debut albums. When you listen to this album you can hear a little of Cream, Stones, and Free. British rock was a huge influence on Lynyrd Skynyrd.

There is a great version of this song of them playing it  at the Knebworth Festival in England. Although the headliner was The Rolling Stones but Skynyrd was the band that grabbed the notices of that festival.

At a gig in Atlanta in 1972 they were discovered and signed by musician, producer, and founding member of Blood, Sweat, and Tears and The Blues Project, Al Kooper.

After two songs into recording bassist Leon Wilkeson quit so he was replaced by ex-Strawberry Alarm Clock guitarist Ed King who originally wanted to play guitar with the band.

After they finished recording Ronnie Van Zant decided that King, who had added some guitar to the record, would be better on lead guitar so he asked Wilkeson to rejoin.

With Wilkeson back the now seven-man band was complete and would remain that way until Ed King and Bob Burns left the band in 1975. The guitarist Steve Gaines would join in 1976.

I Ain’t The One

Well, I’ll tell you plainly baby
What I plan to do
‘Cause I may be crazy baby
But I ain’t no fool
Your daddy’s rich, mama
You’re overdue
But I ain’t the one, baby
Been messing with you
Got bells in your mind, mama
So won’t you pardon me
I think its time for me to move along
I do believe

Now you’re talking jive, woman
When you say to me
Your daddy’s gonna take us in baby
‘N take care of me
You know and I know, woman
I ain’t the one
I never hurt you sweet heart
I never pulled my gun
Got bells in your mind, baby
So won’t you pardon me?
I think its time for me to move along
I do believe
Time for me to put my boots out in the street baby
Are you ready boots — walk on

All right there missy, let me tell you a thing or two
Now you’re talking jive, woman
When you say to me
Your daddy’s gonna take us in baby
‘N take care of me
When you know and I know, woman
I ain’t the one
That ain’t my idea — uh unh — of having fun
Got rings in your eyes lady
So won’t you pardon me
I think its time for me to move along
I do believe
I must be in the middle of some kind of conspiracy