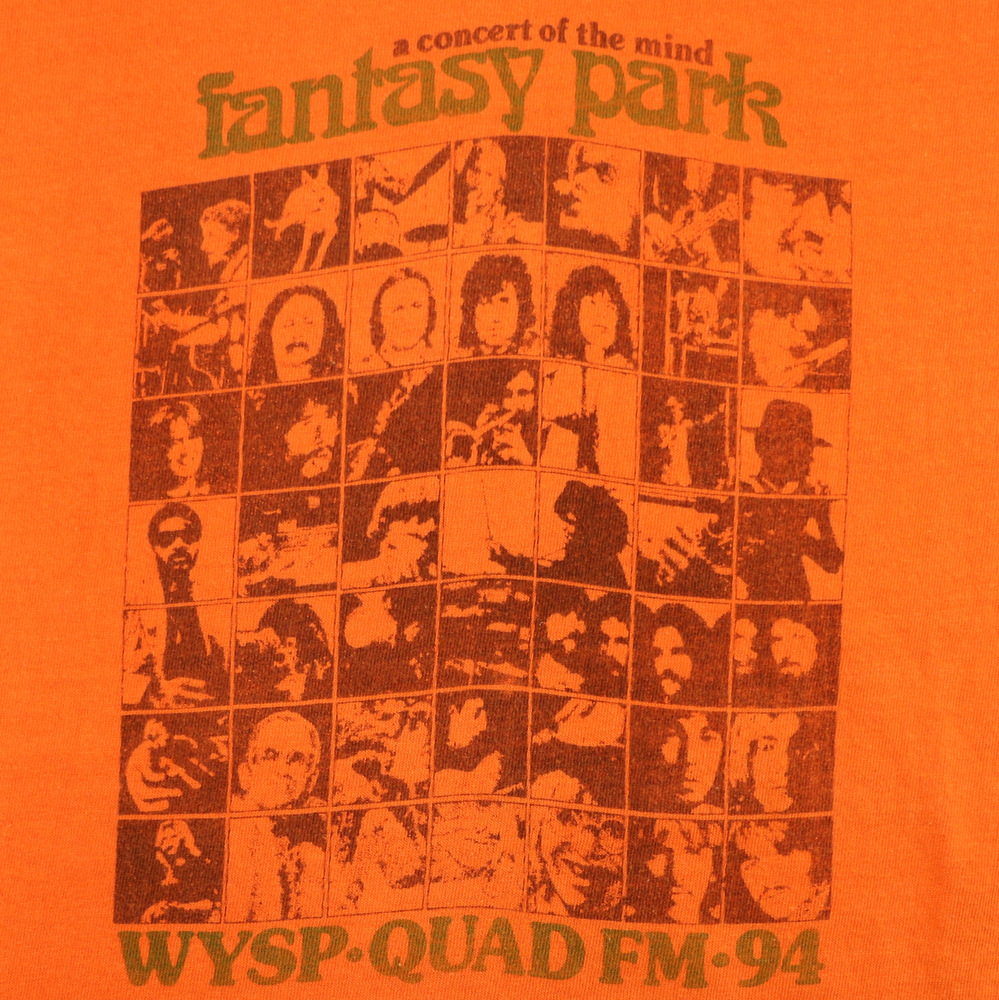 ***Dave from A Sound Day has a new feature Turntable Talk…he will have an article by me today about Why the Beatles are still relevant…hope you get to read it.***

Imagine a concert in 1975 with The Beatles, Bob Dylan, Allman Brothers, Linda Ronstadt, The Rolling Stones, The Who, and more. Well, it happened! Sorta. Rod Serling did all of the radio promos. It would be one of his last projects…he would pass away before it aired.

It was a 48-hour-long rock concert (Fantasy Park) that was aired by nearly 200 radio stations over Labor Day weekend in 1975. The program, produced by KNUS in Dallas, featured performances by dozens of rock stars of the day and even reunited The Beatles. It was also completely imaginary, a theatre-of-the-mind for the 70s.

The “concert” was made up of live and studio recordings by the artists with live effects added to make it sound legit.

The show had college students hitchhiking all over America hoping to get to Fantasy Park. In New Orleans when the concert aired, the IRS came knocking on the doors of WNOE trying to attach the gate receipts to make sure the Feds got their cut! Callers were asking where they could get tickets to this amazing show.

The show was so popular in Minnesota that they played it again in its entirety the next year…now that people knew it wasn’t real and weren’t looking for tickets. The greatest concert that never was.  Fantasy Park had their own emcee and special reporters covering the weekend event giving you the play-by-play details along with some behind-the-scenes updates.

The concert would always be halted due to rain on a Sunday morning to allow the locals to get in their regular (usually religious) programming and the whole event always ended promptly at 6 pm on Sunday.

Now people look for the full 48-hour tapes of the show. They are a hot collector’s item. Rod Serling passed away on June 28, 1975.

Here is 10 minutes of it here.