Many people posted this song during the lockdown and I can see why.

I always liked the song and understood that isolation doesn’t equate to loneliness. You can be in a crowd of people and yet feel isolated or alone. You can be physically isolated from others yet still feel very much connected to others.

The bass player on this track was Klaus Voormann, who was a friend of the Beatles from their Hamburg days. He was also an artist… he is the artist who designed the cover of Revolver. Ringo Starr also lends a hand with drums on this track. 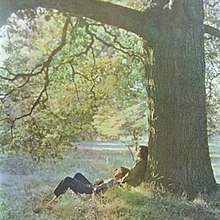 The song was released on his true debut album John Lennon/Plastic Ono Band in 1970. Arguably one of if not his best album. Like Paul’s debut this one was not big in production but unlike Pauls…this album was not light pop songs. You can feel John releasing his inner feelings for everyone to see on this album. Not an album to play to get a party going. You can hear John’s disillusionment with life, fame, and his three former bandmates.

This was during the time John Lennon went to see Doctor Arthur Janov in scream therapy. A way to bare his soul for his feelings like his mom that was killed when he was a teenager.

John Lennon: ‘Isolation’ and ‘Hold On John’, they’re the rough remixes. I just remixed them that night on seven-and-a-half [inches per second tape] to take them home to see what else I was going to do with them. And then I didn’t really, I didn’t even put them onto fifteen [IPS], so the quality is a bit hissy on ’em too. By the time I’d done everything, I started listening. I found out it’s better that, with ‘Instant Karma’ and other things, you remix it right away that night. I’d known that before, but never followed it through.

I usually don’t pay much attention to covers. I ignore actors turn singers but I did find a very good version of this song out there. In 2020 Jeff Beck and Johnny Depp recorded this song and Beck’s guitar work is great. Depp also does the vocals justice in this.

I don’t expect you, to understand
After you caused so much pain
But then again, you’re not to blame
You’re just a human, a victim of the insane