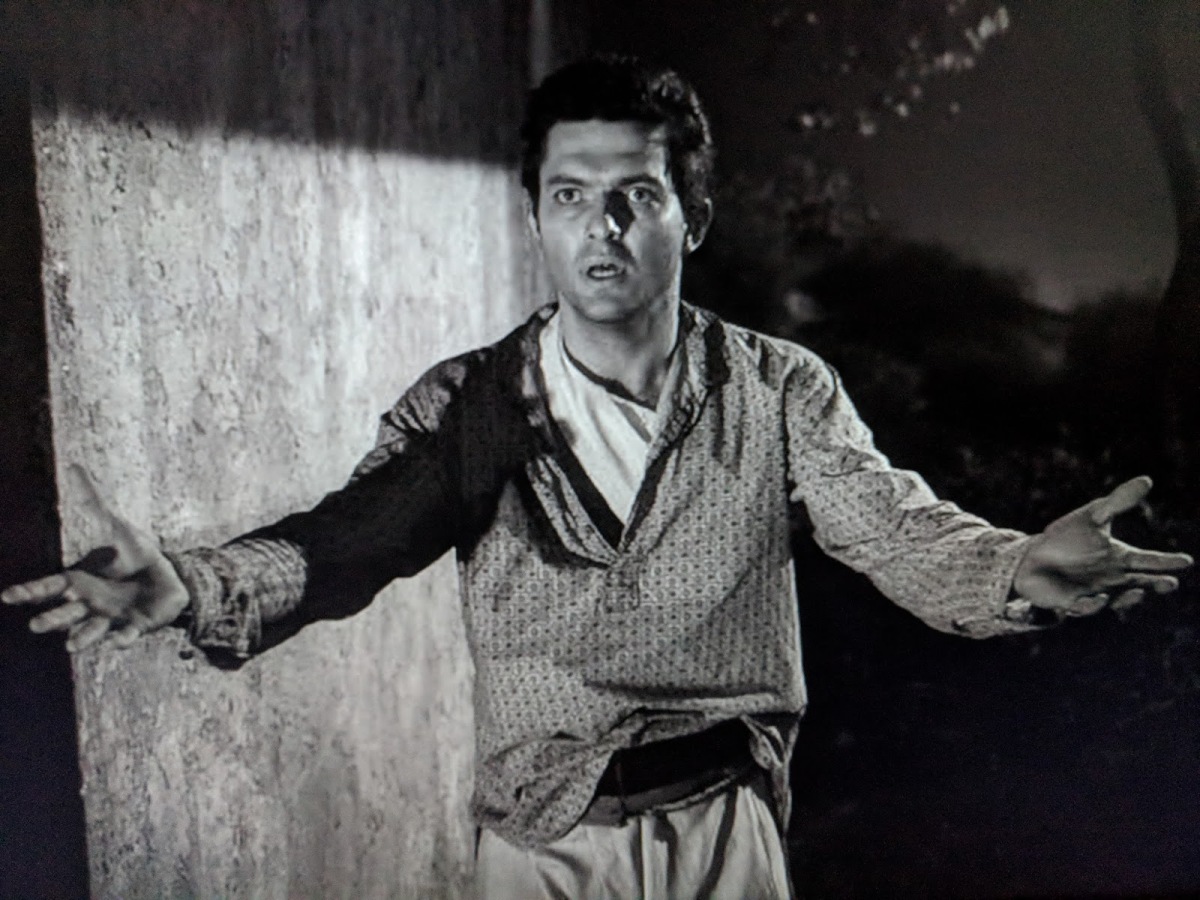 This episode is slow moving but at times interesting . It contains elements that could have been a great Twilight Zone but the acting in this one is subdued and the story is slow. I did like the study of human nature at the end but the script was  uneven.

A Christ-like alien ventures into a small Mexican village. He comes into a bar after being shot and hurting. He bonds with a little boy named Pedro played by Edmund Vargas. A doctor looks at the alien and by all accounts should have been dead. Everyone was fearful of him and he is referred to as a creature with powers. The alien offers a gift but will the lack of trust in the new comer accept it?

I did like the musical score for this one. The Gift has a guitar score composed and performed by Laurindo Almeida, one of the great classical guitarists.This story was originally written as one of the series’ possible pilots, but was passed over for The Twilight Zone: Where Is Everybody?

The place is Mexico, just across the Texas border, a mountain village held back in time by its remoteness and suddenly intruded upon by the twentieth century. And this is Pedro, nine years old, a lonely, rootless little boy, who will soon make the acquaintance of a traveler from a distant place. We are at present forty miles from the Rio Grande, but any place and all places can be the Twilight Zone.

The residents of a small Mexican village, just 40 miles or so south of the Rio Grande, panic when they learn a being from another planet may have crashed near by. As the result of an altercation with local police, one policeman is dead and the alien is severely wounded. A young boy, Pedro, quickly forms a friendship with the alien who says he has come in peace. He also says he has a gift for the people of the Earth, but the villagers’ fear means that mankind will never benefit from the alien’s generosity.

Madeiro, Mexico, the present. The subject: fear. The cure: a little more faith. An Rx off a shelf in the Twilight Zone.

11 thoughts on “Twilight Zone – The Gift”