This is one of the most remembered songs from Jimi. According to Hendrix biographer Harry Shapiro, the song  was probably inspired by Heather Taylor, who eventually married Roger Daltrey, the lead singer for The Who. 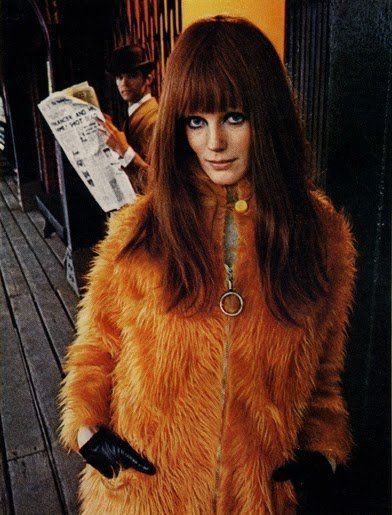 Kathy Etchingham, Jimi’s girlfriend at the time, also claimed to be one of many inspirations for “Foxy Lady.” I’m sure there are/were a lot of claims.

Hendrix recorded this on December 13, 1966. That same day, he made his first TV appearance on the British show Ready Steady Go. The Jimi Hendrix Experience had been together only 2 months at that point, but things moved very quickly. Three days later, their first single, “Hey Joe” was released.

Rolling Stone magazine placed the song at number 153 on its list of the “500 Greatest Songs of All Time.”

The song was on the Are You Experienced album released in 1967. It peaked at #5 in the Billboard Album Charts, #15 in Canada and #2 in the UK

Hendrix opened for The Monkees on their 1967 tour. When he played this, the young girls who came for The Monkees and had no interest in Hendrix shouted “Davy!” when Hendrix sang “Lady,” resulting in “Foxy Davy,” and turning it into a tribute to their idol, Monkees lead singer Davy Jones.

This was featured in the movie Wayne’s World. It is used in a scene where Garth (Dana Carvey), sings it while thinking about his dream woman, played by Donna Dixon.

In the booklet for the Experience Hendrix CD, Hendrix was quoted as saying this was the only happy song he had ever written. He said that he usually just doesn’t feel happy when writing songs.

I want to take you home, haha yeah
I won’t do you no harm no, ha
You got to be all mine, all mine
Ooh foxey lady, yeah
Foxey, foxey

Now-a I see you come down on the scene
Oh foxey
You make me want to get up and a scream
Foxey, oh baby listen now
I’ve made up my mind
Yeah, I’m tired of wasting all my precious time
You got to be all mine, all mine
Foxey lady
Here I come
Foxey

Yeah
I’m gonna take you home
I won’t do you no harm no
You got to be all mine, all mine
Foxey lady
Here I come baby, I’m commin’ to get ya