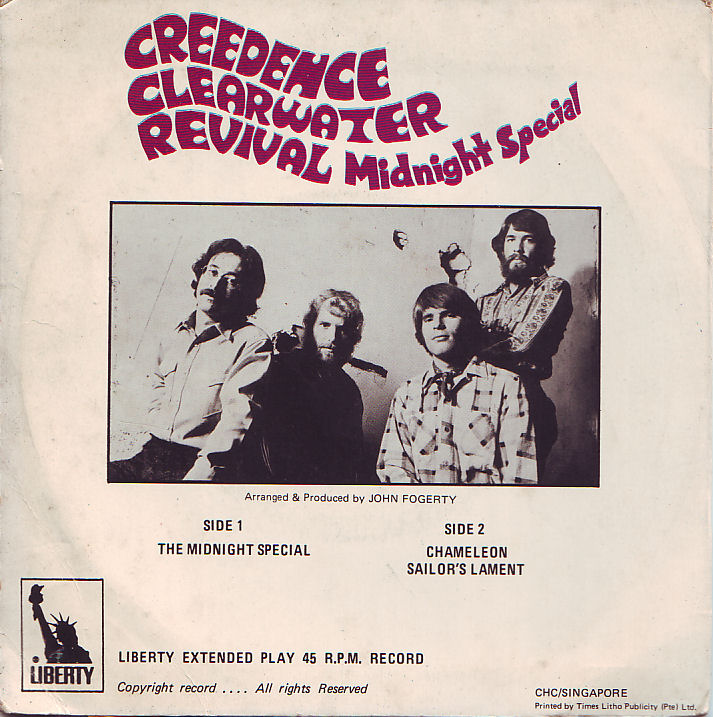 When I hear John’s voice and that tremolo on guitar I can feel the hairs on my neck rise. John’s voice was just as much of an instrument as his guitar.

In Alan Lomax’s book Folk Song USA, the Midnight Special was a real train… the Southern Pacific Golden Gate Limited. A traditional folk song, Leadbelly popularized it upon his release from Sugar Land prison in Texas, where he could hear the Midnight Special come through. In the song, the light of the train gives the inmates hope: if it shines on them they take it as a sign they will soon go free.

Midnight Special was on the album Willy and the Poorboys. The album peaked at #3 in the Billboard Album Charts. CCR’s version of Midnight Special didn’t chart. Only two versions of the song have reached the US Billboard Hot 100…one by Paul Evans in 1960 and Johnny Rivers in 1965.

Well, you wake up in the mornin’, you hear the work bell ring
And they march you to the table to see the same old thing
Ain’t no food upon the table, and no pork up in the pan
But you better not complain, boy, you get in trouble with the man

Yonder come miss Rosie, how in the world did you know?
By the way she wears her apron, and the clothes she wore
Umbrella on her shoulder, piece of paper in her hand
She come to see the gov’nor, she wants to free her man

If you’re ever in Houston, well, you better do the right
You better not gamble, there, you better not fight, at all
Or the sheriff will grab ya and the boys will bring you down
The next thing you know, boy, Oh! You’re prison bound