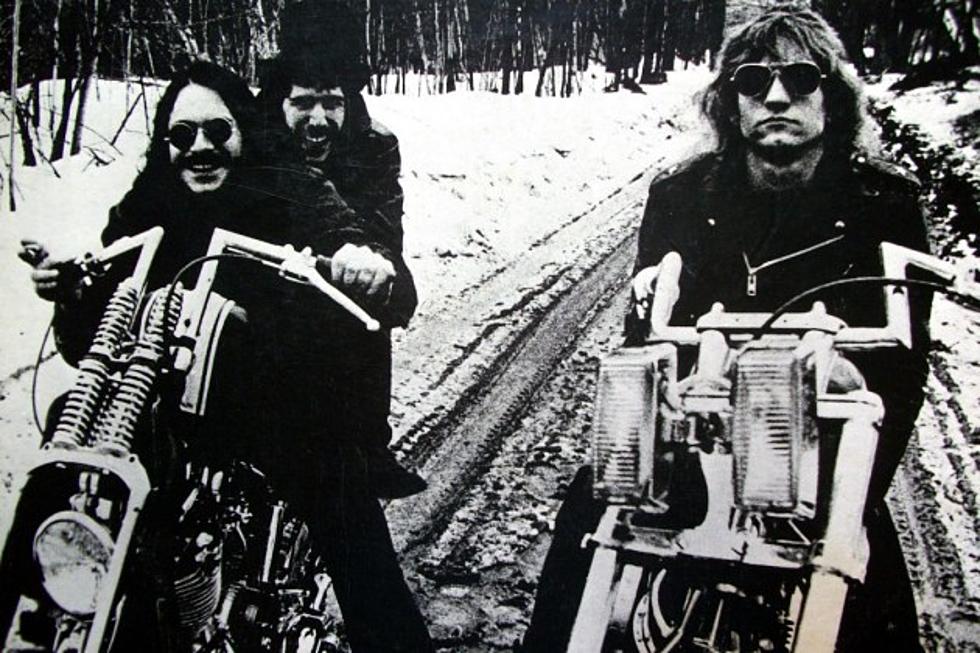 Great album cut by The James Gang. Val brought this one to my attention a few weeks ago and I’ve been listening ever since.

Bill Szymczyk produced the second album for the James Gang called Rides Again which was released in 1970.

A big space was filled with “The Bomber,” which took up more than seven minutes of Rides Again‘s 35-minute running time, and ended up spawning a couple of classic James Gang stories in the process…while triggering a decades-long copyright battle and paving the way for the invention of industry-standard speakers in the bargain.

The Record Plant had just installed new expensive monitors, and Bill Szymczyk was the first guy to use them, which was a real mistake. During playback of “The Bomber” the speaker just physically blew out of the wall.

Bill Szymczyk: “We blew eight of those speakers up,” “The next day, [Record Plant co-founder] Gary Kellgren went to his maintenance guy, his head tech, who was Tom Hidley, and he said to Tom, ‘Make me a monitor that Szymczyk can’t blow up!’ That was the birth of the Hidley monitor, which is in hundreds of studios around the world at this point.”

“The Bomber” also included a passage from Ravel’s “Boléro,” which ended up costing the James Gang a fair bit of legal drama. “Ravel was French, and French copyright law and French law, in general, is insane. The French copyright, Ravel’s heirs and Ravel’s estate stipulated in the French copyright law that the piece had to be played in its entirety, top to bottom,” recalls Walsh. “You could never play little parts of it. And it had to be played by the full orchestra that it was written for. Well, we didn’t know that!”

The band was forced to remove the Boléro part but it was restored when the CD was released.

When I became of age my mama sat me down
Said “Son, you’re growin’ up, it’s time you looked around”
So I began to notice some things I hadn’t seen before
That’s what brought me here knockin’ on your back door
Oh, yeah

A closet queen, the busstop’s dream, she wants to shake my hand
I don’t want to be there, she decides she can
It’s Apple Dan, he’s just the man to pick fruit off your branches
I can’t sleep, and we can’t keep this cattle on my ranches
Oh, yeah

It’s too strong, something’s wrong and I guess I lost the feelin’
I don’t mind the games you play, but I don’t like your dealin’
God looked bad, the luck’s been had and there’s nothin’ left to smoke
Will I be back tomorrow for the punchline of the joke?

22 thoughts on “James Gang – The Bomber”