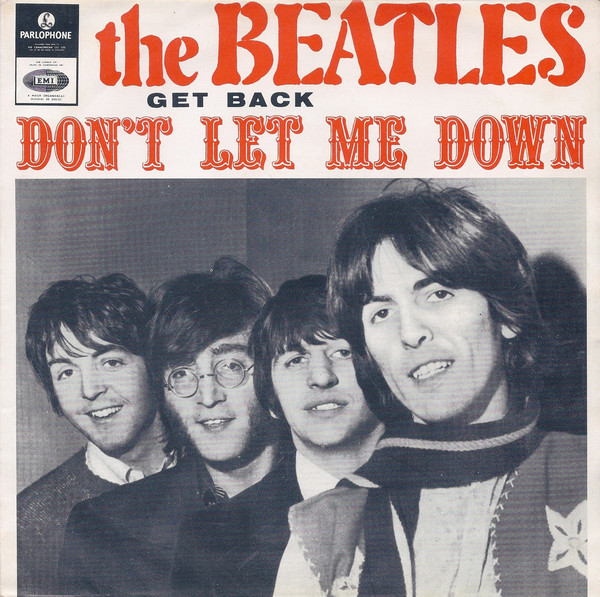 This song was the B side to Get Back. This song was credited to John and Paul but it’s a clear John song that he wrote directly to Yoko. Don’t Let Me Down should have been on the Let It Be album in my opinion. It would have made it a stronger album but Phil Spector decided to took it out.

This one is one of my favorite late Lennon Beatle songs. I liked the time signature change in this song. All measures are in 4/4 time except for the eighth measure, which is in 5/4, the extra beat needed in order to fit in John’s first verse lyric “Nobody ever loved my like she…”

Billy Preston, who The Beatles met when he was on tour with Little Richard in 1962, played keyboards on this track. Preston was one of the few outside musicians (excluding members of orchestras) to play on any Beatles song.

George Harrison brought Preston in to play on the sessions. It was a smart move by George. Not only did Preston bring his talents in the mix but his presence helped smooth the tensions the band had at the time. He did the same thing on the White Album sessions by bringing Eric Clapton in to play on While My Guitar Gently Weeps.

John Lennon dedicated this song to Yoko Ono. It was the first song he wrote for Yoko, whom he married on March 20, 1969.

This was one of the songs The Beatles played at their impromptu rooftop concert in 1969. The concept of the album was The Beatles performing new songs for a live audience, with film footage of their rehearsals used to make a documentary TV special. George Harrison didn’t like the idea, and when things got tense during recording, he left the sessions and returned only after they agreed to cancel the live performance. The Beatles were still under contract to make another movie, so they decided to use the rehearsal footage as their last movie, Let It Be. In order to end the movie, they needed a big scene, so they went to the roof of Apple Records and started playing. John Lennon forgot some of the words to this song while the Beatles were playing their rooftop concert.

When Apple Records remixed the album Let It Be and released it in 2003 as Let It Be… Naked, this was included. An alternate take was used. It was the only song on the new album that did not appear on the original.

Lennon asked Ringo to crash his cymbals loudly to “give me the courage to come in screaming.”

Billy Corgan’s band Zwan covered this. They rearranged the entire song so only the melody was the same. They added a guitar solo at the end. Others artists to cover the song include Randy Crawford, Crown of Thorns, Dylan & Clark, Garbage, Gene, Marcia Griffiths, Taylor Hicks, Julian Lennon, Annie Lennox, Maroon 5, Matchbox Twenty, The Persuasions, Phoebe Snow, Stereophonics and Paul Weller. >>

Garbage lead singer Shirley Manson is from Edinburgh, and in 1999 they played this song at the opening of the newly-elected Scottish Parliament, which was celebrating autonomy after 300 years of British rule.

Don’t Let Me Down