Unlike the Partridge Family Bus, I had better luck on this one. The story on the mechanical sharks they used…approximately 25 feet long is clear.

Everyone knows the great 1975 movie Jaws that made people think twice about going into the water. The movie stands up today. They had no CGI back then and had to use a mechanical shark for the scenes. All together they used 3 of them. All of them malfunctioned but they called all three of them “Bruce” after Steven Spielberg’s lawyer, Bruce Ramer.

When the movie was over they dumped all three fake sharks on the backlot and let them rot away…however they kept the mold and made a fourth Bruce out of fiberglass and hung him up at Universal Studios in 1976. It stayed there until 1990, that is when Universal cut him down and sent him away to the junkyard.

The junkyard (U Pick Parts) owner Sam Adlen didn’t consider Bruce junk and mounted him on poles until 2016 at his junkyard. Sam had died but his son Nathan Adlen sold the business and donated Bruce to the Academy Museum of Motion Pictures.

Bruce mounted at the junkyard

Greg Nicotero had been a Jaws fan since the day he watched the movie with his mom in 1975. He had his picture taken with “Bruce” at Universal Studios in 1976 before Bruce’s journey to the Junkyard. He had been inspired to be a special effects person because of it. He took the job of restoring Bruce to his former glory.

The Academy Museum of Motion Pictures plans to unveil Bruce to the public soon. Although this Bruce wasn’t in the movie he was the last made of the original mold. 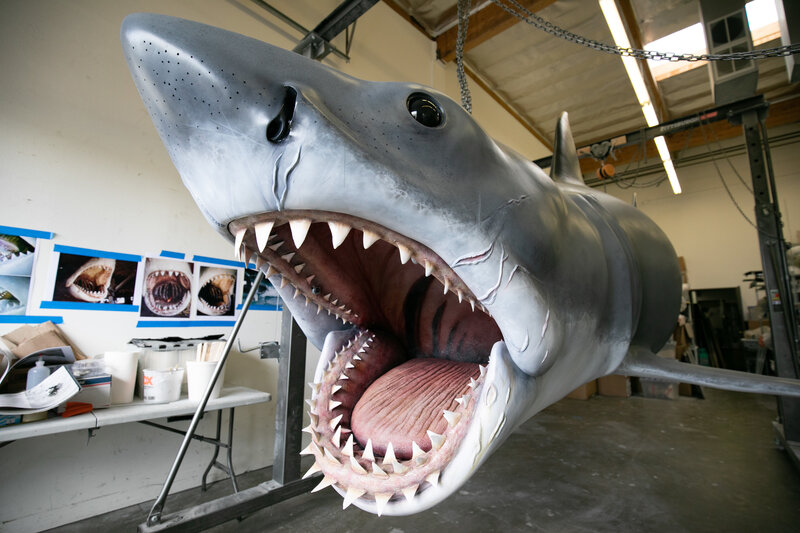 16 thoughts on “Where is…the Shark from Jaws?”