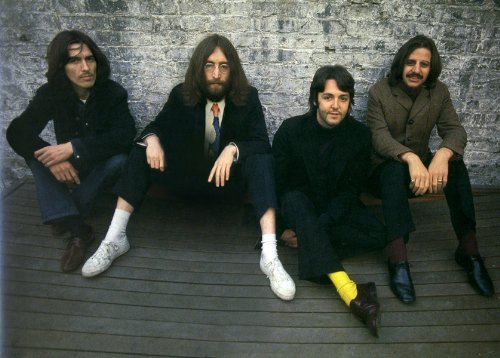 This short song was on the B Side of Abbey Road in the Medley. I really like Paul McCartney’s fuzz bass on this track. The song is right before “his sister Pam’s” song Polythene Pam which continues the medley.

John Lennon: In Mean Mr Mustard I said ‘his sister Pam’ – originally it was ‘his sister Shirley’ in the lyric. I changed it to Pam to make it sound like it had something to do with  Polythene Pam. They are only finished bits of crap that I wrote in India.

John Lennon got the idea for this song from a newspaper article he read about a miser. “Mr. Mustard” was John Mustard, who was described in the story as “an exceptionally mean man.” His wife was divorcing him because, among other things, she couldn’t stand being in the dark all the time – he insisted on keeping the lights off most of the time to save money. The article appeared in the Daily Mirror on June 7, 1967, with the headline, “Scotsman’s Meanness ‘Was Cruel.'”

“Scotsman John Mustard – an “exceptionally mean man” – gave his wife only £1 in the year before they parted, a Divorce Court judge said yesterday.

Mr. Mustard, a civil servant, was also so mean with lighting and heating that he went far beyond what any wife could be expected to bear, said Mr. Justice Rees.

LIVED IN THE DARK

To save electricity, he would turn off the light while they were listening to the radio, “because it was not necessary to see in order to listen.”

And he would also shave and go to bed in the dark.

The judge said:- “He was at pains to explain that he came from North of the Border, where carefulness was part of the upbringing.”

He added that:- “His conduct affected her health and made life unendurable.”

The judge granted 55-year-old Mrs. Freda Mustard, a deputy head mistress, a decree nisi because of cruelty by Mr. Mustard, who lives at Old Park-View, Enfield.

Mr. Mustard, 65, denied cruelty and alleged that his wife deserted him. The judge rejected that allegation.

The judge said he did not believe that Mr. Mustard was being vicious or unpleasant toward his wife.

But there was “a menacing quality about him to which he wife was particularly sensitive.”

John Lennon wrote most of this when he was in India at the Maharishi’s meditation camp with the other Beatles in 1967. He didn’t think much of the song, calling it and “Polythene Pam” “finished bits of crap that I wrote in India.”

It wasn’t the first time John Lennon was inspired by a newspaper story: some of the lyrics in “A Day In The Life” came from articles he read in the Daily Mail.

The Beatles recorded this as one song with “Sun King.” It’s part of a suite of songs at the end of Abbey Road.

The Beatles considered using this on The White Album, but decided not to.

His sister Pam works in a shop
She never stops, she’s a go-getter
Takes him out to look at the queen
Only place that he’s ever been
Always shouts out something obscene
Such a dirty old man
Dirty old man