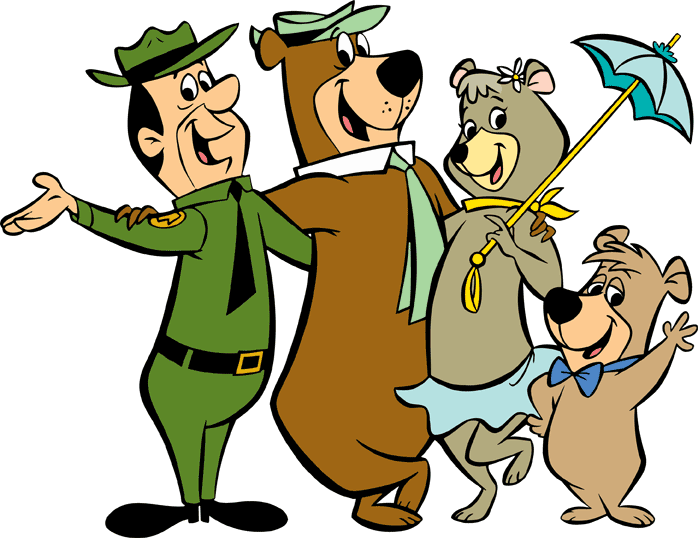 I always liked Yogi Bear and would watch it when I got a chance…if only for the way he said pic-a-nic baskets.

Yogi first started out as a sidekick in a Hanna-Barbera show called The Huckleberry Hound Show in 1958. He was the first Hanna-Barbera character to break out.

In 1961 he was given his own show called The Yogi Bear Show. His show included other segments like Yakky Doodle and Snagglepuss.  The show also featured episodes with Yogi Bear breaking away from the unadventurous life of other bears in Yellowstone Park.

Around this time the great baseball player Yogi Berra sued Hanna-Barbera for defamation. But Hanna-Barbera claimed that the similarity of the names was just purely coincidental. Eventually, Yogi Berra withdrew his suit. When Yogi Berra died the AP’s wire service mistakenly announced the death of Yogi Bear instead…that is sad.

Yogi’s personality was based on Art Carney’s character from The Honeymooners.

The Yogi Bear Show lasted only 2 season but other shows featuring Yogi continued on. Yogi Bear and Friends, Yogi’s Gang, Yogi’s Space Race, Galaxy Goof-Ups, Yogi’s Treasure Hunt, The New Yogi Bear Show, and Yo Yogi! Yogi was on the air from 1958 to the 1990s.

Daws Butler originated the voice of Yogi and did it from 1958 to 1988 when he passed away. He was replaced by Greg Burson who was personally taught by Butler on how to do Yogi’s voice and other characters.