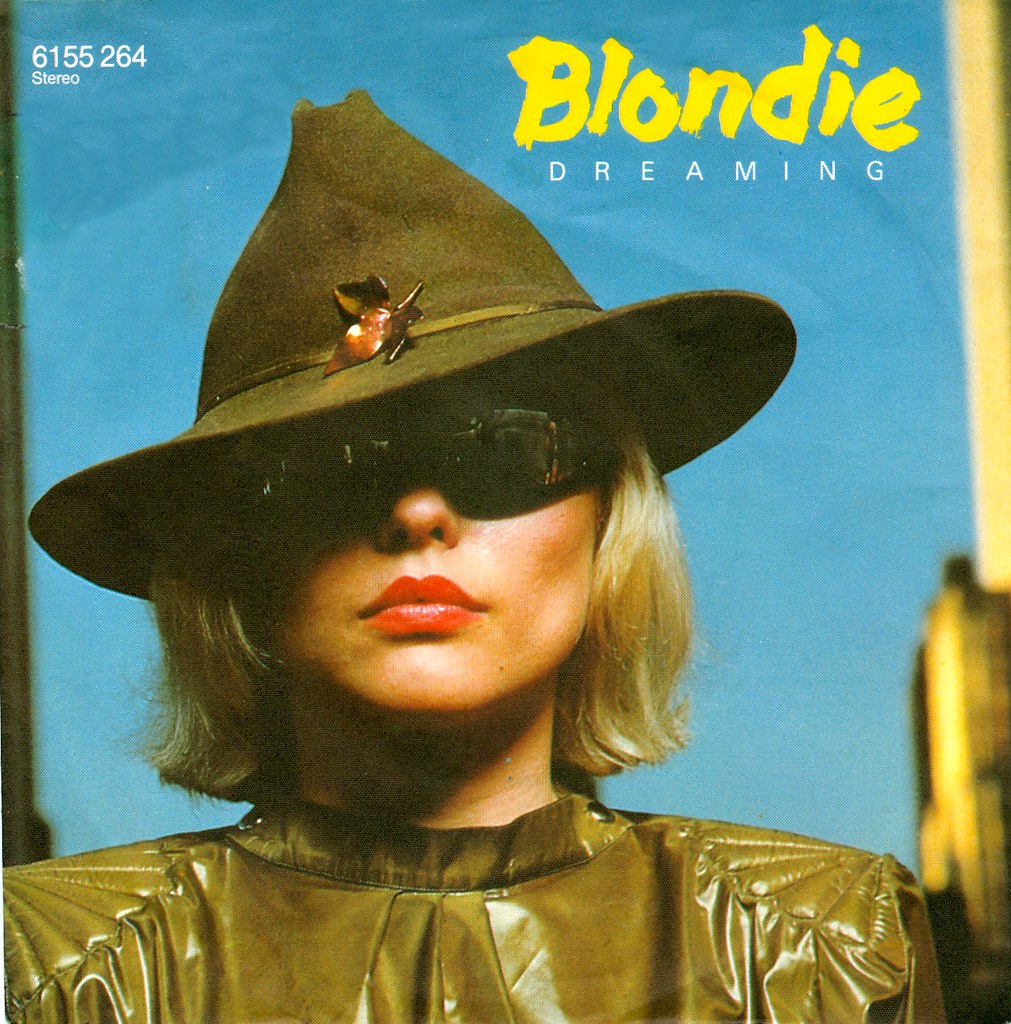 Dreamin’, dreamin’ is free
In the late seventies early eighties for a short window, Blondie couldn’t lose. Blondie only had 10 songs in the top 100 but they made the best of it. Out of those 10 songs were four number one hits. This one wasn’t of the number ones but it’s a great song nonetheless. It peaked at #27 in the Billboard 100 in 1979.

Blondie guitarist Chris Stein wrote the music for this song and came up with the line “dreaming is free.” Lead singer Debbie Harry wrote the other lyrics to the songs like she did on their other songs.

When I think of Blondie the image of Debbie Harry comes to mind of course…but as a band, they were really good. Chris Stein was a very good musician but my favorite member…other than Debbie is the drummer Clem Burke who is exceptionally good. He is a huge Keith Moon fan and when Keith died he destroyed his drum kit in Keith’s honor. He also thanked Keith Moon and the Beatles at Blondie’s Rock and Roll Hall of Fame acceptance speech.

The song starts out with a coherent story – Harry getting propositioned in a restaurant – but it quickly veers off in many directions, simulating a dream where one idea jumps to the next with no real rhyme or reason. It works well with the theme and with the track, including the bridge where Harry repeats the first word of each line:

Feet feet, walking a two mile
Meet meet, meet me at the turnstile

A similar structure can be heard in the 1982 Kim Wilde song “Kids In America.”

Chris Stein said this song was “pretty much a cop” of “Dancing Queen” by ABBA.

Perhaps is was just a convenient word to rhyme with “pleasure,” but when Harry sings “A movie or a measure,” the word “measure” could be interpreted a few different ways. It might mean a plan of action, as in taking some kind of trip, or possibly a measure in the musical sense, meaning the rhythm.

When I met you in the restaurant you could tell I was no debutante
You asked me what’s my pleasure, “A movie or a measure”?
I’ll have a cup of tea and tell you of my dreamin’
Dreamin’ is free
Dreamin’, dreaming is free

I don’t want to live on charity
Pleasure’s real or is it fantasy?
Reel to reel is living verite
People stop and stare at me, we just walk on by
We just keep on dreamin’

Beat feet, walking a two-mile
Meet me, meet me at the turnstile
I never met him, I’ll never forget him
Dream dream, even for a little while
Dream dream, filling up an idle hour
Fade away, radiate