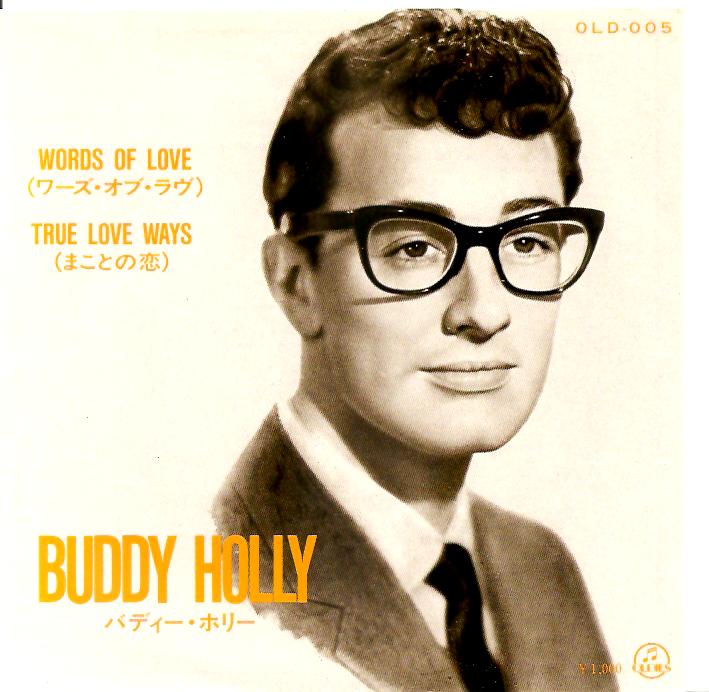 Buddy recorded and released this song in 1957. This was not one of Buddy’s biggest hits but a good song all the same. It was recorded on April 8th, 1957 and included a revolutionary gimmick for its time. He recorded his vocals twice and combined the results, thereby harmonizing with himself in the fashion of The Everly Brothers. This was one of the first released pop record to feature vocal overdubbing.

Canadian quartet The Diamonds as a successful follow-up to their #2 hit “Little Darlin’.” Their version of “Words Of Love” peaked at #13 in July of 1957.

I first heard this song by The Beatles. They had covered the song live between 1958-1962 and decided to record it for the Beatles for Sale album in 1964.

Paul McCartney about writing their own songs. “People these days take it for granted that you do, but nobody used to then. John and I started to write because of Buddy Holly. It was like, ‘Wow! He writes and is a musician.'” Paul McCartney purchased the publishing rights to Buddy Holly’s catalog in 1976.

John Lennon on Buddy Holly: “Buddy Holly was great and he wore glasses, which I liked,”  “Buddy Holly was the first one that we were really aware of in England who could play and sing at the same time – not just strum, but actually play the licks.”