I Love Lucy was huge in the fifties and helped start the modern sitcom. It is still popular to this day.

William Frawley and Vivian Vance portrayed Fred and Ethel Mertz on screen the landlords to Ricky and Lucy Ricardo. Ethel was Lucy’s friend and Fred was Ricky’s cheap best friend.

In real life, things were not smooth at all between the two. The age difference between Frawley and Vance was 22 years. Vivian was overheard telling Lucy that no one would believe that she would be married to that old coot. Frawley overheard this and the relationship was born.

Desi Arnaz had wanted Frawley to play Fred but he had a drinking problem so Desi had to lecture Frawley about always being on time etc.

Vance was professional, had her lines learned, and was always on time. Frawley would learn his lines at the last minute while locked away in a hotel listening to a baseball game. He also had it in his contract that if the Yankees were in the World Series that he would get time off.

They would argue while rehearsing and the director would have to settle it. Lucy and Desi would usually just ignore it.

After I Love Lucy went off the air CBS offered Frawley and Vance a chance to star in a spin-off series called either Fred and Ethel or The Mertzes. Frawley, always in need of drinking money, was willing, but Vance refused, never wanting to work with him again. This supposedly infuriated Frawley.

While Vance was working on the new “The Lucy Show”, Frawley would sneak to the soundstage and drop film canisters loudly, deliberately ruining Vance’s scene and causing a re-take.

I will say this… whatever feud or dislike they had…their performances will be forever be remembered.

Here are some quotes they gave about the other.

Frawley: “She’s one of the finest gals to come out of Kansas, and I often wish she’d go back there. I don’t know where she is now and she doesn’t know where I am. That’s exactly the way I like it.”

Vance: “I loathed William Frawley and the feeling was mutual. Whenever I received a new script, I raced through it, praying that there wasn’t a scene where we had to be in bed together.”

William Frawley died of a heart attack in 1966 at the age of 79. When she heard the news, Vivian Vance was dining in a restaurant. What she supposedly said after hearing the tragic news was: “Champagne for everybody!”

To be fair… Vivian Vance also said this when Frawley died… “There’s a great big amusing light gone out of this world.”

You do get the feeling while they argued they did respect each other.

Vivian Vance would pass away in 1979. 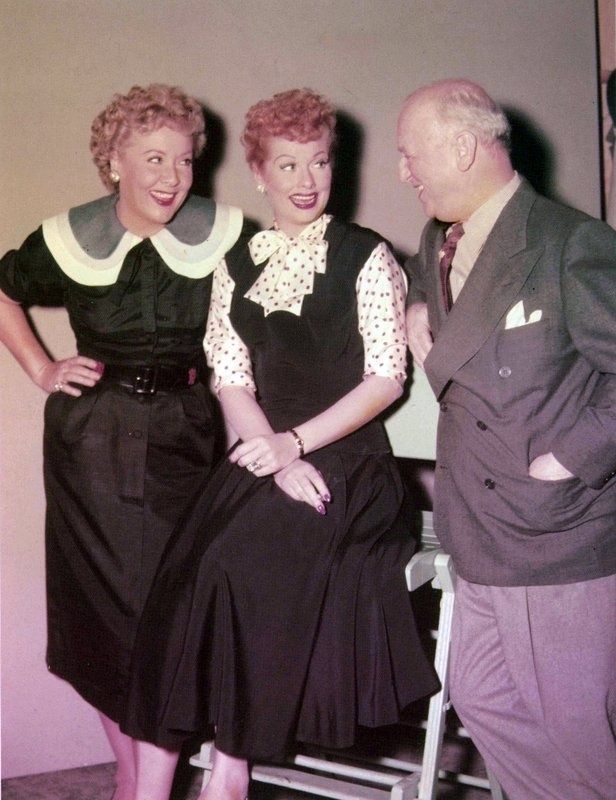 15 thoughts on ““Champagne, for everyone!”… Fred and Ethel Mertz”