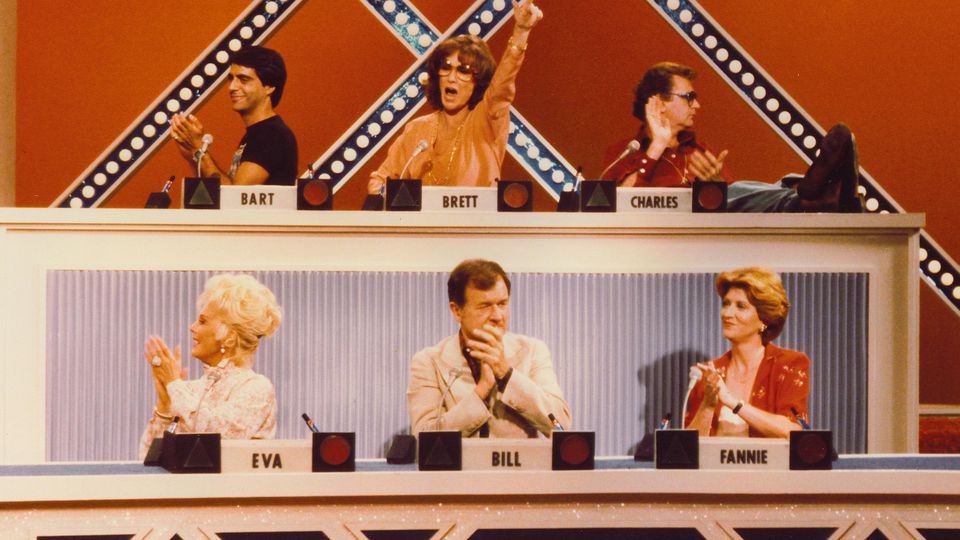 I’m not big into game shows but this one was my favorite. When I was at my grandmothers I would watch Match Game. This was the one I looked forward to. The questions were written for the dirty minded… you could see what the celebrities wanted to write down but they had to stay somewhat clean. Dick DeBartolo from Mad Magazine wrote most of the questions so it had that humor.

It was fun for the celebrities and from the documentries I’ve seen they would film 12 episodes over a weekend and drinks would be flowing at lunch and dinner. The styrofoam cups you would see them drinking from  would sometimes be vodka instead of water on air.

The regulars I remember were Brett Somers, Charles Nelson Reilly and Richard Dawson (until he left for his own show). The others that would be on the show occasionally were Betty White, Fannie Flagg, Joyce Bulifant, Nipsey Russell, Marcia Wallace, Patti Deutsch and more.

Sometimes the celeberties would have so much fun that I would feel sorry for the contestant trying to win money when the celebrities would write joke answers. Richard Dawson and Charles Nelson Reilly would usually be serious on the answers.

So many women would pick Dawson because he was the best player and because they wanted to kiss him if they won…or lost really…That was a glimpse to his future game show.

Gene Rayburn was the host and he would hold everything together barely. It really did seem Rayburn was having a great time.

I remember Richard Dawson’s last week on the show. He wore dark glasses and would not smile. He seemed bored (he had started to do Family Feud by this time) and serious. Turns out that he wanted off the show but they would not let him…After that final show of him being sullen and not smiling…he was gone.

The game was also changed because of Dawson. In the last round more times than not he was picked…well he was good… The producers changed the rules and  made people spin a wheel to see which celeb they would get in the final round.