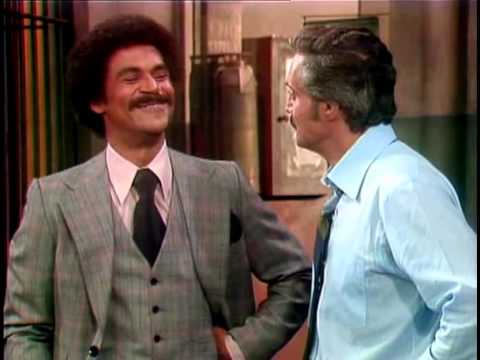 Barney Miller was a brilliant, complex, highly literate, superbly written show with depth and high social commentary. The show was never in the top 10 in ratings but the show has held up well over the years. A few of the reasons the show was not in the top 10 was because of the intelligent writing and the humor wasn’t obvious…also the show was on ABC which at the time was the least popular major network.

The writers also made sure that for the most part, the show followed it’s own history very well. The show is about the Detectives at the 12th Precinct.

One very interesting part of Barney Miller is they had a bunch of good character actors pass through the show. They had a very good excuse because usually the guests were either witnesses or they committed some sort of small crime so it was a natural parade of people passing through.

The show was not all about humor. They had stories dealing with domestic abuse, social, and racial tensions and interaction close to real life.

Det. Phil Fish: First time in 20 years I felt this good and it has to be illegal!

Det. Sgt. Nick Yemana: [feeling the effects of the brownies] Hey Barney… let’s go down to the beach and shoot some clams!

Wojo innocently brings hashish-laced brownies his new girlfriend made to the 12th Precinct, getting the detective squad stoned, while an actor and a critic square off with dueling swords.