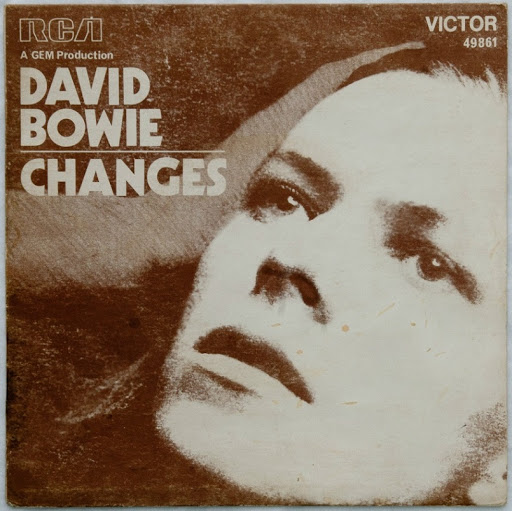 This is the first Bowie song I remember hearing when I was really young. I associated it more with “Ziggy Stardust” as I remember cousins talking about him. This song was not a massive hit but is still continually played on the radio.

It was on my personal favorite album by Bowie…Hunky Dory.

The song features the work of musicians like Rick Wakeman, Mick Ronson, and Bowie playing the saxophone himself. According to Bowie, the song started out as a parody of night club life but evolved into a criticism of an artist looking for new ways to reinvent himself. Bowie continually reinvented his image, and the song eventually became a close relation of Bowie himself.

Bowie wrote this when he was going through a lot of personal change. Bowie’s wife, Angela, was pregnant with the couple’s first child, Duncan. Bowie got along very well with his father and was very excited to have a child of his own.

It charted for the first time on the UK Singles Chart in 2016 at number 49 following Bowie’s death.

This is a reflective song about defying your critics and stepping out on your own. It also touches on Bowie’s penchant for artistic reinvention.

According to Bowie, this song was a “kind of throwaway” – but people kept chanting for it at concerts and thus it became one of his most popular and enduring songs. Bowie had no idea it was going to become so successful, but the song connected with his young audience who could relate to lyrics like “These children that you spit on as they try to change their worlds, are immune to your consultations, they’re quite aware of what they’re going through.”

Bowie had just started using a keyboard to write songs, which opened up new possibilities for him in terms of melody and structure. This fresh approach resulted in “Changes.”

Bowie played the sax on this track, and his guitarist, Mick Ronson, arranged the strings. Rick Wakeman, who would later became a member of the prog rock band, Yes, played the piano parts at the beginning and end. Bowie gave Wakeman a lot of freedom, telling him to play the song like it was a piano piece. The piano Wakeman played was the famous 100-year old Bechstein at Trident Studios in London, where the album was recorded; the same piano used by Elton John, The Beatles and Genesis.

Bowie’s stuttered vocals in this song (“Ch-Ch-Changes”) are some of the most famous stutters in rock. It came well after “My G-G-Generation” but predated “B-B-B-Bennie And The Jets.

According to Mike Garson, who became Bowie’s keyboard player in 1972, when he auditioned for the gig, he played the first eight seconds of “Changes” when Bowie stopped him and gave him the gig.

Strange fascinations fascinate me
Ah, changes are takin’
The pace I’m goin’ through