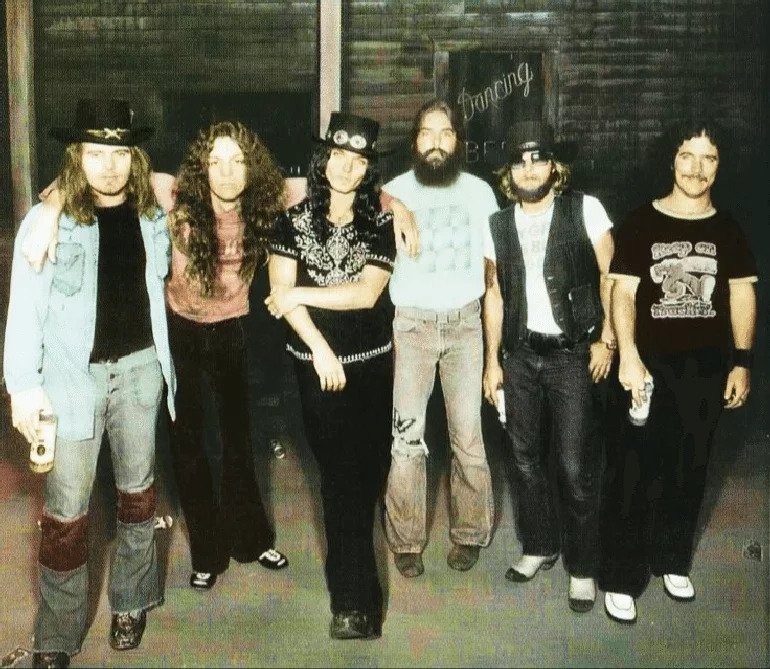 This is one of the many songs in rock and roll about a manager. It is a deep album cut that I’ve always liked.

Cry For The Bad Man is about Alan Walden, Skynyrd’s manager before they signed with Peter Rudge. Lead singer Ronnie Van Zant was very close to Walden and even served as best man at his wedding, but he was outvoted in the decision to fire him. Walden later explained that he tried to keep the band financially sound and get them to be responsible with their money, but they rejected these efforts.

Walden was trying to get them to watch their money at a time when they just got the opening slot for The Who. Keith Moon liked the band and taught them costly habits like trashing hotel rooms and drinking the best liquor. Van Zant would later state that he regretted writing this song. Alan Walden’s brother was Phil Walden who managed The Allman Brothers.

The song was on the 1976 album Gimme Back My Bullets. The band was short one guitar player when they made the album. Ed King had left in the middle of a tour in 1975. It’s still a good album but not as strong as the previous three. After this album, they were looking for a 3rd guitarist. Leslie West of Mountain auditioned but he wanted to change their name to Lynyrd Skynryd featuring Leslie West…Ronnie Van Zant put an end to that.

Their backup singer Cassie Gaines started to tell them about her brother Steve who played guitar and would be a good fit. They thought…sure Cassie I’m sure your little brother is great. She kept pestering them until they finally gave him a chance when they played in Kansas. Steve Gaines got up on stage and blew them all away. Not only was he great…he was probably better than most guitarists in big bands at the time. He changed their sound to a more blues/jazz feel along with the rock.

They would bounce back that year with Gaines and cut the live album One More From The Road which peaked at #9 in the Billboard Album Charts, #49 in Canada, and #17 in the UK in 1976. The live versions of Gimme Three Steps and Free Bird are the versions most people remember.

Cry For The Bad Man

Well, you treat me right baby, I´ll treat you right
That´s the way its supposed to be
I put my faith down in my friend
And he almost put an end to me
Well I work seven days a week
Eight when I am able
When you take money from me you take food from my mama´s table
Let´s cry for this bad man
I wrote a song for the bad man

Oh baby straight to you
He´s so bad, so bad

14 thoughts on “Lynyrd Skynyrd – Cry For The Bad Man”