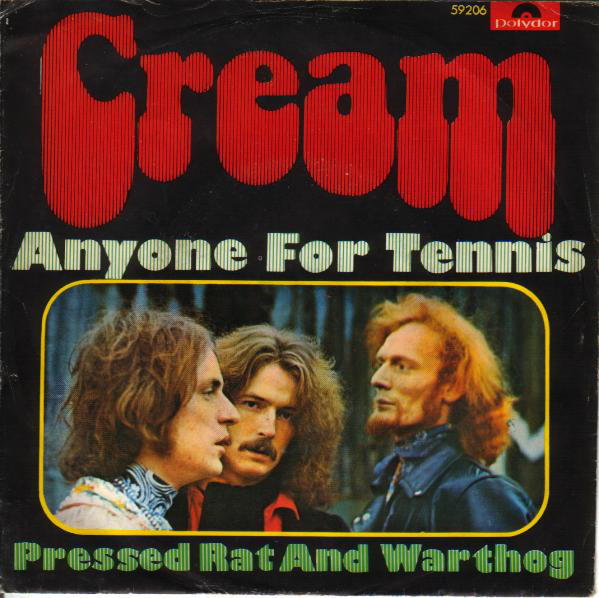 It was my senior year in high school and I was listening to Cream’s greatest hits on a spring day. I had the greatest hits cassette in my car…I heard this song with the windows down and at first, I thought…no this can’t be Cream. It grew on me and I love the song. I like when a band does something different. After blitzing audiences with Crossroads, Whiteroom, Sunshine of Your Love, and Strange Brew…out comes this song. It’s not my favorite Cream song…that would be Badge but this one always makes me smile.

The song was recorded during the Wheels On Fire album sessions but not released on that album. Eric Clapton and Martin Sharp wrote the song for the film  The Savage Seven released in 1968. It peaked at #64 on the Billboard 100, #37 in Canada, and #40 in the UK and was released on that soundtrack and a single.

Cream released four albums in four years and called it a day in 1969. They would split with Clapton having the most successful career. They would reunite in 1993 for their induction into the Rock and Roll Hall of Fame. They had a proper reunion in 2005 with four shows at Royal Albert Hall and three shows at Madison Square Gardens.

I remember the 40th Atlantic Anniversary concert held on May 11, 1988. It was rumored that Led Zeppelin and Cream were going to reunite. Led Zeppelin did, probably to their regret, but Cream didn’t attend. I watched it hoping that Cream would play.

Cream appeared on the Smothers Brothers and mimed this song. Who the hell knows what it means but when I heard “And the elephants are dancing on the graves of squealing mice. Anyone for tennis, wouldn’t that be nice?” I was hooked. It’s hard to get it out of your head once you listen to it.

Twice upon a time in the valley of the tears
The auctioneer is bidding for a box of fading years
And the elephants are dancing on the graves of squealing mice.
Anyone for tennis, wouldn’t that be nice?

And the ice creams are all melting on the streets of bloody beer
While the beggars stain the pavements with fluorescent Christmas cheer
And the Bentley driving guru is putting up his price.
Anyone for tennis, wouldn’t that be nice?

And the prophets in the boutiques give out messages of hope
With jingle bells and fairy tales and blind colliding scopes
And you can tell they’re all the same underneath the pretty lies.
Anyone for tennis, wouldn’t that be nice?

The yellow Buddhist monk is burning brightly at the zoo
You can bring a bowl of rice and then a glass of water too
And fate is setting up the chessboard while death rolls out the dice.
Anyone for tennis, wouldn’t that be nice?

23 thoughts on “Cream – Anyone For Tennis”