As a teen, when I first heard these lyrics I liked it right away. Let’s swim to the moon, Let’s climb through the tide…pretty heavy stuff for a 13-year-old. This was released as the B-side of “Love Me Two Times.” The lyrics got to me and also the slide guitar that Robby Krieger played…it is hypnotic.

Jim Morrison wrote the lyrics while he was living on a rooftop in Venice Beach, California. At night everything was clear, so he would look into people’s windows, study what they were doing, and watch their TV sets.

When Jim Morrison first met Ray Manzarek this was the poem that Morrison recited for him that he wrote. Manzarek remembered Morrison from the UCLA film school. He liked the poem so much that he convinced Morrison to form a band.

They first tried to record this song as a straight blues song but it didn’t work as well so Manzarek suggested a “rock tango. This was the first song recorded by The Doors. It was left off their first album because they felt their performance wasn’t good enough. It appeared on their second Strange Days album released in 1967.

The Doors would continue to play this song for years live. It was a song that Morrison could improvise on and he did. Some of the live versions reveal a link to a sort of death by drowning – whether murder, suicide or simply going too far. Morrison sings in live performances, referring to “fishes for your friends” and “pearls for your eyes.” 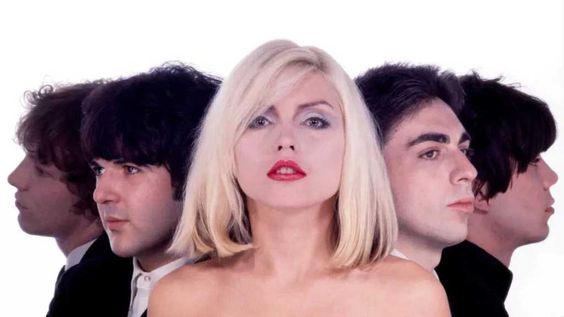 There were bootlegs of Blondie covering this song circulating in the 70s…a live version but not a studio version. The studio version was released on the box set Against the Odds 1974–1982 which was just released in August of this year.

Robby Krieger: I played with the Doors, the first song we rehearsed was Moonlight Drive. I played the slide, and they all loved it; that’s probably why I ended up being in the band. John had brought Jim over to my house one day and I played some slide for them. Then we all got together the next day at this guy named Hank’s house. I had this old Magnatone amp which was really cool.
It was like a Twin, but really funky, and it had a great growl to it. I think one of the speakers was blown. It was kind of like having built-in distortion.

There are two versions of Moonlight Drive on The Doors Box Set. One is the original demo, which I didn’t even play on, and the other version is the very first recording we ever did as the Doors. That version was supposed to be on our debut album, but we ended up not using it, and a different arrangement was recorded for the second album. I always liked that first version! The funny thing is, we lost track of it for years. We finally found it when we were compiling material for the box set.

Ray Manzarek: “I knew instantly we had found ‘it,’ that indefinable, transcendent something that Kerouac refers to, I remember showing Robby the chord changes for a simple ‘G’ progression. He pulled out his bottleneck and said, ‘I’ve got an idea for this, something sort of liquid-like.’ A lot of The Doors music came to be like that – water-y. That came from living on the beach. We were actually there, whereas even The Beach Boys, for instance, didn’t really live on the beach.”

Let’s swim to the moon, uh-huh
Let’s climb through the tide
Penetrate the evenin’ that the
City sleeps to hide
Let’s swim out tonight, love
It’s our turn to try
Parked beside the ocean on our
Moonlight drive

Let’s swim to the moon, uh-huh
Let’s climb through the tide
Surrender to the waiting worlds
That lap against our side
Nothin’ left open and no
Time to decide
We’ve stepped into a river on our
Moonlight drive

Let’s swim to the moon
Let’s climb through the tide
You reach your hand to hold me
But I can’t be your guide
Easy, I love you as I
Watch you glide
Falling through wet forests on our
Moonlight drive, baby
Moonlight drive

Come on, baby, gonna take a little ride, down
Down by the ocean side, gonna get real close
Get real tight
Baby gonna drown tonight
Goin’ down, down, down