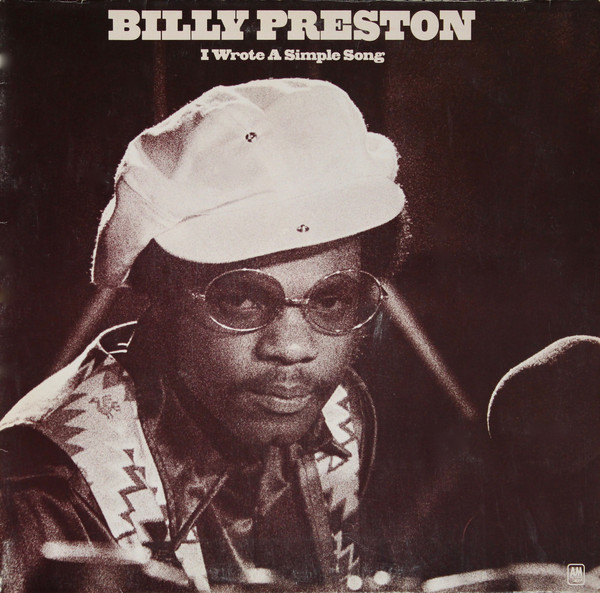 This is a cool funky instrumental by Billy Preston from 1972.

This instrumental was a track from Billy Preston’s sixth album, I Wrote a Simple Song, his first for A&M Records. Preston had faith in the song but A&M placed it on the B side to I Wrote a Simple Song. The same old story here…when the disc jockeys turned the single over they played it more than the A side.

I Wrote a Simple Song,” only peaked at #77 on the Billboard 100 Chart. I’m sure Billy Preston felt good about that.

Like Stevie Wonder was using at the time, Preston used a Clavinet for this song.

Three years before this, Preston played with the Beatles on the Let It Be album. John even suggested that they add him to the band. George Harrison kept working with Preston, using him on his 1970 solo album All Things Must Pass. When Harrison embarked on his only solo tour in 1974, Preston was in his band, but a big enough star in his own right to get some of his own songs in the set, including Outa-Space.

Preston was a top session keyboardist in the 1960s. He ended up backing artists such as Little Richard, Sam Cooke, Ray Charles, the Everly Brothers, Reverend James Cleveland, The Beatles and The Rolling Stones.

This was used in several movies, including the 1973 TV movie Go Ask Alice, Muppets From Space, Rush Hour 2, and The Look of Love.

From Wiki: Preston had suffered kidney disease in his later years. He received a kidney transplant in 2002, but his health continued to deteriorate. He had voluntarily entered a drug rehabilitation clinic in Malibu, California, and suffered pericarditis there, leading to respiratory failure that left him in a coma from November 21, 2005. Preston died on June 6, 2006, in Scottsdale, Arizona.

Groove on the clavinet