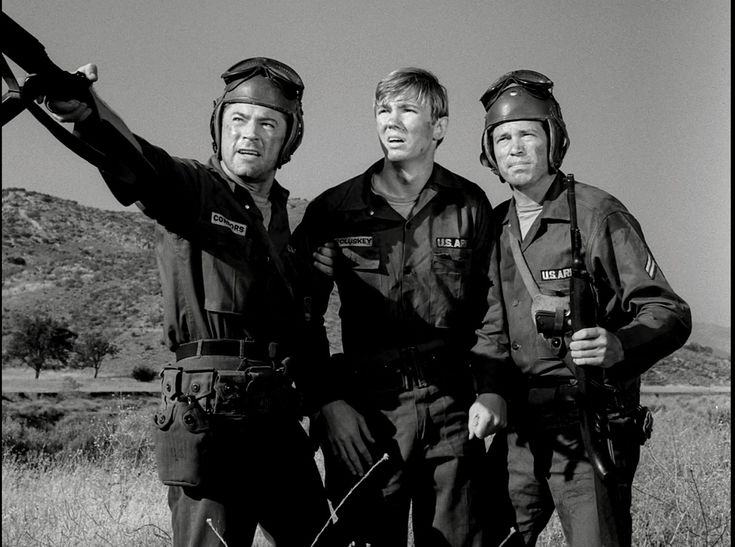 I like this one a lot. You learn some history and enjoy some Time Travel. Warren Oates, Randy Boone, and Ron Foster play three National Guardsmen on war game maneuvers on June 25th, 1964, near the Little Big Horn battlefield where, in 1876, General Custer held his famous last stand with the 7th cavalry against an army of Sioux, which led to their massacre. They find a canteen that appears brand new…but it was from 100 years ago.

As for the characters…There’s the true believer, the sergeant, who seems to have an unbelievably detailed knowledge of the historical event and the greenhorn kid. They all play their parts well. You will not see a lot of locations in this episode but you see the characters, even the skeptic, turn true into believers.

If I would have graded this on a personal scale…it would be a 5. I’m not sure it would be that for everyone. The funny thing is…the 5th season had some known classics and a few not graded so high. Two of those (near the ned) are two of my favorites but I try to grade this more on a masses scale when possible. The 5th season was a roller coaster.

The tank used is an M3A3 Stuart light tank.

June twenty-fifth 1964—or, if you prefer, June twenty-fifth 1876. The cast of characters in order of their appearance: a patrol of General Custer’s cavalry and a patrol of National Guardsmen on a maneuver. Past and present are about to collide head-on, as they are wont to do in a very special bivouac area known as….the Twilight Zone.

A National Guard tank crew on war games suddenly find themselves back in time to June 25, 1876, the day General Custer fought and lost to the Sioux at the battle of the Little Big Horn. They report what they’ve seen and heard but the officer-in-charge is more than a little dubious about what they claim. They return to the area, and when the attack begins, they join the fight. When the commander goes to locate them, he finds something else entirely.

***Before you watch this…they had a bit of fun beeping words to make it sound bad. It is funny I will admit. This is the only one I could find that is not a drawn out review…like the one you are reading!***

Sergeant William Connors, Trooper Michael McCluskey, and Trooper Richard Langsford, who, on a hot afternoon in June, made a charge over a hill—and never returned. Look for this one under ‘P’ for phantom, in a historical ledger located in a reading room known as the Twilight Zone.