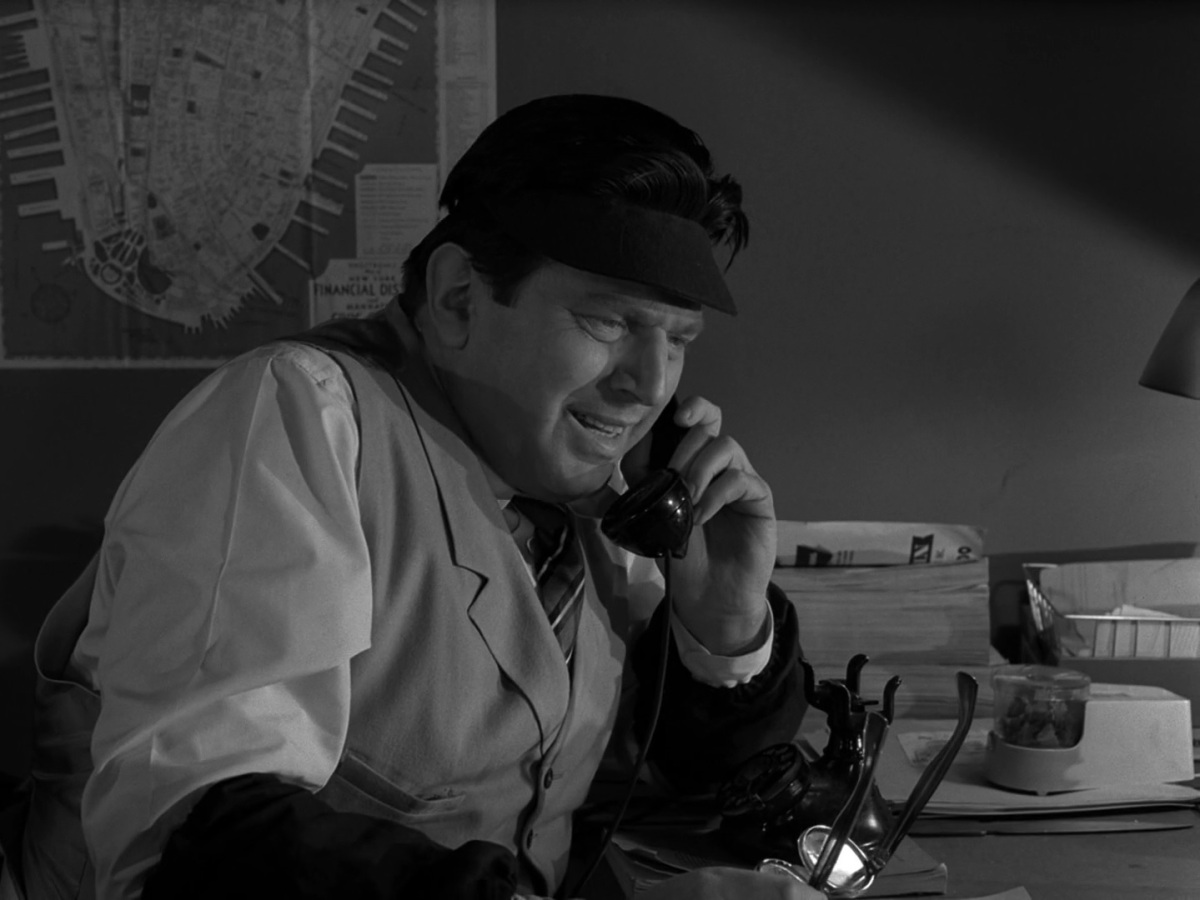 First of all…it’s not a great episode but that doesn’t include Theodore Bikel’s acting job in this one…it’s good…maybe a little over the top. The character is an ordinary man with a god complex that borderlines on cartoonish. He conveys very well that this character is insane. I think Bikel does a good job out of what he had…which wasn’t much. Linden Chiles who plays Mr. Hall does a good job as the FBI agent that shows a great contrast to Bikel’s Mr Crangle.

It’s in my top five of least favorite episodes.  It’s the story that is weak to me. The origin of this story would be the McCarthy witch hunt of the 50s. Anyone that was different would be labeled a communist, subversive, and or thieves.

I love that Serling highlighted that awful period that but the script doesn’t live up to the outrage. I wish he would have hit the mark of McCarthy with a litte more. This is the lowest I have labeled an episode so far…but this is episode 94 so that is not bad since Serling was involved in writing every episode so far. It’s not the worse episode but it’s not up to Twiight Zone standards… which are very high. The ending…I won’t get into what happens but unlike many Twilight Zones…this one is too predictable.

Theodore Bikel, in real life, was a human and civil rights activist who ardently opposed blacklisting and McCarthyism during the 1950s.

This show was written by Rod Serling and Price Day

That’s Oliver Crangle, a dealer in petulance and poison. He’s rather arbitrarily chosen four o’clock as his personal Götterdämmerung, and we are about to watch the metamorphosis of a twisted fanatic, poisoned by the gangrene of prejudice, to the status of an avenging angel, upright and omniscient, dedicated and fearsome. Whatever your clocks say, it’s four o’clock, and wherever you are it happens to be the Twilight Zone.

Oliver Crangle seems to like making other people miserable. He phones a young man’s employer to say that the man is a communist. He phone a school board to tell them a teacher is acting inappropriately with his students. He has a long list of people that he wants to tell on. He even arranges a meeting with an FBI agent and tells him that at 4 p.m. all of the nasty people in the world will undergo a transformation. The agent suggests he seek psychiatric treatment but it turns out he’s right.

Sorry there is not a small clip on youtube of this. Paramount has them locked down.

At four o’clock, an evil man made his bed and lay in it, a pot called a kettle black, a stone-thrower broke the windows of his glass house. You look for this one under ‘F’ for fanatic and ‘J’ for justice in the Twilight Zone.