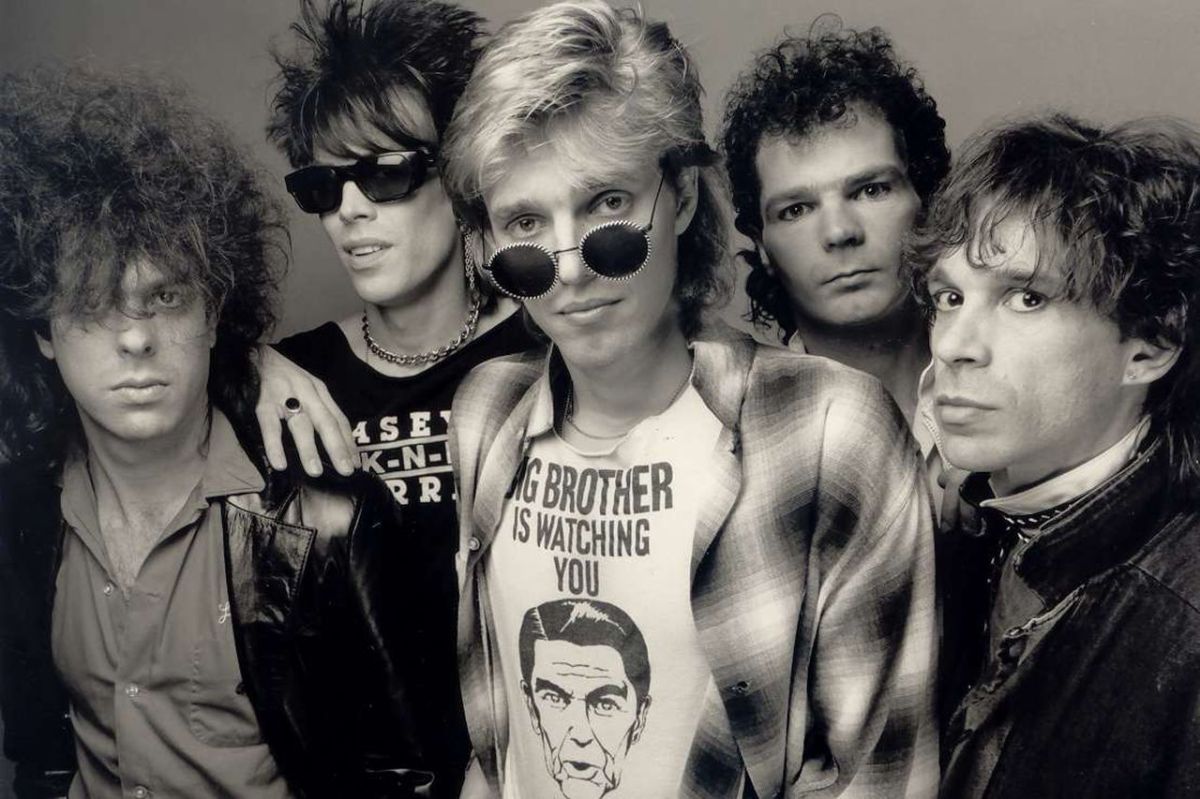 This band had one of the most inspiring rises and the most devastating fall a band could have. They had the help of the biggest rock star in the 80s but that couldn’t stop what was coming. A truly sad story and a what might have been.

When Billy Rancher was a kid…he didn’t dream of rock stardom…it was baseball that he dreamed of. Billy’s father Joe was in the Dodgers minor league system. Billy was born in 1957 and he was an all-city shortstop at Madison High School and played ball for Mount Hood Community College on an athletic scholarship. His mom wanted Billy to finish his education, but his dad died in 1978, and Billy dropped out and concentrated on music.

He taught himself how to play guitar and started a band in Portland, the Malchicks, with his younger brother Lenny. That band soon broke up and Billy formed the Unreal Gods with Jon DuFresne, Bill Flaxel, Alf Rider, and Dave Stricker. The band was a hit in the Portland club scene…they even opened up for Peter Tosh at one point. At this time around 1981, Billy found out that he had cancer. He went to the hospital and he was cleared of cancer afterward.

The band raised some money and went to New York to record for Joe Delia, a session musician and independent producer.

They rehearsed at an auto-body shop, a favorite rehearsal spot for local bands. They noticed someone walking through…and that someone was Bruce Springsteen. Bruce helped to get the Unreal Gods into the Power Station…a famous studio…which was the place to record in the Big Apple. The Rolling Stones were putting down tracks there at the time.

Clive Davis, head of the Arista label, heard about this Portland band that had impressed Bruce Springsteen and hopped a flight to see them. Davis, caught an Unreal Gods show at the club Starry Night. He signed them the next day.

The label hired Men at Work producer Peter McIan to produce them. Right away the band were at odds with Mclan…he wanted to take their rawness away. Billy argued with him and the band agreed they would have found common ground but it was not meant to be. At this time Billy found out his cancer had come back. The label was sending the band to England to tour but that was put on hold…permanently

Billy fought the cancer and he was thought to be cleared but it then spread through his body. Billy Rancher died on December 2, 1986.  He played live up until before he died.

In 2019 an album named Upstroke Down was released and featured some of the songs they were working on for Arista and others that sat in the vaults…including Uptown.

Jon DuFresne: Stuff started showing up on YouTube, I’d think, Wow, that was me. There we all are. There’s Billy. Did that really happen?

43 thoughts on “Billy Rancher and The Unreal Gods – Uptown”