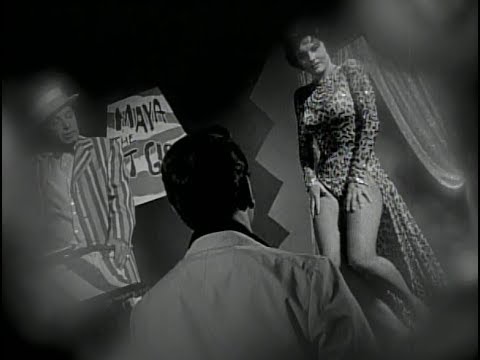 This one gets really creepy. Filmed in black and white works in the favor of this episode. It’s never been a favorite of mine but does have some scary scenes. I like the way they do the eerie dream scenes. A carnival at night with a cloudy atmosphere that is downright creepy. Suzanne Lloyd is stunning as Maya in Edward’s nightmares and as the secretary Miss Thomas.

The end has a nice twist but it’s not a classic episode but a good one.

This was the first Twilight Zone episode aired that was written by Charles Beaumont and also the first that was not written by Rod Serling. This episode was based upon a short story of the same name by Beaumont that was first published in the November 1958 issue of Playboy magazine.

This show was written by  Charles Beaumont

Twelve o’clock noon. An ordinary scene, an ordinary city. Lunchtime for thousands of ordinary people. To most of them, this hour will be a rest, a pleasant break in a day’s routine. To most, but not all. To Edward Hall, time is an enemy, and the hour to come is a matter of life and death.

Edward Hall seeks the help of a psychiatrist, Dr. Rathman. He tells the doctor he hasn’t slept for days, and has been taking pills to stay awake, because he has a fear that if he does go sleep, he’ll die. He’s been having a series of dreams where each on’s part of a long story – like chapters in a book. The main character in his dream other than himself is a beautiful young woman, named Maya. He’s now reached the point of the story where he believes Maya will kill him and so he’s terrified to fall asleep.

They say a dream takes only a second or so, and yet in that second a man can live a lifetime. He can suffer and die, and who’s to say which is the greater reality: the one we know or the one in dreams, between heaven, the sky, the earth – in the Twilight Zone.