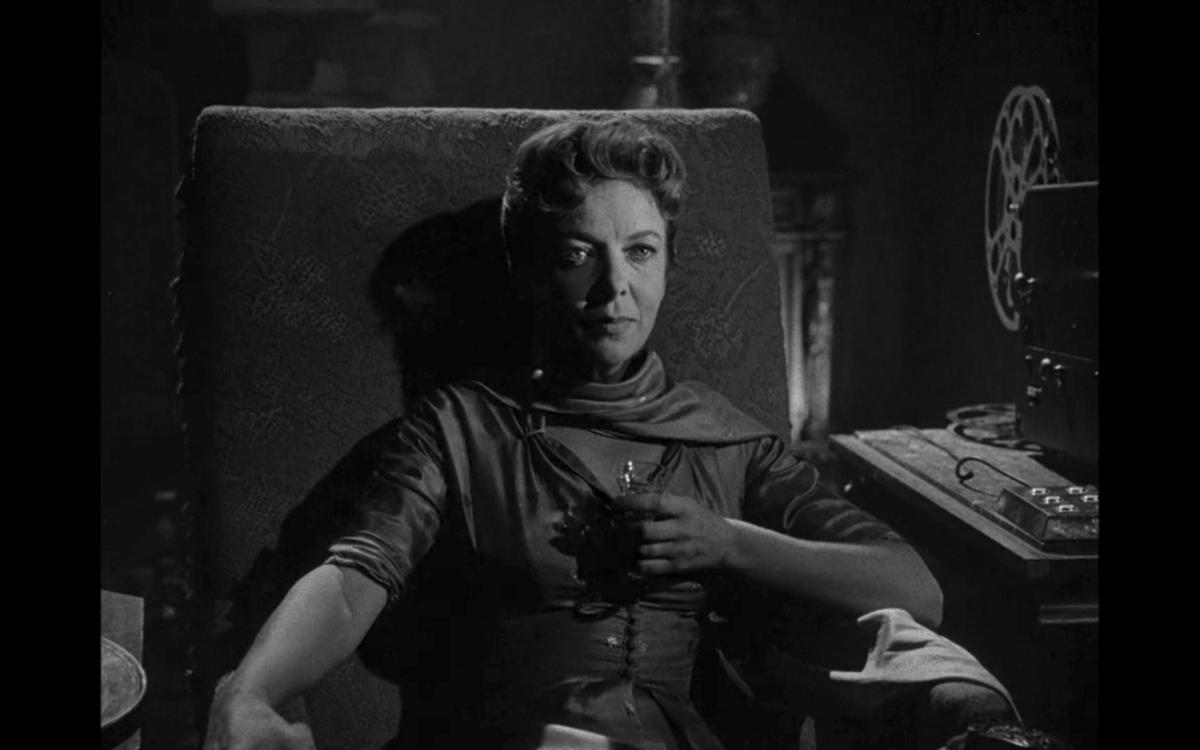 This episode has more than a strong resemblance to the film Sunset Boulevard. Barbara Jean Trenton who is played by the great actress and director Ida Lupino is an aging actress who continually looks back at her old films and forgets the world has gone on. The ending has a good twist but something about the episode just doesn’t live up to some of the great ones. Saying that, it still is a very good episode…an average Twilight Zone is better than many other’s best shows.

Martin Balsam makes an appearance as her agent Danny Weiss. We will see Martin again in the fourth season in a much scarier role. He was also in the 1985-87 reboot Twilight Zone. I remember him the most in 12 Angry Men and his appearances many 60s and 70s tv shows.

Ida Lupino has 42 credits to her name as a Director.

Picture of a woman looking at a picture. Movie great of another time, once-brilliant star in a firmament no longer a part of the sky, eclipsed by the movement of earth and time. Barbara Jean Trenton, whose world is a projection room, whose dreams are made out of celluloid. Barbara Jean Trenton, struck down by hit-and-run years and lying on the unhappy pavement, trying desperately to get the license number of fleeting fame.

Former queen of the silver screen, Barbara Trenton’s a woman who lives in her past – watching her movies from more than 25 years earlier. Her housemaid, Sally’s worried by her behavior, and tells Barbara’s friend, and agent Danny Weiss. He tries to make Barbara move on, even getting her a role in an upcoming film. But Barbara lives in the past and won’t accept that she’s older now

To the wishes that come true, to the strange, mystic strength of the human animal, who can take a wishful dream and give it a dimension of its own. To Barbara Jean Trenton, movie queen of another era, who has changed the blank tomb of an empty projection screen into a private world. It can happen in the Twilight Zone.