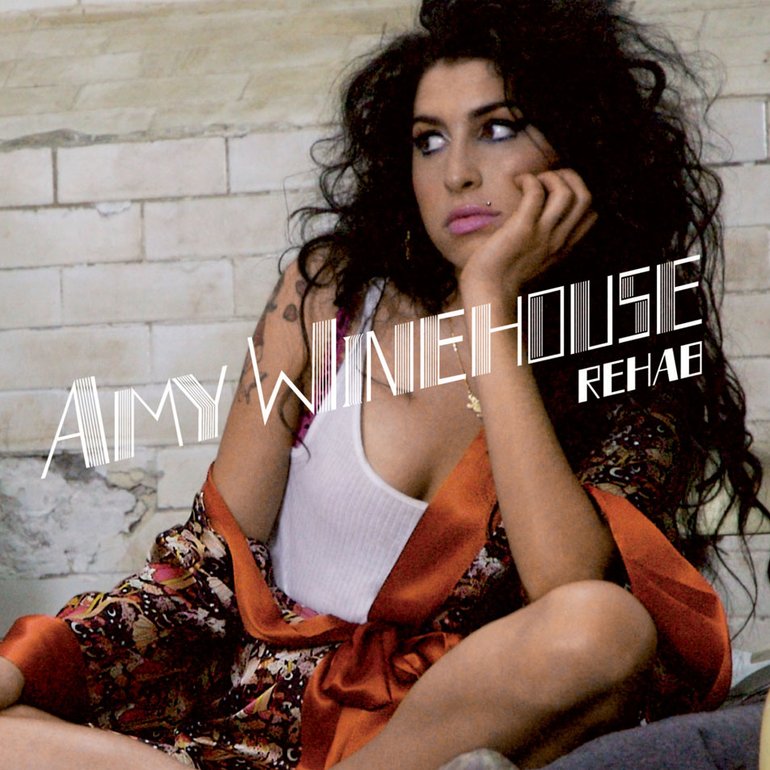 I really liked Winehouse when I first heard her. She combined a retro-soul sound with the 2000s.

Her previous management company wanted her to go into rehab but she said she didn’t need to. Her father agreed, adding that she wasn’t an alcoholic but had been drinking too much because she was lovesick.

The song is heartbreaking in a lot of ways. Winehouse did a few stints in rehab to treat her drug and alcohol addiction, but it was ultimately unsuccessful. She was found dead in her London home on July 23, 2011, of alcohol poisoning. She was one of the most influential singers of the 2000s.

This won a Grammy for Song Of The Year, Female Pop Vocal Performance and Record Of The Year. Winehouse also won for Best New Artist, and performed a medley of songs that were televised from London. Mark Ronson won for producer of the year.

Amy Winehouse: “With ‘Rehab’ I was walking down the street with Mark Ronson, who produced my last album. I just sang the hook out loud. It was quite silly really.”

“Yeah, I sang the whole line exactly as it turned out on the record! Mark laughed and asked me who wrote it because he liked it. I told him that I’d just made it up but that it was true and he encouraged me to turn it into a song, which took me five minutes. It wasn’t hard. It was about what my old management company wanted me to do.”

At only 27 years old, she joined the “27 Club,” which I hope ends it’s membership…it has too many members as it is.

This song is autobiographical. Many successful musicians are haunted by their own personal demons of drink and drugs, and Winehouse is no exception. In February 2007 her father gave a candid interview to the Sun newspaper in which he denied that his daughter was an alcoholic, although he admitted that like many single women of her age she sometimes overdid the drink. On one occasion, after splitting up with her boyfriend, she fell over and hit her head.

On August 14, 2007, Winehouse entered The Causeway Retreat, a rehab center in Essex, England, with her new husband (and fellow addict), Blake Fielder. Addiction specialists know that admitting a couple to rehab together is a bad idea, but The Causeway was not an ethical institution: it was shut down amid a host of violations in 2010.

In the documentary Amy, Fielder is shown at the facility badgering Winehouse, putting a video camera to her face and asking her to sing “the new, updated version of ‘Rehab,'” presumably making a joke out of it. She refuses.

This won the 2007 Ivor Novello Award for Best Contemporary Song.

Backstage at the Grammy ceremony Mark Ronson recalled to Billboard magazine what it was like playing “Rehab” for Winehouse’s A&R for the first time. “About the first 15 seconds in, he said ‘Rewind, rewind!’ I didn’t think there would be dollar signs lighting up.”

The lines, “I’d rather be at home with Ray” and “There’s nothing you can teach me that I can’t learn from Mr. Hathaway” are references to two of Winehouse’s soul music inspirations: Ray Charles and Donny Hathaway. Hathaway is best known for his duets with Roberta Flack: “Where Is The Love?” and “The Closer I Get To You.”

“When ‘Rehab’ dropped it was just like a newspaper being lit. I wasn’t expecting this song to be the one that did it. We wanted to come in with a cool angle. We thought putting Ghostface Killa on ‘You Know I’m No Good’ would be the big hit. It wasn’t until people heard ‘Rehab’ that they really got it.”

Winehouse was backed by they Brooklyn band The Dap-Kings on this track – longtime fan Mark Ronson hired them. The group, who typically recorded with vocalist Sharon Jones, ended up joining Winehouse on her 2007 US tour. Jones seemed to be left in the lurch, but the wave of interest in Winehouse drew attention to Sharon Jones & the Dap-Kings, earning them many new fans.

I’d rather be at home with a Ray
I ain’t got seventy days
‘Cause there’s nothing, there’s nothing you can teach me
That I can’t learn from Mr. Hathaway

The man said, “why do you think you here?”
I said, “I got no idea.”
I’m gonna, I’m gonna lose my baby
So I always keep a bottle near
He said, “I just think you’re depressed.”
This, me, yeah, baby, and the rest

They tried to make me go to rehab
But I said, “no, no, no”
Yes, I been black
But when I come back, you’ll know, know, know

I don’t ever want to drink again
I just, oh, I just need a friend
I’m not gonna spend ten weeks
Have everyone think I’m on the mend