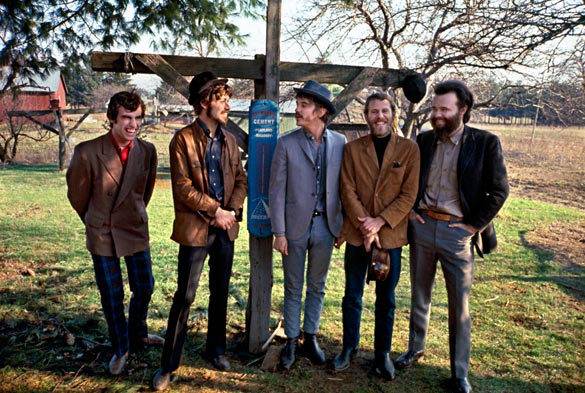 I’ve heard many versions of this song but when I heard Rick Danko sing it with the Band…that was it.

Long Black Veil was written in 1959 by Danny Dill with Marijohn Wilkin. Dill called it an “instant folk song.” One of Dill’s inspirations was a newspaper story about a mysterious woman who, wearing a black veil, repeatedly visited the grave of film star Rudolph Valentino.

Long Black Veil tells a compelling story from an unusual perspective. It is told from the grave by a man who was hanged for a murder he did not commit. He could have saved himself but chose not to because his alibi carried a terrible price: “I’d been in the arms of my best friend’s wife.”

It was originally recorded in Nashville by Lefty Frizzell, produced by Don Law. The peaked #6 on the Country Music Charts.

The Band’s version was on Music from Big Pink. The album peaked at #30 in the Billboard Album Charts and #18 in Canada in 1968.

Now considered a standard, it has been covered by many artists including Johnny Cash, Joan Baez, Dave Matthews, Emmylou Harris, Bruce Springsteen, Bruce Hornsby, and many other artists.

The judge said “Son, what is your alibi?
If you were somewhere else then you won’t have to die”
I spoke not a word although it meant my life
I had been in the arms of my best friend’s wife

She walks these hills in a long black veil
She visits my grave where the night winds wail
Nobody knows, no, and nobody sees
Nobody knows but me