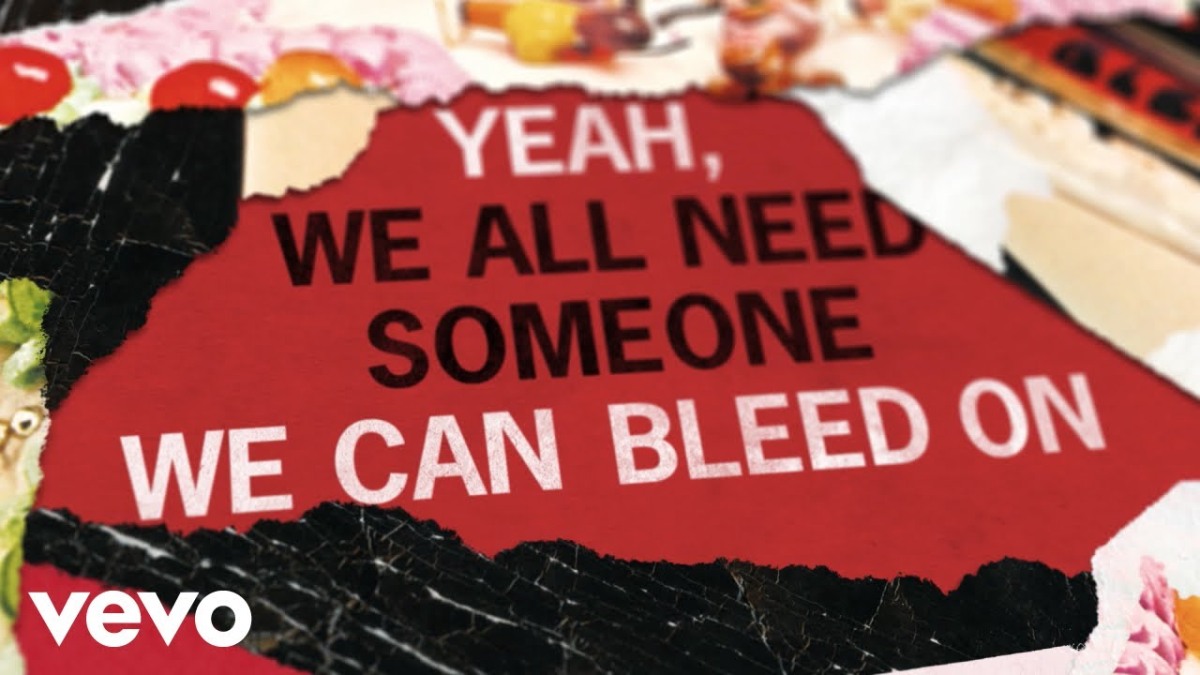 This song is why I first bought this album. I heard it and it’s country/blues/rock style stayed with me. The song sounds low down, dirty, and sleazy…that only the Stones can deliver.

Keith Richards’ fingers began to bleed as he played acoustic guitar for hours while Mick Jagger worked with an engineer on the drum track. The title came from Keith’s desire to record his track. At least that’s the story the Mick and Keith tells. The phrase “Let It Bleed” is an intravenous drug user slang for successfully finding a vein. The syringe plunger is pulled back and if blood appears, it is called letting it bleed.

This was recorded around the same time as The Beatles Let It Be, but the similar titles were just a supposed coincidence.

The Stones recorded this after the death of Brian Jones but before Mick Taylor joined the band as his replacement. As a result, Keith Richards played both acoustic and slide electric guitar, and Bill Wyman played bass and autoharp.

The song wasn’t a single but the album (also named Let It Bleed) peaked at #3 in the Billboard Album Chart in 1969.

This was the first Stones song to also be the album title.

Ian Stewart, often considered “The sixth Stone,” played the piano. This was his only appearance on Let It Bleed.

There are many references to sex and drugs in the lyrics to this track – an example of the Stones writing about what they knew.

Autoharp is a string instrument with a series of chord bars attached to dampers which, when pressed, mute all but the desired chord. An autoharp is not really a harp – it’s a zither.

The English TV cook and author Delia Smith baked the cake on the album sleeve before she became famous. She got the gig through being a friend of the photographer, Don McAllester. In 1971, two years after the release of Let It Bleed, Delia Smith’s first cookery book, How To Cheat at Cooking, was launched and by the end of the decade she’d become the UK’s best known TV cook.

She said, my breasts, they will always be open
Baby, you can rest your weary head right on me
And there will always be a space in my parking lot
When you need a little coke and sympathy

I was dreaming of a steel guitar engagement
When you drunk my health in scented jasmine tea
But you knifed me in my dirty filthy basement
With that jaded, faded, junky nurse oh what pleasant company, ha

Though, we all need someone we can feel on
Yeah and if you want it, you can feel on me, hey
Take my arm, take my leg
Oh baby don’t you take my head
Hoo

Get it on rider
You can come all over me, yeah

Get it on rider