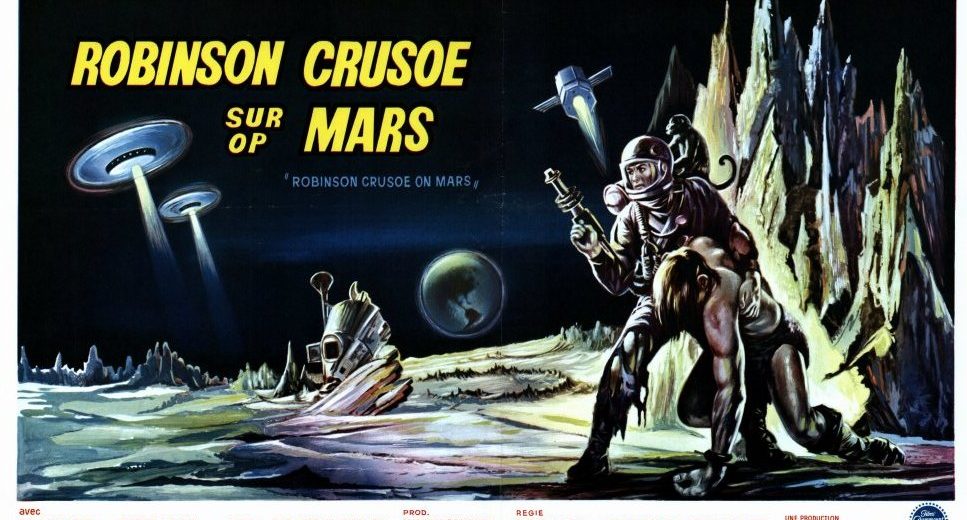 I watched this movie in the early eighties with my dad, it was on the late, late, late-night show and I could not remember the title…with that title, it doesn’t seem possible. I remembered one scene of the movie and googled it for years and 5 years ago…I finally found it. It was better than I thought it would be after watching it as an adult.

The movie was released in 1964 and the special effects were great for being what it was…a 1960s science fiction movie. There are no fake-looking monsters in rubber masks running around and the scenery looks really good. The first half is slow but it picks up well in the second half. Paul Mantee plays the lead role and he does it well. Also, you will see a young Adam West in this one. He is in it a short while.

After a slow start where our stranded astronaut has to find his way around the alien planet, things pick up with the arrival of an odd Man Friday-type who leads him out of the grasp of the aliens who descend with destruction in mind. Mantee holds the lead role together well.

For a low-budget film, this is visually stunning at times. The pre-CGI special effects occasionally fail to convince but the inventiveness of the crew makes it special in its own way.

I would recommend watching this on a slow Sunday. It’s not Star Wars by any means but a fun 60’s movie.

Here is a short description in IMDB

During a flight to Mars in the spaceship Mars Gravity Probe 1, Commander Christopher ‘Kit’ Draper and Colonel Dan McReady are forced to deviate from an asteroid and they leave their spacecraft in pods. Draper lands on the surface of the Red Planet and survives. He learns how to produce oxygen and while exploring the planet, he finds McReady dead in his crashed pod. He finds also the monkey Mona and brings the animal to the cave where he is sheltered. He learns that he can breathe the Martian air for short periods but needs also oxygen. But Mona finds water and an edible plant in the underground. .After a long period alone, Draper feels the loneliness. One day, he sees a spacecraft landing on Mars and he believes it might be the rescue team to save him. But he finds aliens working on the planet and some of them are slaves. One of them flees and stumble with Draper and he names him Friday. Now he needs to find a way to be rescued and return to Earth

25 thoughts on “Robinson Crusoe on Mars”