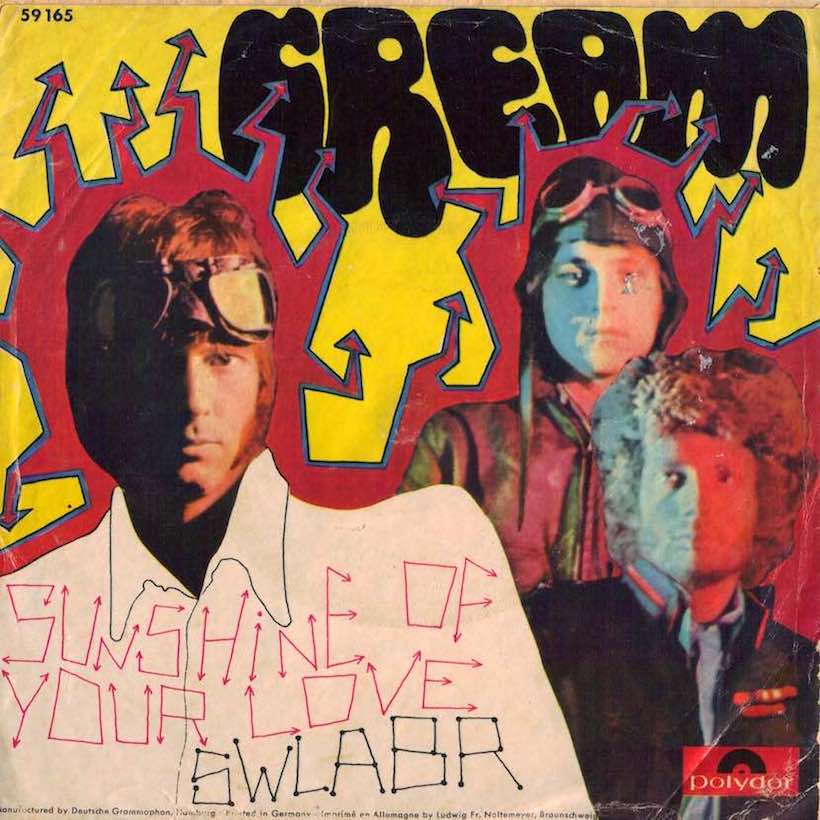 One of the most famous riffs in rock history. The lyrics was written by Pete Brown, a beat poet who was friends with Ginger Baker and Jack Bruce. He also wrote lyrics for “I Feel Free” and “White Room.” Eric Clapton and Jack Bruce wrote the music.

When Cream broke up, Jimi Hendrix played this song on the Lulu show for a farewell to Cream.

Cream played this at the Rock and Roll Hall of Fame on January 12, 1993, when they reunited for their induction. To that point, the only other time the band got back together was at Eric Clapton’s wedding in 1979. Paul McCartney, George Harrison, and Ringo Starr also played together at that wedding.

Pete Brown wrote the opening line after being up all night working with Bruce and watching the sun come up. In a Songfacts interview, he told the tale: “We had been working all night and had gotten some stuff done. We had very little time to write for Cream, but we happened to have some spare time and Jack came up with the riff. He was playing a stand-up – he still had his stand-up bass, because he’d been a jazz musician. He was playing stand-up bass, and he said, ‘What about this then?’ and played the famous riff. I looked out the window and wrote down, ‘It’s getting near dawn.’ That’s how it happened. It’s actually all true, really, all real stuff.”

Jack Bruce’s bass line carries the song. He got the idea for it after going to a Jimi Hendrix concert. When Kees van Wee interviewed Bruce in 2003 for the Dutch magazine Heaven, Kees asked him which of his many songs epitomizes Jack Bruce the most. At first he was in doubt whether he should answer “Pieces Of Mind” or “Keep On Wondering,” but then he changed his mind and opted for “Sunshine Of Your Love.” Because, said Bruce, “It’s based on a bass riff. And when you enter a music shop this is the song that kids always play to try out a guitar.”

Tom Dowd, who worked with most of the artists for Atlantic Records at the time, engineered the Disreali Gears album. Dowd was renowned for his technical genius, but also for his ability to relate to musicians and put them at ease.

When Cream recorded this song, it wasn’t working. In the documentary Tom Dowd And The Language Of Music, he explained: “There just wasn’t this common ground that they had on so many of the other songs. I said, ‘Have you ever seen an American Western where the Indian beat – the downbeat – is the beat? Why don’t you play that one. Ginger went inside and they started to run the song again. When they started playing that way, all of the parts came together and they were elated.”

According to Rolling Stone magazine’s Top 500 songs issue, Jack Bruce knew the song would do well. “Both Booker T. Jones and Otis Redding heard it at Atlantic Studios and told me it was going to be a smash,” he recalled.

One man who was not impressed was Ahmet Ertegun, who was head of the group’s label. When Bruce revealed the song at the sessions, Ertegun declared it “psychedelic hogwash.” Ertegun constantly tried to promote Eric Clapton as the band’s leader, and also didn’t believe the bassist should be a lead singer. He only relented and agreed to champion this song after Booker T. Jones came by and expressed his approval.

This is one of Eric Clapton’s favorites from this days with Cream; he played it at most of his solo shows throughout his career. When Cream played some reunion concerts in 2005, they played the song as their encore.

Jimi Hendrix covered this at some of his concerts, unaware that he was the inspiration for the bass line.

Hendrix did an impromptu performance of the song when he appeared on Happening for Lulu, BBC TV show in England hosted by the prim and proper “To Sir With Love” singer. After playing part of his scheduled song “Hey Joe,” Hendrix stopped the performance and said, “We’d like to stop playing this rubbish and dedicate a song to the Cream, regardless of what kind of group they may be in. We dedicate this to Eric Clapton, Ginger Baker and Jack Bruce.”

Hendrix engineer and producer Eddie Kramer recalled to Toronto’s The Globe and Mail: “Jimi loved Cream, he loved Eric Clapton. It was a fabulous song, he loved to play it, and he would just rip into it whenever the mood hit him.”

This was Cream’s biggest hit. It was their first to do better in the US than in the UK, as they started to catch on in America. In the US, this first charted in February 1968 at #36. In August, after the album came out, it re-entered the chart and went to #5.

Clapton’s guitar solo is based on the ’50s song “Blue Moon.”

Excepting “Strange Brew,” the Disraeli Gears album was recorded in just three days, as the band had to return to England because their work visas were expiring. Engineer Tom Dowd recalls the sessions coming to an abrupt end when a limo driver showed up to take the musicians to the airport. Dowd was tasked with mixing the album in their absence.

Jack Bruce released a new version on his 2001 album Shadows In The Air. Clapton played on it along with Latin percussionists from New York City, which gave it a Salsa sound.

In The Breakfast Club (1985), John Bender (Judd Nelson) tries to liven up Saturday detention by mimicking the riff on air guitar.

Sunshine of Your Love

[Chorus:]
I’ve been waiting so long
To be where I’m going
In the sunshine of your love

35 thoughts on “Cream – Sunshine of Your Love”