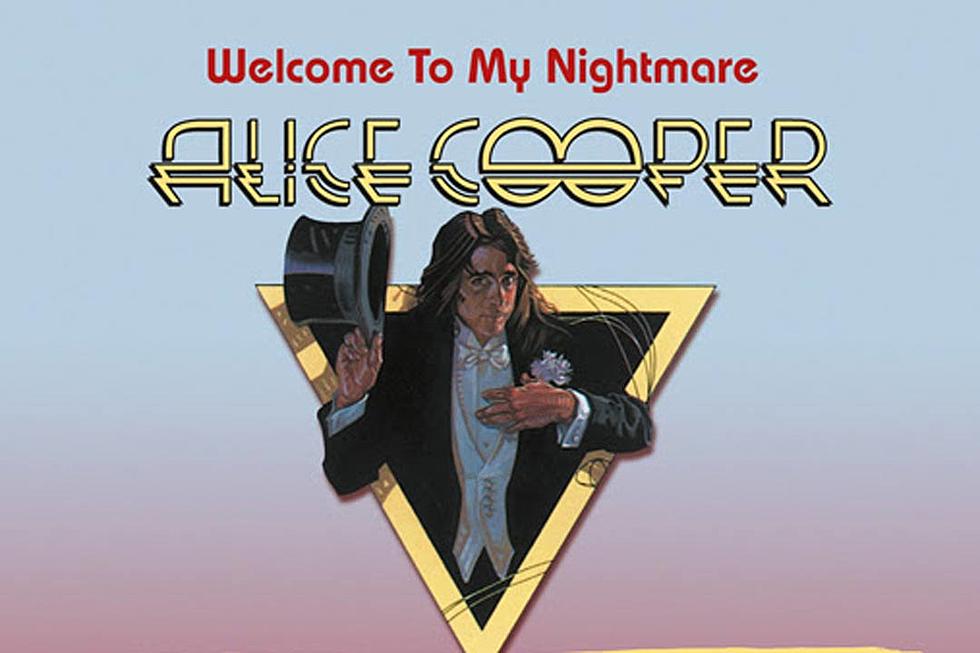 My last Halloween post…hope you enjoy the day and especially the night!

When Alice Cooper released Welcome To My Nightmare in February 1975, he was already one of the most famous rock celebrities on the planet. Between 1971 and 1974, the Alice Cooper Band, which consisted of Cooper himself (born Vincent Furnier), guitarists Glen Buxton and Michael Bruce, bassist Dennis Dunaway and drummer Neal Smith, had notched up an impressive run hit albums.

Alice Cooper: “People would come and see us play and just assume that as I was the lead singer then I must be Alice Cooper,” he explains today. “But originally the band was simply called the Alice Cooper Band. But because everyone thought I was Alice I decided it would be easier and better for the band to simply start calling myself Alice. Of course, later, when I would go solo for Welcome To My Nightmare, I’d really become Alice Cooper.”

This was the centerpiece to Cooper’s 1975 tour, which opened with this song and set the stage for the macabre scenes that followed. Cooper approached the song as a production number, and that’s how he performed it. For the tour, the musicians were hidden in the back of the stage while Alice performed with various dancers and props. He would emerge in a haze of smoke, singing this song on a bed; the rest of the show was based on the idea that we were seeing his nightmares brought to life.

Any meaning in the song is up to the listener, as Alice explained, “I project images to the audience and they make up their own story to fit it. I have no message at all. I never did.”

In 1975, Cooper turned the stage show built around this song into a concert movie called Alice Cooper: Welcome to My Nightmare, and a TV movie called The Nightmare. The famous horror movie actor Vincent Price played “The Spirit of the Nightmare,” narrating the show. The movie was a precursor to long-form music videos, as it was a theatrical production set to music. The most famous long-form video arrived in 1984 with Michael Jackson’s “Thriller,” also featuring narration from Vincent Price.

Welcome To My Nightmare

14 thoughts on “Alice Cooper – Welcome To My Nightmare”