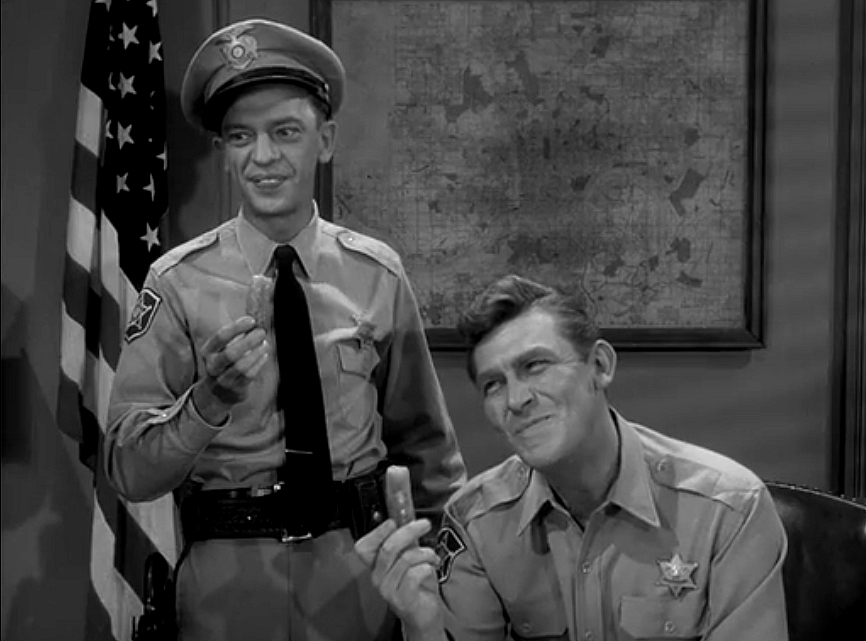 Some shows are easy to pick a classic episode…this one not so much. There are so many to pick from but personally, I really like this one. It was reported that The Pickle Story was Don Knott’s favorite of the series. Aunt Bee was a fantastic cook but don’t ask her to make pickles or marmalade. Andy, Barney, and Opie pays when she does…

“You mean you actually WANT her to make another batch of them kerosene cucumbers?”
” I gotta tell ya, my heart ain’t in this… Well, it’s not so much your heart we need, it’s your stomach”
“I don’t know how I can face the future when I know there’s eight quarts of these pickles in it.“

This show’s writing was top notch. There are a lot of shows that are memorable with The Andy Griffith Show. The Characters are Aunt Bee, Barney Fife, Opie Taylor, Andy Taylor, Clara Johnson, Motorist from Oregon, County Fair Judge

Clara drops by the Taylor house so Bee can sample some of the pickles she’s been working on for the county fair, which are delicious – they’ve won the blue ribbon 11 years in a row. Bee lets her sample some of the pickles that she’s been putting up for the family, which are terrible – the bane of her family’s meals for years. Aghast at the horrible concoction, Clara launches into a long list of polite suggestions that might help to make them better, but Bee waves them off. No less flabbergasted by her “kerosene cucumbers” are Andy and Barney who, unlike Clara, don’t know how to tell her that they’re awful. As a survival tactic, Andy and Barney plot to make her pickles edible by placing store-bought pickles in Aunt Bee’s jars while placing her pickles in store jars with Barney handing them out as gifts to passing motorists heading far away.

The plot works, but then Bee announces her decision to enter her pickles at the fair. Andy and Barney consider letting the matter slide, but when Clara drops by the courthouse to let Andy sample her pickles and pours her heart out about how much winning the contest at the fair means to her, Andy feels bad and suggests to Barney that they reverse their plan by eating all the store pickles so that Aunt Bee will have to make more. They do, she does, and once again they’re terrible – only this time it’ll be according to the judges at the fair. The winner is Clara for the 12th year in a row. Unfazed, Aunt Bee announces to Andy and Barney that, due to their recent appetite for her pickles, she’s made 16 jars for them to enjoy. Along with that terrible news, they also discover she’s started making heinous marmalade.