Anissa was on the popular family comedy called Family Affair. Everyone knew her as Buffy and her TV brother (Johnny Whitaker) as Jody. I watched the show in the early seventies. I watched in syndication and I grew up with Buffy and Jody. It seemed unreal in 1976 when I heard on the news that Anissa Jones had died at the age of 18.

At eight years old, Anissa was cast as Buffy on Family Affair, which aired from 1966 until 1971. Just a year before she started on Family Affair, her parents had gone through a terrible divorce with a long and bitter custody battle for her and her little brother. Sadly, her father died shortly after he was awarded custody in 1973.

She did appear in an Elvis movie “The Trouble With Girls” in 1969.  Family Affair was the last thing she did besides a Dick Cavett appearance.

She was known to be a caring person as a kid up until she died. Earl Graham was the janitor on the set of the show Family Affair. When he passed away during the third year of the show, the cast and crew attended his funeral. By the following Monday, everyone was ready to get back to work. To Anissa, it seemed like everyone was acting like Earl had never existed at all. Anissa went to her mother and asked if she could take an ad out in Variety saying good-bye to her good friend. The ad cost Anissa $400.00. Anissa’s Mom said that was one of her proudest moments as a mother

She was up for the Regan MacNeilpart in The Exorcist but the director was fearful that people would think “Buffy” had been possessed. Her friends and family said she was relieved when she was turned down because she wanted to be with her friends in school. She was also invited to try out for “Easy” Steensma in Taxi Driver but turned it down. She was very intelligent but fell into the wrong crowd.

In 1975 she started to skip school and take drugs and ended up in a juvenile hall for a bit. She eventually dropped out of high school working at restaurants until she was 18 in 1976 and she gained control of 180,000 dollars she got from Family Affair. She fell into the drug culture

On August 28, 1976, Anissa died of a drug overdose. It was ruled an accidental with cocaine, PCP, Seconal, and Quaaludes found in her system. She was at a party with friends. The coroner would call it one of the most massive overdoses he’d ever seen. 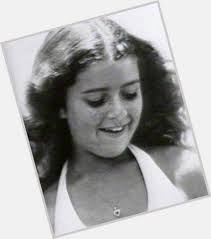 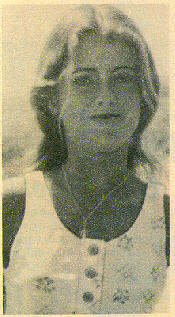