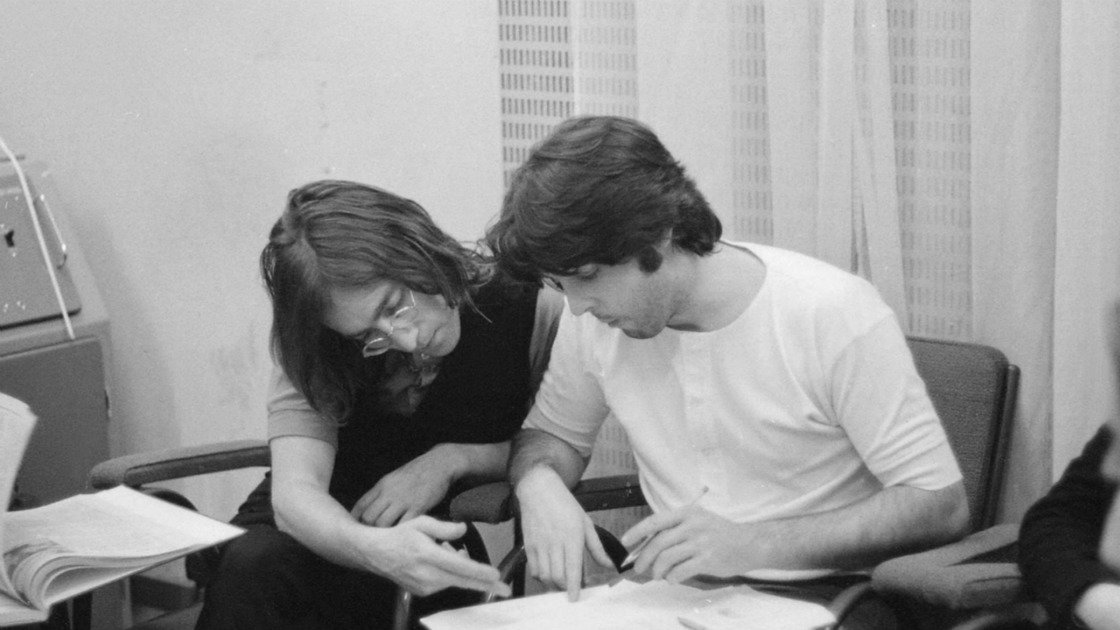 This was not a hit but it was a very poignant song about John Lennon after he was murdered. It was on the Tug of War album and it is a very touching song of Paul having an imaginary conversation with John. It’s a very personal side of Paul that he doesn’t show a lot.

The song peaked at #46 on the Billboard Mainstream Rock Charts.

Paul on the song: “After John died, there’d been a lot of talk about who did what and who liked who and did the Beatles argue. I was almost buying into this idea that me and John were fighting all the time. But I remembered it wasn’t true, so I wrote the song about how, ‘if you were here, you might say this or those… but I know better.’

I remember well some of the things we did. It was really for me thinking about John. We had a great relationship and like any family, there are always arguments, there’s always disputes, but in the end, we loved each other and I wanted to make a song where I actually said “I love you” to John, so that was that song.

It’s quite emotional because it came from a real feeling about him, and I wanted to correct the record in my mind as much as in any one else’s mind. There were some photos from that period which were really beautiful, and there’s just him and me working and you could see we loved each other. So, once all these rumors go about, you almost buy into them yourself. So that song helped me set the record straight.”

McCartney wrote this for John Lennon after his tragic death on December 8, 1980. He sings of the years they spent together in much detail.

Paul McCartney: “The truth of the matter is when John died it was so weird for everyone and obviously for those of us that were near to him it was doubly, triply weird and then there was the obvious sort of thing is anyone going to write a song about John because obviously certainly we all felt deeply enough and normally when we felt deeply enough we committed it to song. I was wondering if I was going to do it but I thought I’m not going to sit down and try to do it but if anything comes sometime I’ll do it. I was one day just sitting quietly in this little room with my guitar and these chords started coming out and I started having these thoughts as if I was talking to myself to John about our relationship and stuff and obviously one of the things that had been funny for me was this idea of when the Beatles broke up we became enemies for a time. But I knew we weren’t and I know for a fact he knew we weren’t too because independently of each other we’d talked nicely of each other but there was a pride thing of two men very difficult business and all that.” (Transcribed from this interview.)

McCartney told The London Times December 5, 2009, that in this song, “I’m talking to John in my head. It’s a conversation we didn’t have.” He added that they were reconciled again by the time of the tragedy: “We were mates. God, that was so cool. It was the saving grace. Because it got a bit sticky after the Beatles. No, we were really good mates again – it was lovely, actually. Performing this song, in New York, where he was killed, is a very emotional affair. The last verse, where I sing ‘and if I said I really loved you, and was glad you came along,’ it’s like singing it to your dad who died.”

During the Q&A Mojo Magazine Session in November 2009, McCartney said that this song is his most difficult to perform: “I realize I’m telling this man that I love him, and it’s like, ‘Oh my god’, like I’m publicly declaring it in front of all these people I don’t know! It’s a good thing to do, though.”

McCartney performed this live on his 2002 release Back In The US.

And if I say I really knew you well
What would your answer be?
If you were here today
Ooo ooo ooo, here today

Well, knowing you
You’d probably laugh and say
That we were worlds apart
If you were here today
Ooo ooo ooo, here today

But as for me,
I still remember how it was before
And I am holding back the tears no more
Ooo ooo ooo, I love you, ooo

What about the time we met?
Well, I suppose that you could say
That we were playing hard to get
Didn’t understand a thing
But we could always sing

What about the night we cried?
Because there wasn’t any reason
Left to keep it all inside
Never understood a word
But you were always there with a smile