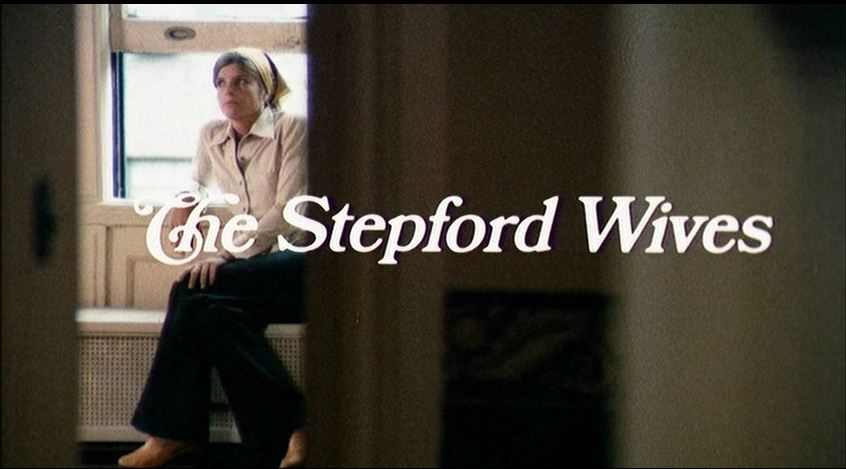 I would not call it a great movie, no one would ever mistake this with Citizen Kane but it is a very interesting sci-fi – horror movie. When I first watched this movie…I did not know what it was about and I ended up liking the twist. I wanted to know where the term came from…Katherine Ross is great as Joanna. I have not watched the remake of it nor have I read the book. I liked how this movie draws you in suburbia only to start hinting at things that were not completely right with the Stepford Wives.

A husband and wife with kids (one kid being future 80s star Mary Stuart Masterson) move from New York City to Fairfield County, Connecticut to a suburb called Stepford. Walter Eberhart (Joanna’s husband) made the decision to move here without much input from Joanna. She is not happy about the move but tries to make the best out of it. Walter joins a men’s social club and Joanna starts noticing the wives not acting normal. All they talked about is cleaning and cooking and are happy all of the time. All the wives have model looks, spotless houses, and are sickeningly optimistic.

Joanna meets two other women (Bobbie and Charmaine) who notice the same thing and together they start investigating what is going on.

After Charmaine takes a trip with her husband, Joanna and Bobbie notice that when she returns she is not the same anymore. She is just like the others. They both at first think the men are adding something to the water but it is much worse than that.

It’s interesting to see Tina Louise from Gilligans Island in this as Charmaine.

The Cast from Wiki